Home  »  Website  »  National  »  He Should Be Sent Back To School: BJP Leader Giriraj Singh Takes A Dig At Rahul Gandhi

He Should Be Sent Back To School: BJP Leader Giriraj Singh Takes A Dig At Rahul Gandhi 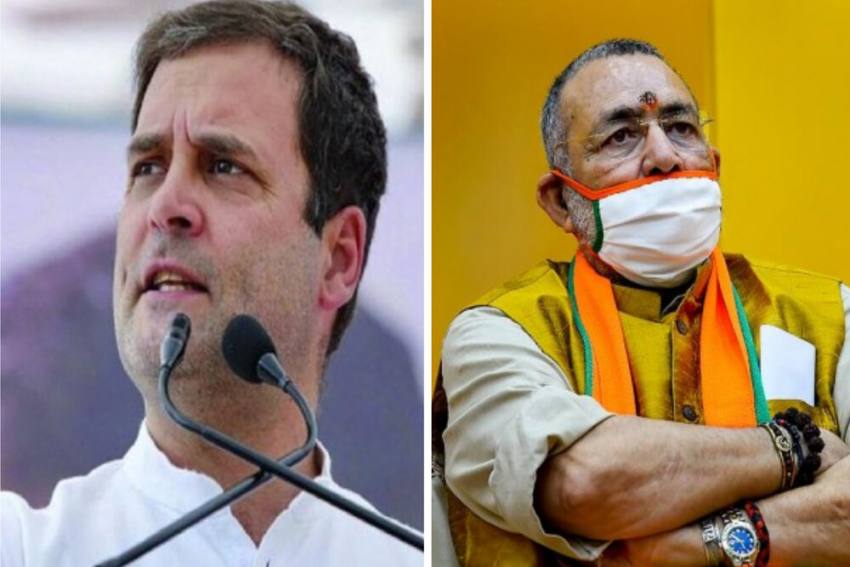 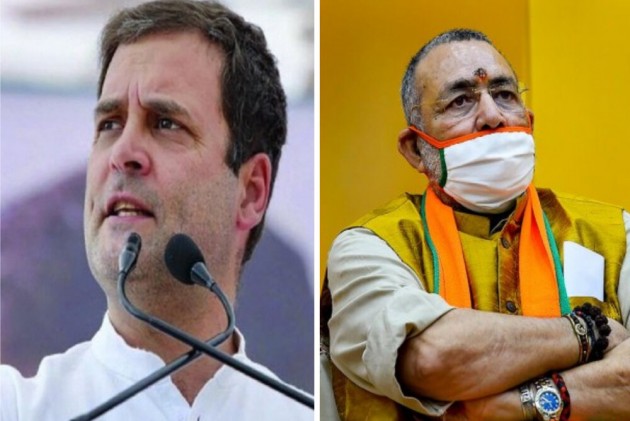 Rahul should be "sent to school" so that he knows what ministries and departments exist under the central government, said Union Minister Giriraj Singh as he attacked Rahul Gandhi over his comments on creating a separate fisheries ministry.

As he slammed the opposition parties and especially Congress, Singh asserted that the period between 1947 and 2014, "those who ruled for generation after generation", gave only Rs 3,682 crore through central allocation for fisheries, whereas the Narendra Modi government has invested Rs 32,000 crore since 2014.

"I have been hurt because of Rahul Gandhi's comments. On February 2, he had an unstarred question but after going to Puducherry and Kochi, (whether) he did not remember, I can not say... He said there is no fisheries department and 'if I come to power, I will have a separate ministry for fisheries'... I am raising a Constitutional issue," said Singh who is the minister for fisheries, animal husbandry and dairying.

"Please send their leader (Gandhi) to school. Tell him what ministries, departments exist or else he will forget what ministries are there under the federal structure," Singh said.

In a written response to Gandhi's question in the Lok Sabha on February 2, Singh's deputy Pratap Chandra Sarangi said in order to address the infrastructure requirement for the fisheries sector, the Department of Fisheries, Ministry of Fisheries, Animal Husbandry and Dairying during 2018-19 was created with dedicated fund namely
Fisheries and Aquaculture Infrastructure Development Fund (FIDF) with a total fund size of Rs 7,522.48 crore.

Last month, Gandhi had talked about the need for a separate fisheries ministry.

He was mocked for his comments by Prime Minister Narendra Modi, Home Minister Amit Shah and several Union ministers as well as BJP leaders who pointed out that the Ministry of Fisheries, Animal Husbandry and Dairying already existed.

Gandhi, later said that he was referring to a separate ministry for fisheries.

"Those who don't know, those whose leader does not know that a fisheries department exists, when was it formed...Modi ji, in 2018-19, made two departments," Singh said.

The growth of the fisheries sector under the Modi government was 10.87 per cent in comparison to 5.27 per cent during the Congress rule, he said.