The poem has immortalized that violence faced by the young Dalit girl who was allegedly raped by the upper caste men in Hathras last year. It is the poetry of witness. 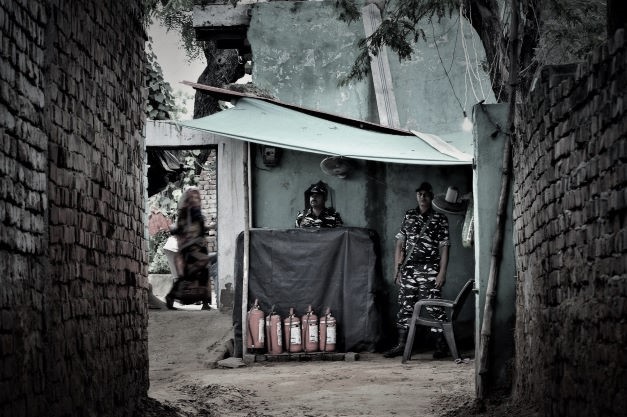 This Will Happen Again

-- (Meena Kandaswamy is a poet and writer)

“Hathras happened at a specific point in time, the culmination of the first six months of the lockdown which saw an exponential increase in domestic violence, rapes and other forms of crimes against girl children and women. It's a caste atrocity, it's an atrocity against a young woman, it's a police atrocity, it's sheer terror in the manner in which the victim's corpse was hijacked by the state machinery. As a Tamil woman, the horror of Hathras also unfolded at a precise moment where rightwing Sanatana forces were upholding the Manusmriti in Tamil Nadu. They were attacking a Dalit leader (Thol. Thirumavalavan) who said that Manusmriti considered all women to be of questionable character. For me it was important to tie up the sexual violence and caste atrocity which unfolds in the physical realm with the ideological violence which is already in existence in the collective psyche."

-- Meena Kandasamy says a year after the Hathras fatal rape incident. At the time, she had written a poem detailing the gruesome rape and murder of the 19-year-old Dalit girl whose body was cremated in the wee hours of the morning by the police."

The poem is an antidote to post-truth politics

Meena Kandasamy makes the violence fresh. Forgetting is convenient. We want to forget uncomfortable truths. The poem has immortalized that violence faced by the young Dalit girl who was allegedly raped by the upper caste men in Hathras last year. It is the poetry of witness.

Poet and human rights activist Carolyn Forché, best-known for coining the term “poetry of witness” says in her anthology, Against Forgetting: Twentieth-Century Poetry of Witness (1993), that we are “accustomed to rather easy categories: we distinguish between ‘personal’ and ‘political’ poems…The distinction…gives the political realm too much and too little scope; at the same time, it renders the personal too important and not important enough. If we give up the dimension of the personal, we risk relinquishing one of the most powerful sites of resistance. The celebration of the personal, however, can indicate a myopia, an inability to see how larger structures of the economy and the state circumscribe, if not determine, the fragile realm of the individual.”

Kandasamy’s poem is a poem that is invested in the social. Truth is always disorienting. Forche arrives at the power of a fact through poetry. It disturbing but it is important to remember that violence repeats itself in the same ways. In a conversation, someone said why must I put “brutally” before rape in this particular context. I said I insist the word be there because the monstrosity of the rape with the neck broken and the tongue gorging out are important. All rapes are hideous crimes.

I was in Hathras a year ago. A reporter, a woman who witnessed a fading crime scene, heard many conspiracy theories, heard many versions of truths mixed to reorganize facts and perceptions and recast them in a way that it was almost unbearable to hear many people say it was the girl’s fault, that she was having an affair with one of the accused, that there was a family feud and it was honor killing.

Everything had been pushed aside. The dying declaration the 19-year-old Dalit girl had made, the fact that her family was one of the only four Dalit families living in that village, the fact that there was segregation, didn’t matter.

In a post-truth world where perceptions drive narratives. In that disappearing crime scene where the body of a young girl was burnt by the police in the wee hours of the morning, there wasn’t much left except the long wait for justice and the memories of the young girl and the despair of the family.

But in the aftermath of the tragedy, a poem was written. In fact, several were written and they are personal and political and will survive all attempts at erasure. Resurrection in today’s post-truth world is how and what we remember. The poem is a reminder. It immortalizes the act of witnessing it as we did in various ways.