The situation remained tense at the Shambu inter-state border on the national highway as protesting farmers threw police barricades into the Ghaggar river. 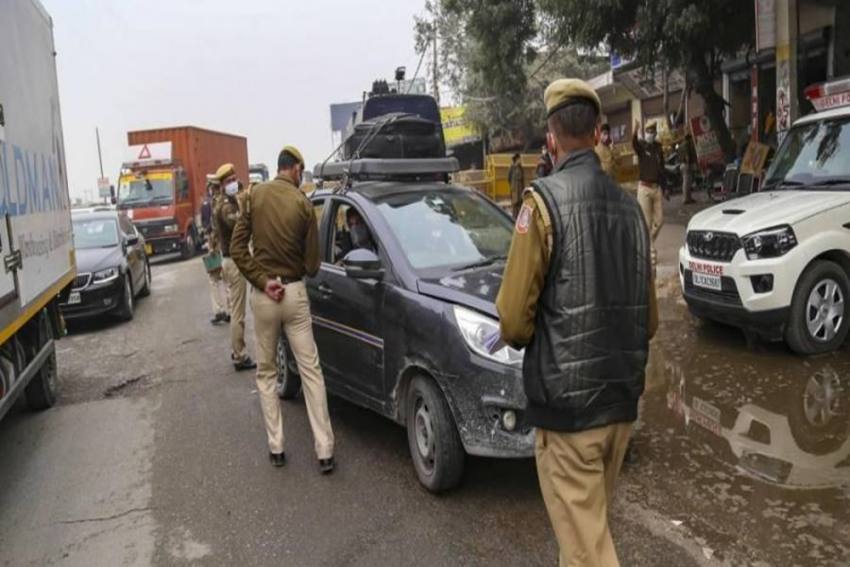 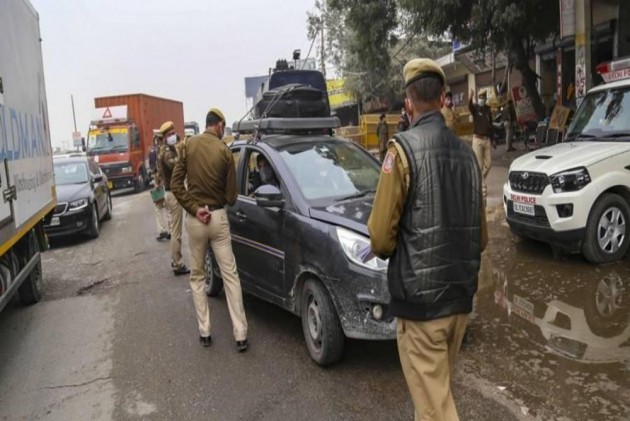 Farmers from Punjab faced water cannons and broke police barriers at the state’s border with Haryana as they pushed towards the national capital Thursday in their “Delhi Chalo” march against the Centre’s farm laws.

At the Shambhu border, the Haryana Police and Punjab protesters in their tractor-trolleys faced each other off on a bridge over the Ghaggar River.

Police made announcements on loudspeakers to ask the farmers assembled on the Punjab side of the interstate border to disperse. As smoke from teargas shells clouded the air and security personnel milled around, people could be seen standing on top of trucks.

The Haryana Police had blocked the Amritsar-Delhi highway at this border point with trucks to stop the farmers’ tractor-trolleys, some of them laden with food.

Farmers chucked some barricades into the river. They were also seen pushing the trucks.

A few protesters initially managed to cross the barricades on foot. Later, police eased the blockade, allowing the protesters and their tractors to proceed on the road to Delhi, 200 km away.

But police barricades were also set up at other points on the highway as it passes through BJP-run Haryana. At Karnal, there was another face-off with the police.

The Delhi Police have beefed up security at its border with Haryana and Uttar Pradesh, in case the protesting farmers make it that far.

In the afternoon, Punjab protesters who had entered Haryana from other border points too were travelling towards Delhi. Large groups of farmers from Haryana itself were also on the move.

“It is condemnable that Haryana Police is using such measures to suppress an assembly of peaceful protesters. We are protesting in a peaceful manner, but they want to prevent us from using our democratic right to protest,” a Punjab farmer told reporters at Shambhu.

The Haryana Police had placed boulders, barricades and parked trucks at multiple border points with Punjab, the Congress-ruled state which is backing the farmers’ cause. But most barricades were lifted a few hours later.

Apart from Shambhu, police used water cannons against protesters trying to enter Kaithal district, and at Khanauri border where farmers are protesting under the banner of Bhartiya Kisan Union (Ekta-Ugarhan).

Union president Joginder Singh said they will hold a peaceful protest there for seven days.

In Gurgaon, Swaraj India president Yogendra Yadav and a group of protesters were detained by police as they tried to march towards Delhi.

The Delhi Police on Wednesday said it has denied permission to farmer organisations which wanted to protest in the national capital on November 26 and 27.

Earlier in the day, there were some demonstrations at Delhi’s border with Ghaziabad in UP, and traffic jams at the Gurgaon border.

Haryana has sealed its borders with Punjab to prevent farmers from entering their state on their way to Delhi.

Prohibitory orders under Section 144 of the CrPC have been imposed in several parts of Haryana to prevent assembly of protesters.

Farmer bodies said they will hold a dharna wherever they are stopped from moving towards the national capital.

BKU (Ekta-Ugarhan) general secretary Sukhdev Singh Kokrikalan has said around 25,000 women will participate in the protest march and over 4,000 tractor-trailers have been arranged for it.

The organisation claimed that over two lakh farmers associated with it will enter Haryana through Khanauri and Dabwali.

The farmers are demanding the repeal of the new farm laws which deregulate the sale of agriculture produce.

They say the laws will lead to the dismantling of the minimum support price (MSP) system.