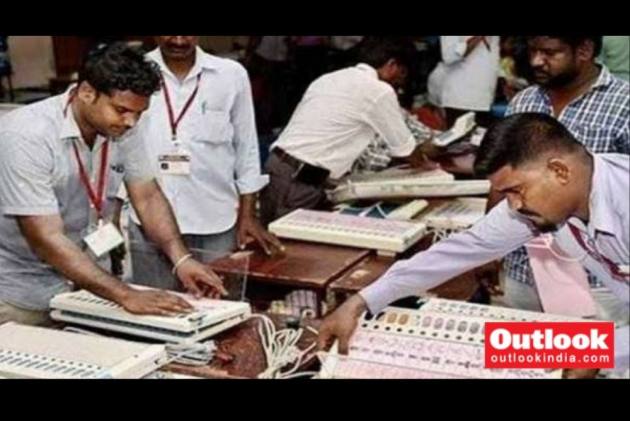 Counting of votes for local body elections in 27 districts of Gujarat began on Tuesday, where BJP took early lead in most of the municipalities, district and taluka  panchayats. The saffron party is eyeing to continue its winning streak ahead of Assembly elections due early next year.

BJP gained  strong lead with 2,085 seats, while the Congress won 602 seats so far
across various municipalities, district and taluka panchayats in Gujarat

The polling took place on Sunday with municipalities recording a voter turnout of 58.82 per cent, while the figure was 65.80 for the district panchayats and 66.60 per cent for taluka panchayats.

As per the results available till 1 pm, the BJP has so far bagged 2,085 seats, while the Congress has won 602 seats across these local bodies, the SEC said.

In municipalities, the BJP has so far won 803 seats and the Congress-159.

In district panchayats, the BJP has till now bagged 246 seats and the Congress-55.

In taluka panchayats, the BJP has so far emerged victorious in 1,036 seats and the Congress in 388 seats.

Interestingly, AAP has become the only opposition party to win the remaining 27 seats. While the Congress, which had won 36 seats in 2015, could not bag even a single seat this time.

On Friday, Delhi Chief Minister Arvind Kejriwal arrived in Gujarat's Surat to "thank" the people of the city, where his party has put up an impressive show by winning 27 seats in the recently-held civic polls. He also took part in a mega road show and held meeting with the newly-elected corporators.

Elections were held for the 8,235 seats, out of which the BJP fielded 8,161 candidates, Congress 7,778, Aam Aadmi Party 2,090, among others, said State Election Commission