BHU Professor Vinay Kumar Pandey explains why Ram Lalla will wear a green dress during Bhoomi Pujan and how it is in accordance with Hindu customs. 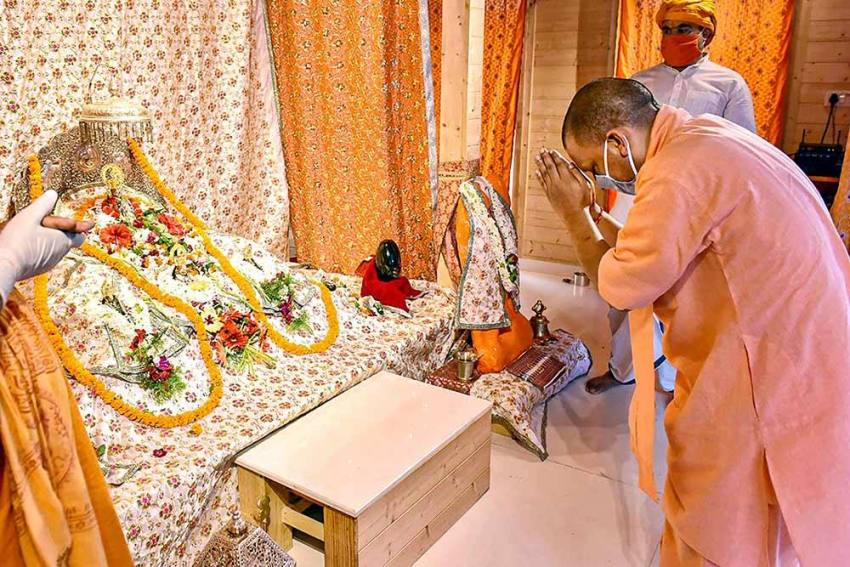 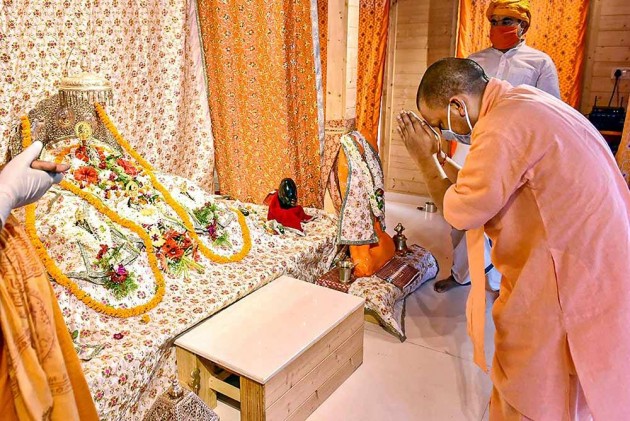 Prime Minister Narendra Modi is going to lay foundation stone of Ram Temple in Ayodhya on Wednesday. The occasion would be graced by 175 seers, intellectuals and dignitaries. The Bhoomi Pujan (prayers) for the event will be under supervision of three Pandits (vedic scholars) from Sanskrit Vidya Dharma Vijnan of the Banaras Hindu University. One of them, Prof Vinay Kumar Pandey, in an exclusive interview to Outlook, describes how the Bhoomi Pujan will take place on August 5. Edited excerpts:

Has the Ayodhya Bhoomi Pujan started?

Yes. On August 3, the process of Ayodhya Bhoomi Pujan started with Ganesh Pujan and then Devta Pujan. Today we are having Hanuman Pujan, Ramarchan Pujan which will go on for over six hours; this is a special prayer which used to be performed by the clan of Shri Ram and his family. Tomorrow the last lap of Bhoomi Pujan and laying of foundation stone will take place.

What will you do Bhoomi Pujan?

The Pujan will start around 8 am, with Ganesh Pujan as, according to Hindu mythology, he is the first deity to be worshipped for good luck and blessings. After that, there will be Kalash Staphna (where a metal pot with large base and small mouth is kept), followed by Swasth Puria Hawachar – which is performed hoping for good (mangal ki kamna karte hai), Nandi Shradh – a prayer for ancestors, Panchang Pujan and then Mukh Shila Pujan (prayers for laying foundation stone), and then finally the Bhoomi Pujan will happen.

What do you think about controversy related to clothes for Ram Lalla?

According to Hindu mythology, names of days are based on planets and all the planets have their own colours. Many people in the religion have faith in it and dress according to it. Similarly, many temples also follow it where gods and the accessories with which the premises are decorated follow the colour scheme. On Sunday it is red, while for Monday its white, Tuesday – red, Wednesday - green, Thursday - yellow, Friday – cream, Saturday - black and navy blue. Since it is Wednesday on August 5, it was decided to dress Ram Lalla in green. There is no big deal about it.

Will Prime Minister Narendra Modi be present for the whole ceremony?

It’s a long prayer and I think it will be difficult for him to be present for the entire time. However, for whatever time PM Modi will be able to join, he will do his Pujan.