As a prominent woman public figure, especially one that dared to disturb the ancien regime, what Gowri Amma had to endure was misogynistic putdowns—a whole history of them, in fact. 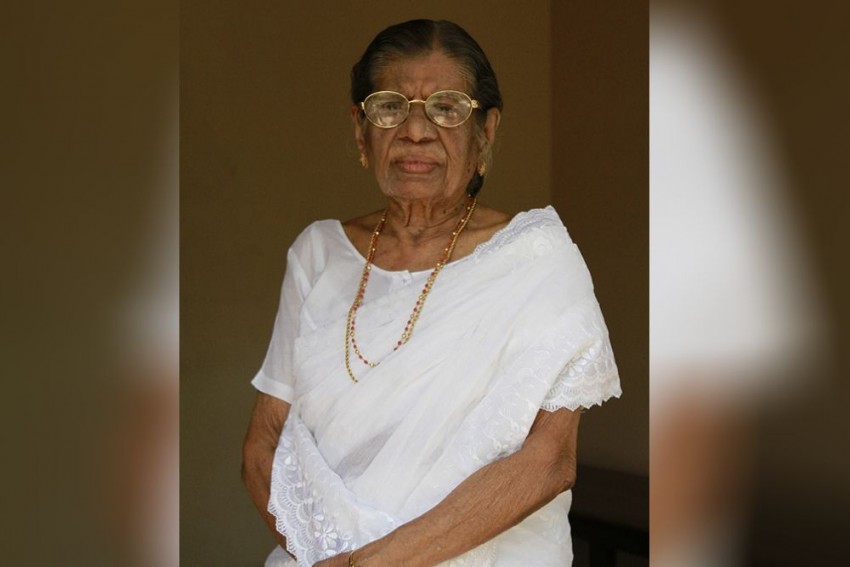 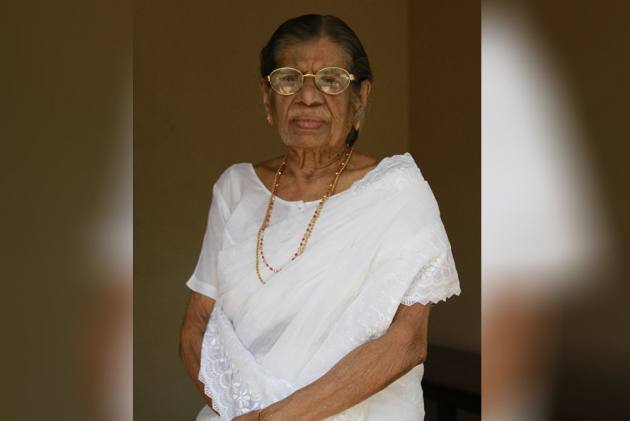 In mid-June, a black-and-white video clip had Kerala’s social media landscape in a sepia mood as viewers caught a rare glimpse into the married life of T.V. Thomas and K.R. Gowri Amma, two of the state’s tallest Communist icons and its most-storied political pairing. The 90-second clip captures the couple sharing a meal at their Alapuzha home and at work in their respective ministries. That the reportedly 60-year-old visuals—which would make them date back to the first, and legendary, EMS cabinet—would go viral was a given, considering the enduring popularity both of the union and Gowri Amma herself, widely considered the best chief minister Kerala never had.

On Tuesday, the firebrand leader turned 101, blowing the candles on her birth centenary, all befitting the occasion—barring the conspicuous absence of the huddle of political figures that marked the day last June. As he did in person on that occasion, Chief Minister Pinarayi Vijayan duly felicitated Gowri Amma on social media by noting that the “political history of Kerala” and growth of Communism in the state cannot be written without accounting for her.

For a time, however, it seemed as if it might.

The first woman advocate from the Ezhava community, Gowri Amma’s ascent from being one of the party’s doughtiest grassroots workers at the van of hugely influential trade union, farmer and worker movements to helming the crucial revenue portfolio in both E.M.S. Namboodiripad’s ministries was meteoric. Those portfolios make her the only surviving member of the world’s first democratically elected Communist government—that happened in 1957 in Kerala, if you discount a minor precursor in the ‘microstate’ of San Marino.

That star rose further after she piloted a historic land reforms bill that catalysed important and long-lasting political, socio-cultural and economic changes in the state. Not to mention, deeply symbolic: an Ezhava woman formally scripting the end of centuries-old feudalism had that same striking historical resonance as Ambedkar writing the modern Indian Constitution.

But as a prominent woman public figure, especially one that dared to disturb the ancien regime, what she had to endure was misogynistic putdowns—a whole history of them, in fact. There was no dearth of slogans that were merely nasty, sexualised jibes in rhyme during the Congress- and Church-led ‘vimochana samaram’ (liberation struggle) against the first EMS ministry. But that was only one bit.

Her private life came in for undue scrutiny and harsh criticism, particularly her marriage to Thomas (the labour and transport minister in the first EMS government). When the Communist Party split in 1964—a hugely contentious period in the state’s history—the couple even ended up in opposing factions, lending the union a persistent ‘star-crossed’ quality that has sometimes overshadowed her many achievements in public memory.

Like her historic land reforms bill, a watered-down version of which took a decade to come into force, Gowri Amma too would have to wait to receive her due. A three-decade-long wait.

“Following the Communists’ victory in 1987, it was thought that her time had finally come. Throughout the election, her name was everywhere on the campaign trail. After stints in the agriculture, social welfare and justice chairs, besides leading the party’s farmers’ and womens’ wings, she had been well-groomed for the top job. But the patriarchal mindset prevalent in the party caused her to be sidelined following the election in favour of E.K. Nayanar,” says eminent journalist and political observer B.R.P. Bhaskar.

“In fact, her career trajectory reflects both the ascent and descent of a women’s empowerment renaissance in Kerala. Till date, the CPI(M) in Kerala has not been able to find a more efficient administrator than Gowri Amma, who enjoyed a good rapport with the bureaucrats under her. And perhaps only the present health minister K.K. Shailaja has come close to her stature and popularity as a woman political leader. Her principled stand on a number of concerns, including the Adivasi land issue (she was the lone voice of dissent against attempts to pare down a 1975 law that would have returned lost forest lands to Adivasis) now offer hints at what might have been,” he adds.

The next “betrayal”, a more enduring one, came in 1994. Gowri Amma was expelled from the CPI(M) for “anti-party” activities. She remained active in politics through the Janathipathiya Samrakshana Samithy (JSS) party she floated, which became part of the Congress-lead United Democratic Front (UDF) for a time. In the mid-2000s, Gowri Amma would serve as agriculture minister under UDF CMs A.K. Antony and Oommen Chandy.

It was only later, when her name (still) carried more power than her aging frame would permit her to wield, that overt overtures—like grand functions on her birthday—began to bring her back into the Left fold.

“Leaders who were silent bystanders when she was expelled now invoke her name openly and call for her to return. Even today, Gowri Amma replies to such entreaties with a question, ‘Why was I thrown out in the first place?’ And to that, there is no comfortable answer,” Bhaskar says.