To the day, of the four convicts on death row, Mukesh Singh’s mercy plea has been rejected and two others, Pawan Gupta and Akshay Thakur, are yet to request for a presidential pardon.

The mercy petition of one of the four convicts, Vinay Sharma, in the Nirbhaya gangrape and murder case has led to an unusual controversy.  Vinay's lawyer claims his client never filed a petition, but the Tihar Jail spokesperson contests him, saying a plea for mercy was registered on November 8 and sent to the home department of the Delhi government.

To the day, of the four convicts on death row, Mukesh Singh’s mercy plea has been rejected and two others, Pawan Gupta and Akshay Thakur, are yet to request for a presidential pardon.

According to Raj Kumar, Additional IG, Tihar Jail, Vinay filed his mercy petition with his thumb impression and signature on November 8.

According to reports, his mercy petition has been rejected by Delhi’s Lieutenant Governor and is pending with the President Ram Nath Kovind for his decision.

On the other hand Vinay’s lawyer, AP Singh claimed that Tihar Jail authorities hatched a conspiracy to exhaust my client's legal remedies fast so that they can be hanged early. 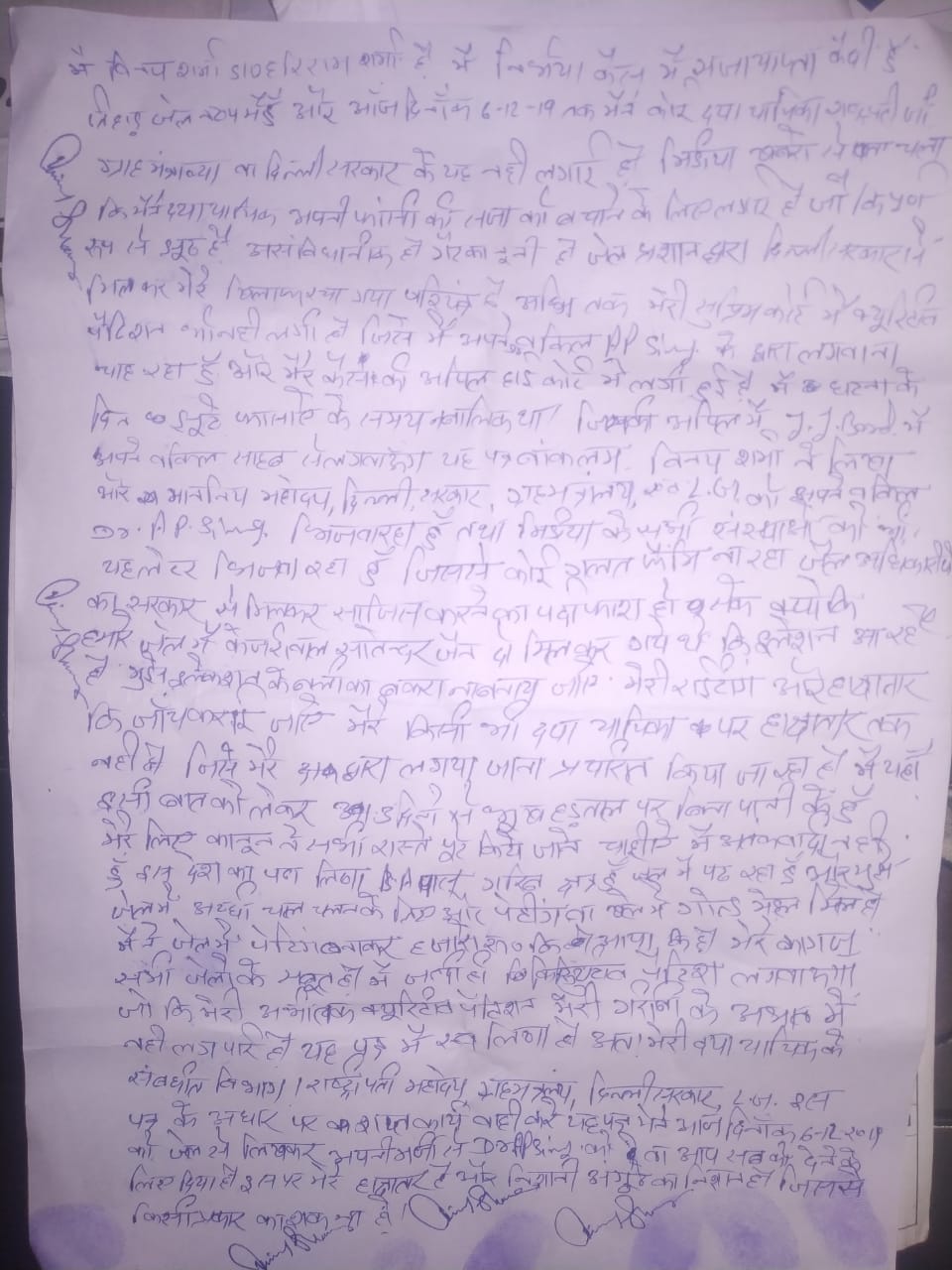 Singh produced a letter bearing a thumb impression and signature of Vinay in which he claimed that he hadn’t filed any mercy petition till December 6, 2019.

He alleged that it is a conspiracy hatched by the Tihar Jail authorities in collusion with the Delhi government.

He said that he would ask for an investigation as this amounts to a grave injustice.

Will the President consider his mercy petition or his letter disputing the same?

“That's is up to the President to decide. I can’t comment on it,” Raj Kumar says emphasizing the mercy petition pending with the President is Vinay’s.

Asked if there is any system of video recording of processing a mercy petition in Tihar Jail, Kumar answered in negative.

Independent experts say that though it looks like delay tactics if there is any substance Vinay's charge, he can ask for an investigation.