The JD(S), which has 34 seats in the assembly, is not in a position to win a seat in Rajya Sabha on its own and will need support from the Congress with its surplus votes. 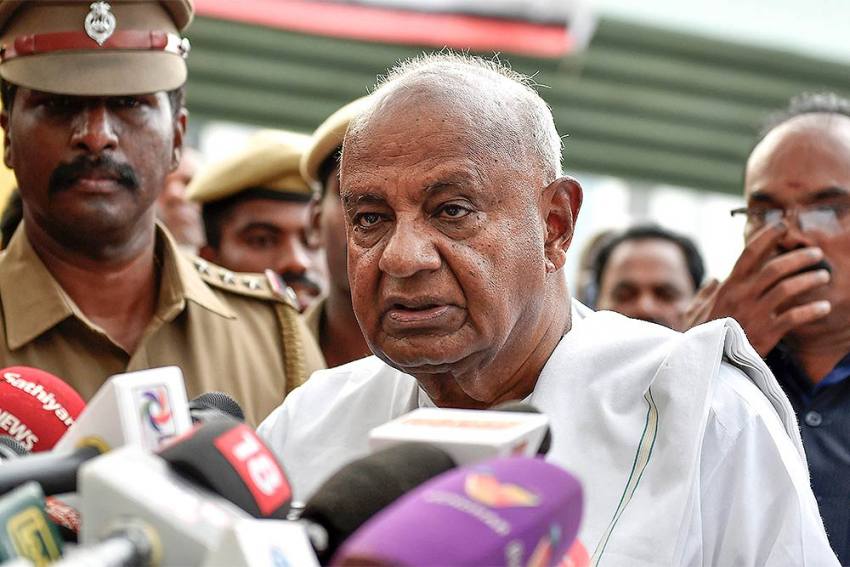 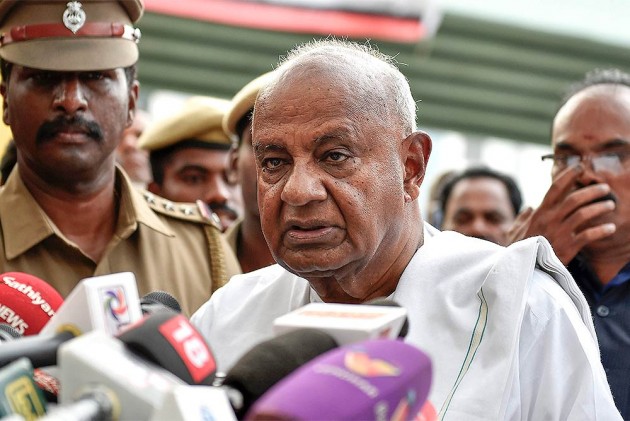 JD(S) patriarch H D Deve Gowda has decided to contest the June 19 Rajya Sabha elections from Karnataka, and will be filing his nominations on Tuesday, his son and former Chief Minister HD Kumaraswamy said on Monday.

He said the Former Prime Minister made his decision following the request of Congress President Sonia Gandhi, several national leaders and party legislators, and it was not an easy task to "persuade" him to enter the Rajya Sabha.

"Former PM HD Devegowda has decided to contest the Rajya Sabha elections at the request of party legislators, INC India Sonia Gandhi Ji and several national leaders. He is going to file his nominations tomorrow. Thanks to Sri Deve Gowda for agreeing to everyone's consensus," Kumaraswamy tweeted.

"From the people, former prime minister DeveGowda has seen success and defeat.

By the people, he has acquired higher positions. It was not an easy task to persuade DeveGowda to enter the Rajya Sabha," he said.

"Finally, HD Deve Gowda responded to everyone's hope and ambition. He will be the state's top representative in the Rajya Sabha," he said in another tweet.

The JD(S), which has 34 seats in the assembly, is not in a position to win a seat in Rajya Sabha on its own and will need support from the Congress with its surplus votes.

A minimum of 44 votes are required for candidates to win. If he wins, this will be the second Rajya Sabha entry for 87-year-old Gowda, the first time being in 1996 as Prime Minister.

Gowda was defeated in Tumkur constituency by BJP's G S Basavaraj by over 13,000 votes in the 2019 Lok Sabha polls.

As joint candidate of the then ruling Congress-JDS coalition, Gowda had chosen to contest from Tumkur at the last minute after vacating Hassan-his home turf, to grandson Prajwal Revanna (a current MP).

Election is scheduled on June 19 to fill four Rajya Sabha seats from Karnataka, represented by Rajeev Gowda and BK Hariprasad of Congress, Prabhakar Kore of BJP and D Kupendra Reddy of JD(S) that will fall vacant on June 25, with their retirement.

June 9 is the last date for filing nominations. With 68 MLAs in the assembly, Congress can win one out of the four seats on its own and has fielded veteran party leader Mallikarjun Kharge as its candidate.

The BJP, with 117 members in the assembly (including Speaker), can ensure easy victory in two seats.

The State BJP core committee on Saturday had recommended three names to high command as probable candidates, out of which two are likely to be finalised.

According to party sources, BJP is unlikely to field a candidate against Gowda.