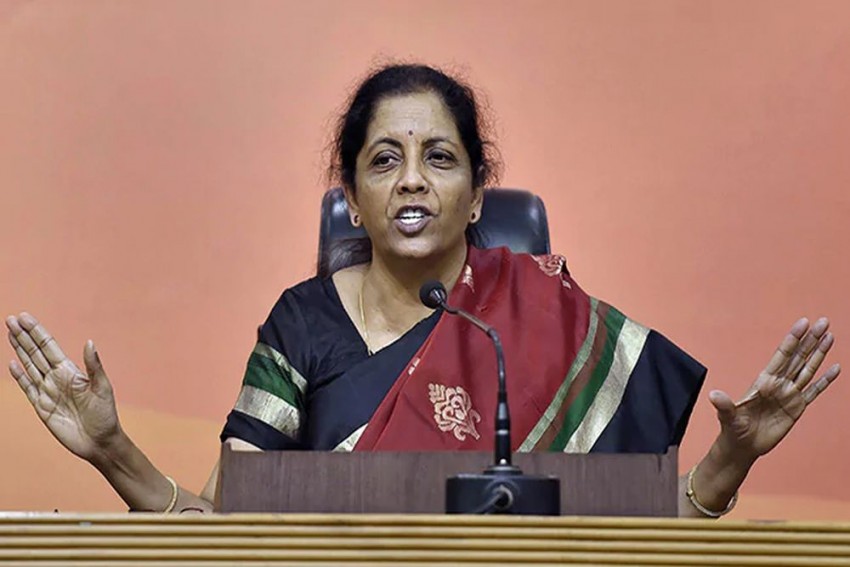 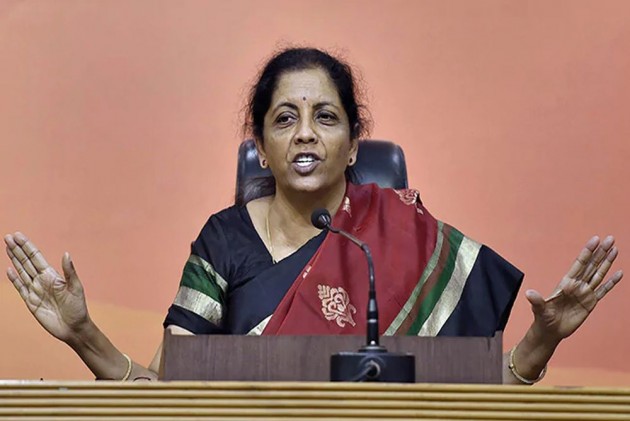 Defence Minister Nirmala Sitharaman on Friday dismissed the media report on the Rafale jet deal as "flogging a dead horse" and accused the opposition of playing into the hands of multinational companies and vested interests.

Sitharaman's suo motu statement came in Lok Sabha in the wake of protests by Congress and other opposition over the report which claimed that the Defence Ministry had protested to the PMO the mechanism being adopted for the Rafale deal.

"They are flogging a dead horse. Periodical enquiries by the PMO cannot be construed as interference," the minister said during the Zero Hour.

The Defence Minister charged the opposition with playing into the hands of multinational companies and vested interests and not working in the interests of the Indian Air Force.

Referring to the report, which claimed that the then Defence Secretary had objected to the PMO allegedly conducting price negotiations with the French company, Sitharaman said the then Defence Minister Manohar Parrikar had replied to the letter asking the official to remain "calm" as everything was "alright".

Sitharaman also alleged that the then Chairperson of the National Advisory Council Sonia Gandhi used to run the PMO regularly during the UPA regime.

"Was that not interference?," she asked.

Congress president Rahul Gandhi on Friday accused PM Modi of robbing the Air Force of Rs 30,000 crore and giving it to businessman Anil Ambani, in "parallel negotiations" conducted by the Prime Minister's Office in the multi-billion dollar Rafale jet deal.

The Congress leader was addressing a press conference on the fighter aircraft deal after a report in The Hindu newspaper quoted a Defence Ministry report that expressed strong reservations on the "parallel negotiations".

"PM Modi himself robbed Air Force's Rs 30,000 crore and gave it to his friend Anil Ambani. We have been raising this since one year. Now a report has come where Defence Ministry officials say that PM was holding parallel negotiations with France government," Gandhi said.

"The Prime Minister should explain to the armed forces, the Air force, why he is interfering with the negotiations?," he said, alleging Modi was looking rattled.

"It is a corporate warfare and the Prime Minister is representing Anil Ambani. The PM is talking about himself does he have a dual personality chowkidar and the chor," he said.

He also claimed that the Supreme Court judgement had become questionable.

"You do whatever enquiry and investigation whatever you want... investigate P Chidambaram and (Robert) Vadra, but also investigate Rafale," the Congress leader said, referring to the questioning of his brother-in-lawÂ  Vadra by the Enforcement Directorate in a money laundering case.

"The entire Supreme Court judgement on Rafale becomes questionable now... because information was withheld by the government," the Congress chief alleged.

Earlier on Thursday, PM Modi had accused the Congress of trying to obstruct the strengthening of armed forces and demanded an answer from the opposition as to for whose favour they want the scrapping of Rafale deal.

"I want to ask what was the reason that not a single new generation fighter plane was provided to our Air Force in the last 30 years," he said at the Lok Sabha.

The Congress has accused the PM Modi government of paying more for the aircraft compared the deal negotiated by the United Progressive Alliance government and demanded a Joint Parliamentary Committee (JPC) investigation into it. They have also accused PM Modi of helping businessman Anil Ambani land an offset contract under the deal even though he had no prior experience in the defence sector.

The new Rafale deal was announced during Prime Minister Narendra Modi’s visit to Paris in April 2015 and was followed by the signing of a Memorandum of Understanding (MoU) between the two countries when the former French President Francois Hollande attended the Republic Day parade in 2016.