FIR Lodged Against Suspended Cops, Who Thrashed Man For Failing To Produce Papers

A sub-inspector and a head constable, who were on duty in Sakarpar area under Khesraha police station limits, suspected the biker of being drunk and beat him up on September 10. 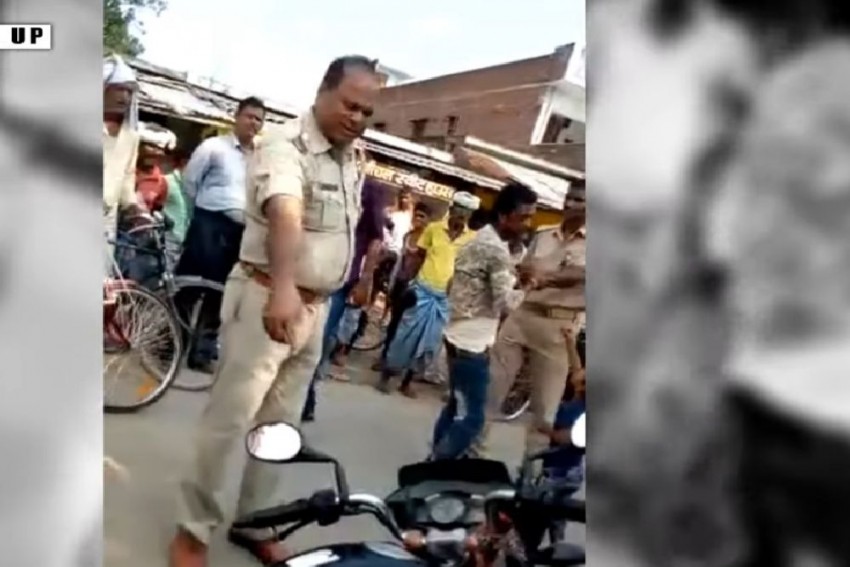 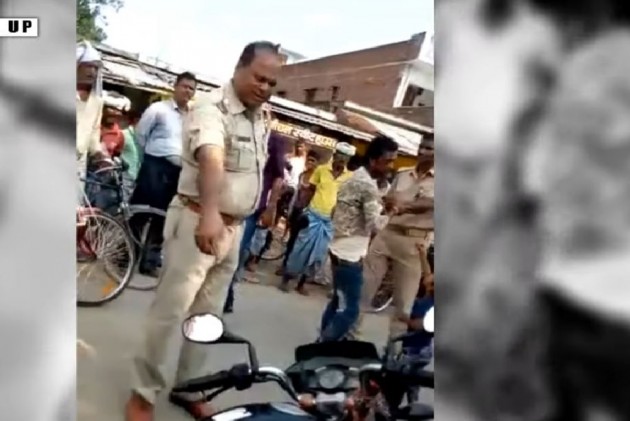 Two policemen here thrashed a motorcyclist when he could not produce the papers for the two-wheeler, prompting the department to suspend and lodge an FIR against them, police said on Friday.

A sub-inspector and a head constable, who were on duty in Sakarpar area under Khesraha police station limits, suspected the biker of being drunk and beat him up on September 10, the day of Muharram, while a child travelling with him watched.

The two policemen asked bike-borne Rinku Pandey, a local, to furnish the vehicle's papers, which the man could not, a senior official said.

Soon an altercation broke out which led to Sub-Inspector Virendra Mishra and Head Constable Mahendra Prasad manhandling the man. A video circulating on social media purportedly showed the two policemen kicking and punching Pandey with the child and some passersby witnessing the events.

Siddharthnagar Superintendent of Police Dharamveer Singh said the local police had got information over the phone that Pandey was engaged in a spat with a man at a roundabout.

"When the sub-inspector and head constable reached the spot, they found Pandey under the influence of alcohol and engaged in an altercation. The policemen pushed him, threw punches and kicks at him. The way the policemen dealt with the situation was ugly, they were in uniform... It was an indecent display on part of the police department," Singh said.

Based on initial information, the two policemen were shunted to the police lines on September 11 and suspended the next day after a preliminary inquiry, the SP said.

An FIR was registered on Friday against the Sub Inspector Mishra and Head Constable Prasad under IPC section 166 (public service disobedience law with the intention to cause injury), 323( punishment for voluntary causing hurt), 504 (breach of peace) and 506 (criminal intimidation), the SP said.

The FIR was filed on the complaint of the victim.