Fighting Coronavirus From The Frontline, Foreign Doctors At AIIMS Struggle To Get Salaries

The foreign national resident doctors say they work with Indian doctors in wards assigned to them as per their rosters, still, they are not being paid anything for their services. 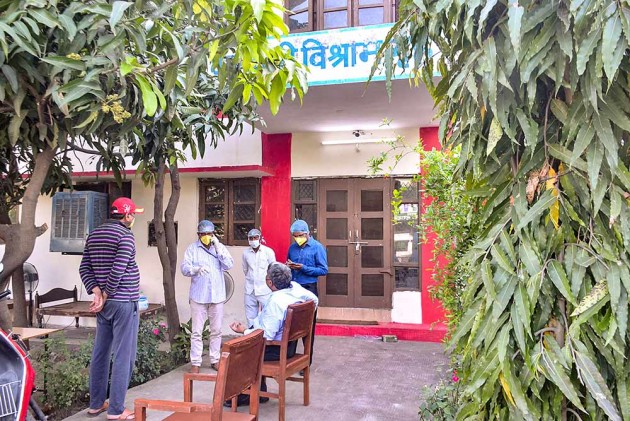 As doctors and healthcare workers across the country continue to fight the battle against coronavirus, many of them are struggling to get their salaries.

India’s premier medical institute in Delhi hasn’t paid salaries to over 70 foreign doctors who, along with many others, are currently taking care of Coronavirus-infected patients.

A statement released by the Resident Doctor’s Association says the salaries of foreign national doctors have been “repeatedly delayed due to unwillingness and inaction of administration…”. 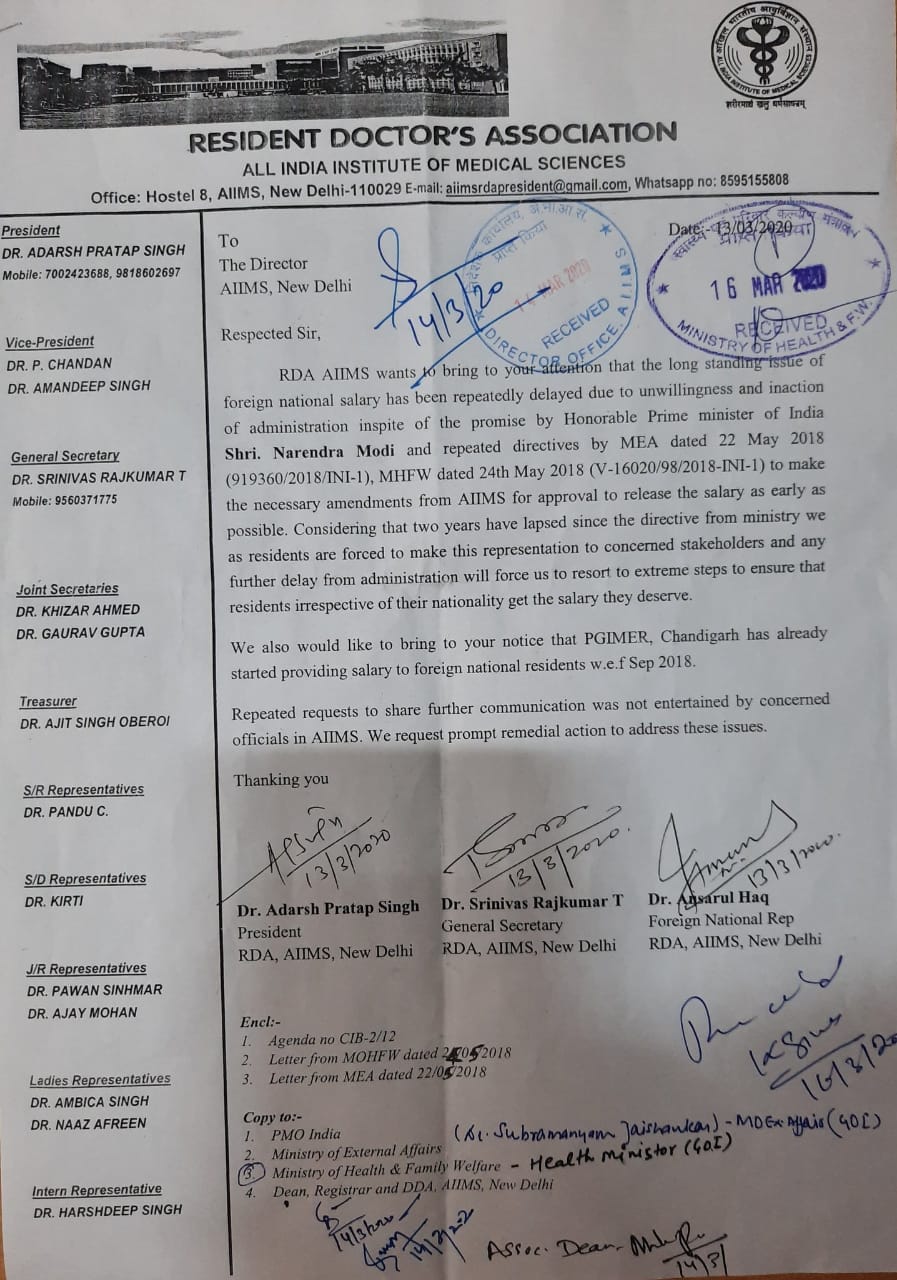 “We clear the same entrance exam that Indian doctors do in any of these three institutes to become eligible for the course. This arrangement was started many years ago, but foreign doctors’ remuneration was not decided then,” a resident doctor from one of the SAARC countries told Outlook requesting anonymity.

Since more than 90 per cent doctors come from Nepal, the Nepalese Prime Minister raised this issue of non-payment of salaries with his Indian counterpart in 2018.

“Prime Minister Narendra Modi had agreed that these doctors should get remuneration for their work. The Union Ministry of Health communicated it to all the three institutes in 2018 to treat these foreign doctors at par with Indian doctors in terms of salary and facility as they work as hard as we do,” says Adarsh Kumar Singh, President, Residents’ Doctors Association.

Singh says that PGIMER started releasing salaries from September 2018, and JIPMER has also taken a similar decision now. “However, the AIIMS administration has completely ignored it despite repeated reminders.”.

The foreign national resident doctors say they work with Indian doctors in wards assigned to them as per their rosters. “Besides our studies, we attend OPDs, treat patients, conduct surgeries like any Indian doctor. Some of us are always assigned to work in the isolation ward set up for Coronavirus infected patients,” another doctor from the SAARC member states said.

He added, “We cannot practice outside. So we don’t have any source of income. We are fully dependent on our parents for all sorts of expenses.”

The foreign national resident doctors complain that Indian counterparts in AIIMS earn between Rs 80,000 to Rs 1 lakh per month depending on the year they are in, but they risk their lives and still don’t get a single rupee from the hospital against any expense that incurred while discharging duties.

The Prime Minister recently announced Rs 50 lakh insurance cover per person for frontline health workers who are attending Coronavirus patents. However, since they are not Indian citizen, they aren’t eligible for the insurance cover.