What To Expect From Today's Gupkar Meeting In Srinagar

The meeting is expected to chalk out a programme to fight the revocation of Article 370 and restore the special status of J&K. 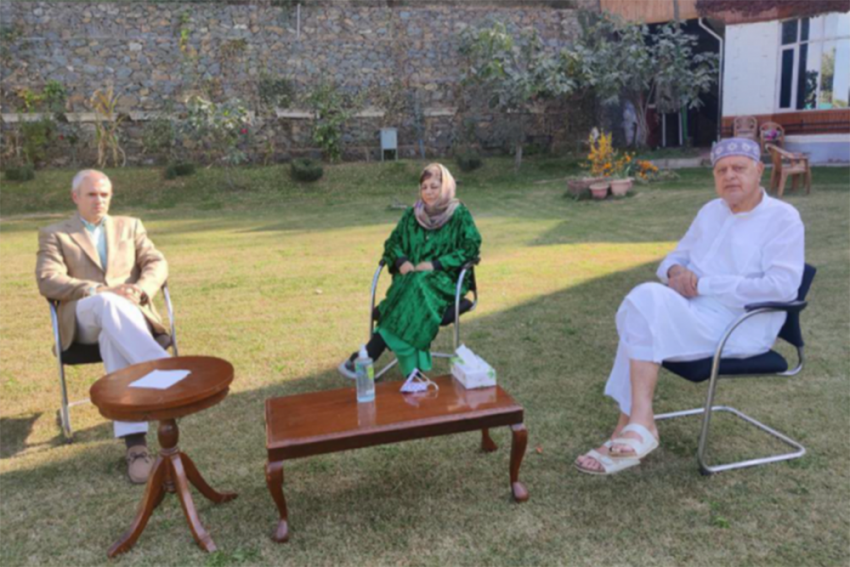 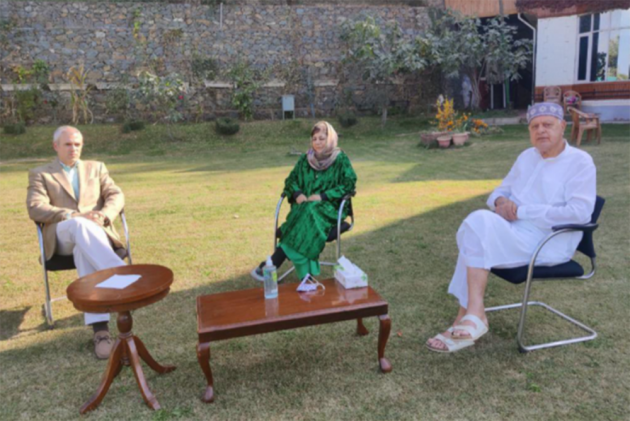 All major political parties across Jammu and Kashmir will gather Thursday afternoon to discuss the Gupkar Declaration, hoping to find a way forward.

The meeting, hosted by National Conference Chairman Farooq Abdullah, will be the first since August 4, 2019, a day before Article 370 was revoked. With former chief minister Mehbooba Mufti’s release, all signatories are expected to join the meeting.

The two leaders who won’t be there are former legislator Engineer Rashid and IAS officer turned politician Shah Faesal. Engineer Rashid was arrested on August 14, 2019 and is still lodged in Tihar jail. Shah Faesal after his release stepped down from his own party's presidency and has taken sabbatical from politics. He is likely to rejoin the service.

The main issues likely to be discussed include when to hit the streets to press for their demands, the impact of the domicile law and its consequences on J&K's demographics, and, as Mehbooba Mufti has made clear, ways to resolve the Kashmir dispute. The parties are also likely to chalk out a programme to reach out to other regions including the leadership in Ladakh. Already there is resentment in Kargil against Ladakh being turned into a Union Territory. Kargil leadership is seeking restoration of statehood and Article 370, while the Leh leadership wants exclusive land and job rights for permanent citizens of Ladakh. In Jammu region, there is growing concern over "bureaucracy rule," and smaller parties are seeking restoration of the statehood.

The Gupkar declaration is a resolution passed by the National Conference, People’s Democratic Party, Congress, People’s Conference, and smaller parties including Awami Ittehad Party (AIP) of Engineer Rashid, Jammu and Kashmir Peoples Movement of Shah Faesal, and some smaller parties on August 4, 2019, to defend J&K’s special status. A day later, on August 5, 2019, the BJP government revoked Article 370 amid arrests of around 8000 people including three former chief ministers and enforcing a security and communication lockdown.

This year on August 22, despite the crackdown, the signatories of the resolution surprised the government by issuing a joint statement describing abrogation of Article 370 as grossly unconstitutional and a challenge to the basic identity of the people of J&K.

As the signatories to the Gupkar Declaration were unable to establish basic communication with each other due to the series of prohibitive and punitive curbs imposed by the government, they came up with a joint statement which said abrogation of Article 370 has unrecognizably changed the relationship between J&K and New Delhi and reiterated their commitment to collectively fight to restore the special status of J&K as guaranteed under the Constitution.

“The series of measures undertaken on 5th August 2019 were grossly unconstitutional and in reality measures of disempowerment and a challenge to the basic identity of the people of J&K. The measures attempt to redefine who we are.

These changes were accompanied by repressive measures meant to silence people and coerce them into submission, and continue unabated,” the joint statement said.