Home  »  Website  »  National  »  ‘Even Women And Children Not Being Spared’: NC Condemns Israeli 'Atrocities' On Palestinians

‘Even Women And Children Not Being Spared’: NC Condemns Israeli 'Atrocities' On Palestinians 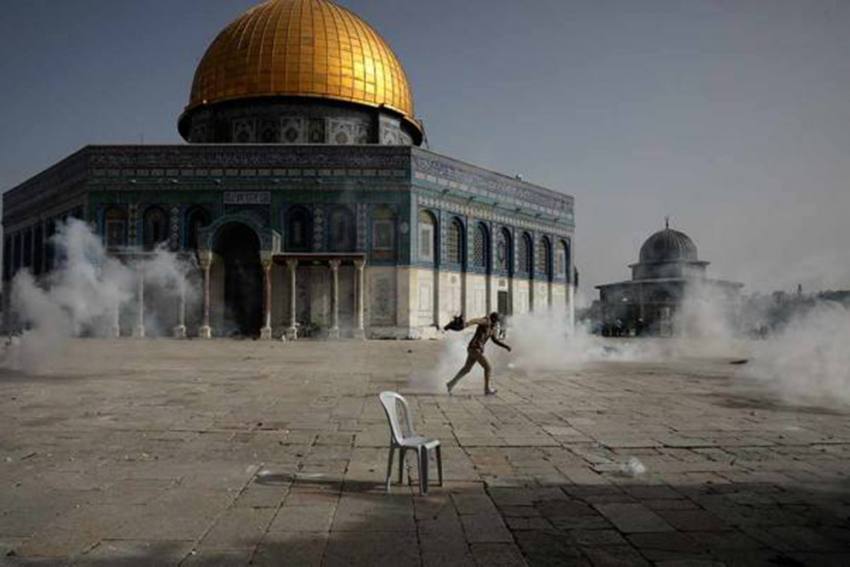 A Palestinian man runs away from tear gas during clashes with Israeli security forces in front of the Dome of the Rock Mosque at the Al Aqsa Mosque compound in Jerusalem's Old City.
AP Photo
Naseer Ganai 2021-05-12T20:01:53+05:30 ‘Even Women And Children Not Being Spared’: NC Condemns Israeli 'Atrocities' On Palestinians 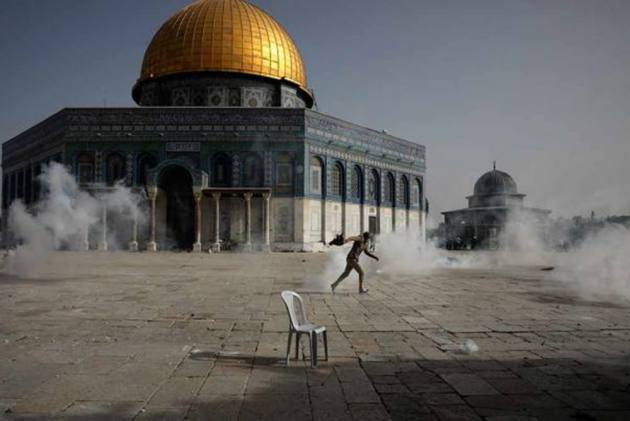 As Israel stepped up its attacks on the Gaza strip, the National Conference on Wednesday condemned in the “strongest of terms the atrocities being committed by Israeli forces in Palestine and in Masjid Al Aqsa”.

According to a statement issued by the NC, party president Farooq Abdullah and vice-president Omar Abdullah have expressed their solidarity with the people of Palestine.

Further, condemning the violence in Jerusalem during a joint press conference earlier today, the NC leaders said, “Even in the holy month of Ramzan, Israel has unleashed an unjust and despicable war in east Jerusalem, Al Aqsa Mosque, Sheikh Jarrah and Bab Al Amud resulting in the killing of scores of innocent Palestinians. Even women and children are not being spared.”

“Nothing can be more tragic than this deafening silence of some of the prominent Muslim countries on this latest Israeli aggression. They should put up a strong and united face and mount pressure on Israel and its allies to immediately stop this aggression in Palestine,” they said.

They further expressed their solidarity those being forced out of their homes in Sheikh Jarrah.

"We pray for justice, for a cessation of this violence and suppression and for the safeguarding of the lives of our brothers and sisters in Palestine", the leaders said.