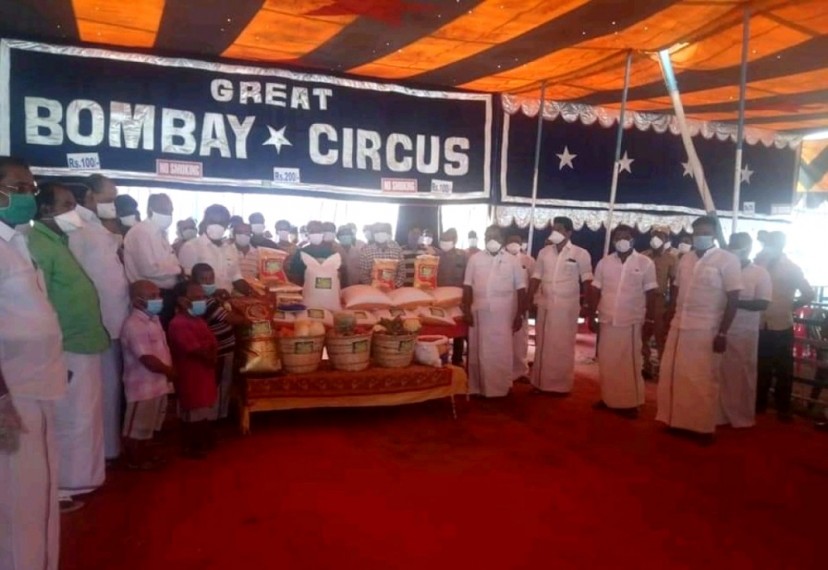 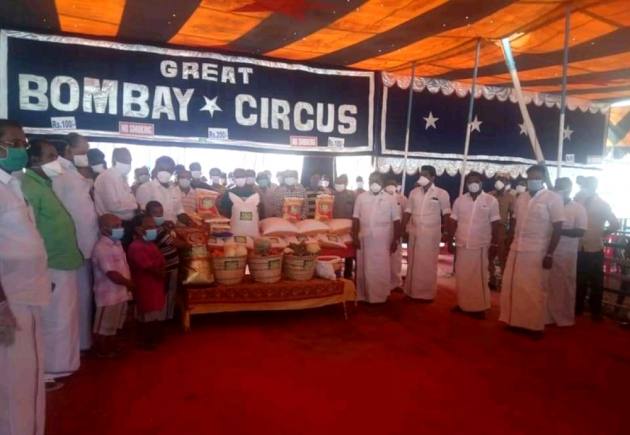 In this age of television, play-stations, virtual reality wearables and entertainment on handheld devices, circuses have become almost extinct. Even the few on survival mode have been crippled by the coronavirus induced lockdown-- such as the 100-year-old Great Bombay Circus, which was recently touring Tamil Nadu.

The circus had pitched a tent at Mannargudi town of Thiruvarur district since February 27 and has been attracting a lukewarm response except during weekends, when the ticket sale improved. But since the March 26 lockdown, the circus stopped its shows and its performers have been idling.

The state Food Minister R. Kamaraj, who hails from the same district, led by example and reached provisions for the performers and instructed officials of the animal husbandry department to give feed and fodder for the circus animals that included camels and horses. The local shopkeepers kept up the supply of provisions and vegetables whenever the circus manager alerted them about rations running low. 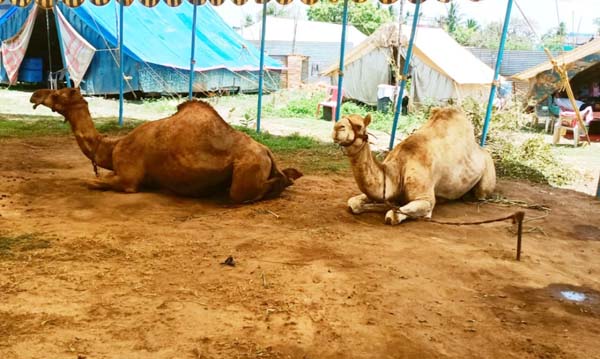 “Ever since the clampdown on performing animals, the big cats, elephants and monkeys cannot be part of any circus in India. So we now have only a couple of camels and four horses plus a few macaws and dogs to perform. And there are 134 people including performers and maintenance staff from different states who are all wanting to return to their homes since there is no show and no income,” observed M. Ramesh the manager of the circus.

While local performers were paid Rs. 1,200 per day the ones who came from Ethiopia and Ukraine (who returned home after the Chennai show got trimmed) received Rs.1,800 per day.

Since life happens under the tents, a diesel generator constantly hums producing power for the lights. “We need at least Rs.25,000 a day to feed the troupe and animals and another Rs.5,000 to buy diesel for the generator," said Ramesh.

Even though the circus troop has received help from the administration, it still faces a gloom as stranded workers worry about their families back home.

"True we are getting three meals a day thanks to the locals and other volunteer groups. But since the workers are unable to send any money back home the mood is one of despondency,” Ramesh added.

Even if the lockdown is lifted, it is unlikely that shows attracting crowds would be allowed for at least another three months. So it is only natural that many of the performers prefer to go back to their homes – some as far as Assam. The circus employees are hoping that the state government would make some arrangement once the train services resume.

A local cable operator has given a free cable connection and TV so they do not get bored in the long period of inactivity. As for the future, it looks distinctly bleak for The Great Bombay Circus – which was founded in 1920. Post lockdown, the Big Top in India could forever come down.