National Dr KK Aggarwal: A Doctor Who Believed Lord Krishna Was First Counsellor For All Illness

Dr. Aggarwal held several prominent positions in medical bodies and was conferred upon many prestigious awards for his selfless and dedicated work in providing medical care to needy people. 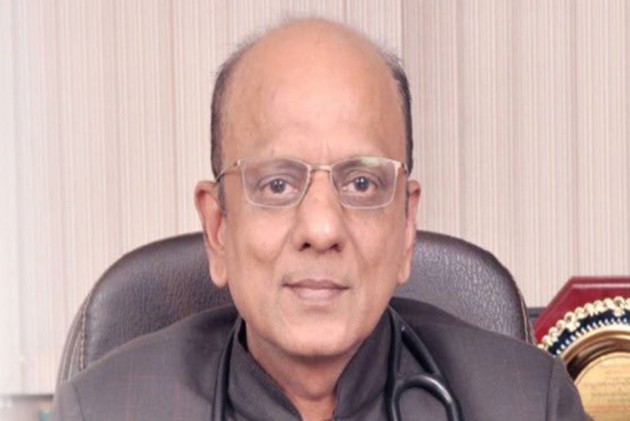 Well-known physician and cardiologist Dr. KK Aggarwal died of Covid-19 complications in the very early morning on May 17. His death has shocked the medical fraternity and others as he was one of the most prominent faces in the country’s fight against Covid-19.

Dr. Aggarwal held several prominent positions in medical bodies and was conferred upon many prestigious awards for his selfless and dedicated work in providing medical care to needy people.

Born on September 5, 1958, in Delhi, he entered the medical profession after completing MBBS from the Nagpur University in 1979 with a passion to “Create, conceptualize and implement new health awareness modules.”

He did his MD from the same University and engaged himself in the service of the nation.

His website kkaggarwal.com provides complete details of his journey with his mission statement that says, “I am an expression of unconditional love born to help others by providing excellent service full of respect and value in an atmosphere of enthusiasm.”

Along with allopathic medicine, Dr. KK Aggarwal had also done immense work in alternative medicine such as the country’s ancient Ayurvedic system of treatment.

He was an admirer of the great Indian epic Mahabharatha and on several occasions had said that it can answer several psychiatric issues that the world is facing today.

One of his closest associates, Bejon Kumar Mishra, says that he always believed that if a doctor treats a patient well and with a lot of care, the outcome will always be fruitful.

Aggarwal was a founding member of an NGO - Patient Safety & Access Initiative – started by Mishra and the two worked very closely on many issues.

“He used to say that Lord Krishan was the first counselor for all illnesses that the world is facing today. If you listen to his teachings, you get the answer to all your problems,” Mishra recollected.

Dr. Aggarwal quoted controversy perhaps for the first time for supporting Prime Minister Narendra Modi’s call to light a lamp as the medical fraternity felt that he was promoting non-scientific ideas.

“We are all under serious shock. God cannot and should not be so cruel to humanity. Dr. Aggarwal was more than a member of our family. All of us not only found him pious and honest but he was passionate and highly committed towards patients and his profession, We are all shattered, and pray for his soul to rest in peace,” Mishra said.

Dr. Aggarwal is survived by his wife Veena Aggarwal and son Nilesh and daughter Naina.