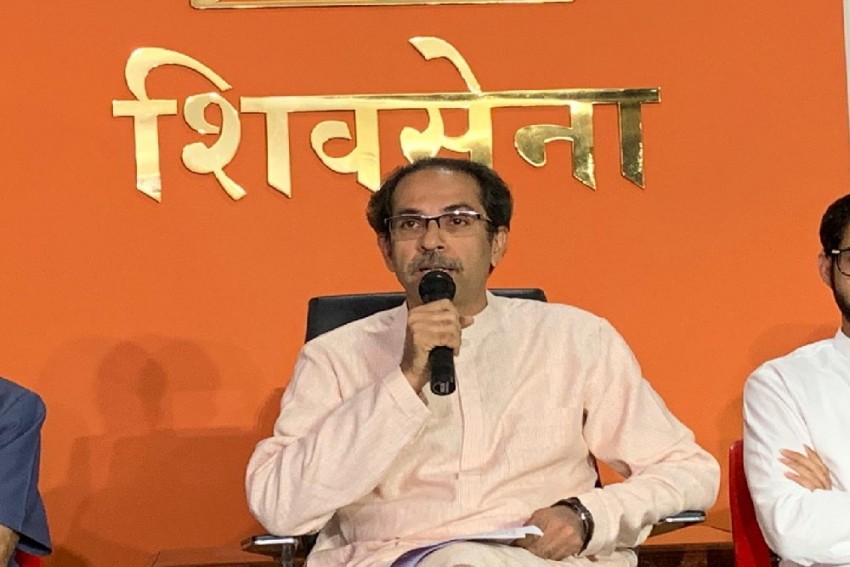 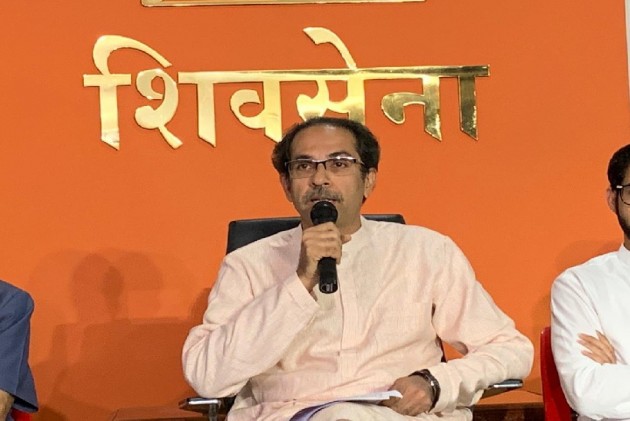 Shiv Sena president Uddhav Thackeray on Friday slammed ally BJP for trying 'to prove him a liar', claiming that it had agreed to share the chief minister's post in Maharashtra during his talks with Amit Shah.

He would fulfill the promise made to his father, late Sena founder Bal Thackeray, to install a Shiv Sena chief minister in the state, and does not need Devendra Fadnavis or Shah for this, Uddhav Thackeray said.

Thackeray addressed the media soon after Chief Minister Fadnavis handed over his resignation to Maharashtra Governor, and was asked to continue as caretaker CM.

Reacting strongly to Fadnavis's claim that there had been no agreement on sharing the chief minister's post for two-and-half years, Thackeray, again and again, said that he was hurt that the BJP tried to portray him as a liar.

"I had promised Balasahab Thackeray that a Shiv Sanik will be made CM of Maharashtra one day and we will fulfil that," he said.

"We do not need Amit Shah's blessings to form the government in Maharashtra."

He did not hold talks with the BJP after the Assembly poll results came in on October 24 as he could not tolerate being called a liar, he said.

He did not attack Modi but criticised the NDA government from time to time over policies, Thackeray said.

There has been no headway in government formation in the state even a fortnight after Assembly poll results were announced on October 24.

The BJP and Shiv Sena are locked in a tussle over the chief minister's post, resulting in a stalemate despite the poll results giving the saffron alliance a combined seat strength of 161, way past the 145 majority mark in the 288-member House.