A senior Congress leader said their MLAs were being offered "Rs 25 crore to Rs 50 crore" to defect. 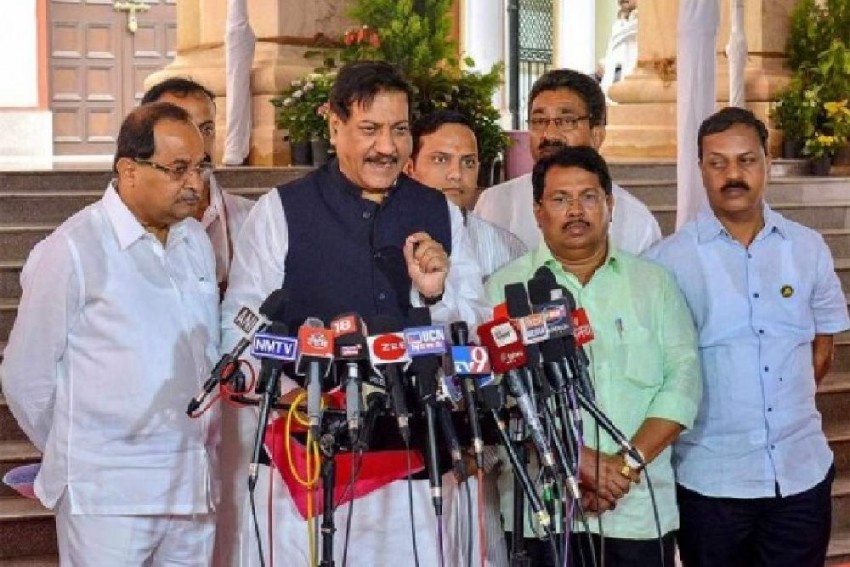 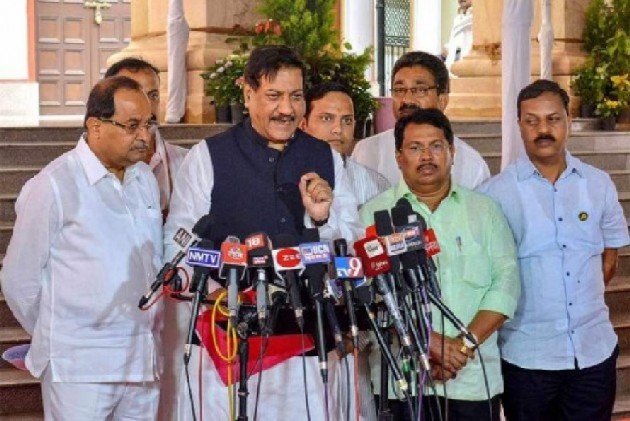 The Maharashtra Congress on Friday accused the BJP of trying to poach their MLAs by offering them crores of money amid deadlock between the saffron allies over government formation in the state.

Congress leader Vijay Wadettiwar alleged that sums of "Rs 25 crore to Rs 50 crore" were being offered to MLAs to switch sides in Maharashtra.

He claimed Congress MLAs, too, have been contacted over the phone with such offers. "We have told our MLAs to record such calls so that people of the state know about them," he said.

The Congress leader accused the BJP of taking politics to a new low, but the saffron party has denied allegations.

"There were reports that some Congress MLAs were approached by BJP leaders with money. Yesterday, one or two of our MLAs were offered around Rs 25 crore. We will do our best to stop the horse-trading pattern that started in Karnataka," Maharashtra Congress leader Nitin Raut said.

Earlier, NCP's Maharashtra unit chief Jayant Patil had claimed that some MLAs were being lured to defect without naming the party which was behind it.

Meanwhile, the Congress has convened a meeting of its newly-elected MLAs in Mumbai on Friday amid speculation that they may be shifted to Jaipur to prevent defection.

All the 44 Congress MLAs along with senior party leaders are expected to attend today's meeting, where they will discuss the prevailing political situation in Maharashtra, reports said.

Congress is exercising caution due to the possibility of defection from its legislative wing, news agency PTI quoted party sources as saying amid speculation about the warring allies trying to gain a majority on their own.

However, Wadettiwar told news agency ANI, "We have not moved our MLAs anywhere, all our MLAs are at their locations. If some of our MLAs have gone to any place it might be a personal visit."

The tenure of the existing assembly ends on November 9, but the BJP and the Shiv Sena are engaged in a bitter tussle over power-sharing.

Leaders of the BJP met Governor B S Koshyari on Thursday but did not stake claim to form the government.

The BJP emerged as the single largest party in the October 21 Assembly polls winning 105 seats, and its ally Shiv Sena, distant second largest with 56 seats. The NCP and the Congress won 54 and 44 seats, respectively, in the election to the 288-member assembly where the majority mark is 145.

Sena president Uddhav Thackeray on Thursday chaired a meeting of the party's new MLAs for over an hour, during which the legislators reportedly reiterated the demand for "equal- sharing of posts and responsibilities".

After the meeting, Shiv Sena MLAs were shifted to Rangsharda Hotel in suburban Bandra amid speculations about defection and they will stay there for two days. Earlier,  Sena leader Sanjay Raut had said there was no need for it as the party MLAs were firm in their resolve

The BJP has ruled out sharing the chief minister's post on a rotational basis.