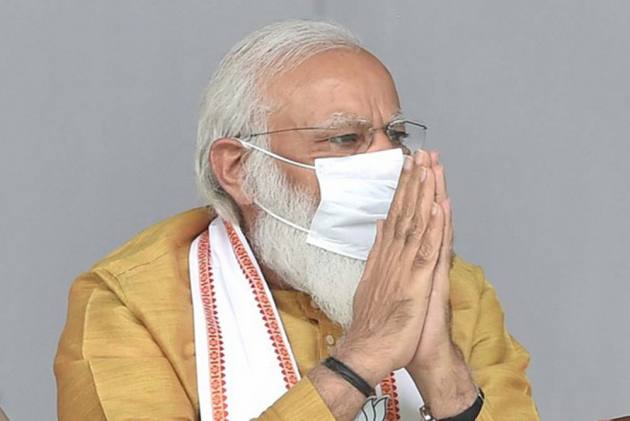 Lashing out at the DMK, Prime Minister Narendra Modi on Tuesday alleged that the party was attacking the women of Tamil Nadu.

Modi’s comments come in the backdrop of DMK MP A Raja’s comments against Tamil Nadu Chief Minister Edappadi K Palaniswami and his mother.

While addressing an election rally, last week, Raja had compared DMK chief M.K Stalin with the chief minister and said, ”While Stalin was born out of a legitimate relationship and through a normal delivery, Palaniswami was born out of an illicit relationship and through a premature delivery. And a doctor from Delhi – Prime Minister Modi – is giving a healthy certificate to this premature baby by holding his hand.”

Raja’s comments created a furore in the state, with the ruling AIADMK urging the Election Commission to bar Raja from campaigning for the upcoming Assembly polls.

In a veiled attack, Modi on Tuesday dubbed former union telecom minister A Raja, as an “outdated 2G missile” of the Congress and DMK and slammed him for his comments on the CM’s mother.

Without naming Raja, Modi in his election rally in Tamil Nadu’s Dharapuram said the Congress and DMK have launched their “outdated 2G missile” and this missile has one clear target, the women of Tamil Nadu.

"A few days back, this missile was launched by the UPA with a clear order to attack the nari shakti of Tamil Nadu,” Modi said.

Today Congress and the DMK have insulted the respected mother of Tamil Nadu Chief Minister K Palaniswami, he alleged.

"God forbid, if they come to power, they will insult many other women of Tamil Nadu,” the PM added.

Asking the Congress and DMK leadership to control their party leaders, the PM said the people of Tamil Nadu are noting everything and they would never tolerate any insult to the women of the state.