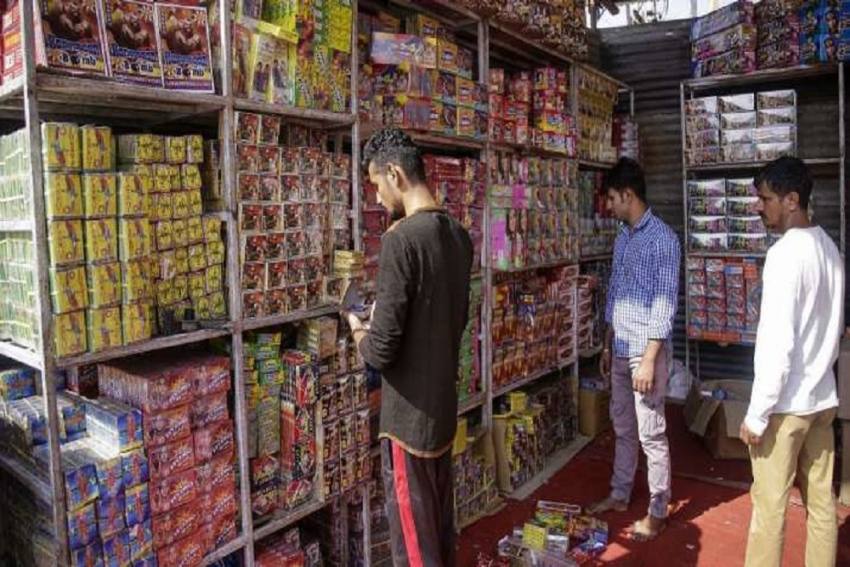 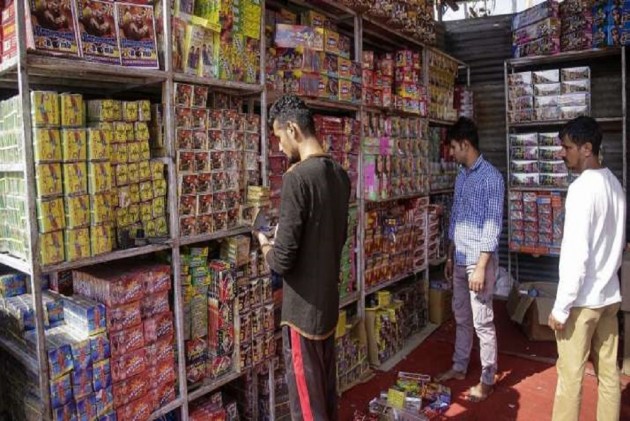 Traders and shopkeepers in Delhi said their Diwali has gone up in smoke after the ban on all kinds of firecrackers and that they will face huge losses as crackers worth lakhs of rupees have already been stocked by them.

The traders and shopkeepers in Jama Masjid and Sadar Bazar areas, two of the biggest firecracker markets in the national capital, said the stock was meant for a brisk sale on Diwali, Chhath, Gurupurab and the coming wedding season.

"Police have stopped us from opening the shops we had stocked with hundreds of kilograms of firecrackers. This is a seasonal item and will be worthless if not sold in next 1-2 months," said a firecracker trader in Jama Masjid area.

The traders said temporary licences were issued by authorities for up to 650 kg of firecrackers but normally they purchase 400-500 kg in view of safety and demand in the market.

The permanent firecracker licensees can stock up to 1,000 kg or more, they said.

According to a Delhi Police officer, a total of 260 applications for licences were received. Out of them, 138 were issued licences on meeting all the requirements as prescribed by the Petroleum and Explosives Safety Organisation.

"I have no idea what to do with the stock of my firecrackers, maybe I will distribute them among people. There is a ban on sale of firecrackers but not on its distribution," Hardeep Chabra, the general secretary of Sadar Bazar firecrackers traders association, said.

Chabra said firecracker traders have been staging a dharna in Sadar Bazar against the ban.

A meeting with Delhi Lt Governor Anil Baijal to seek a solution to this problem has also been planned, he said.

The traders and shopkeepers said they will approach the Lt governor to seek his help in giving respite from the move that came "late" as crackers worth crores of rupees were already stocked by them ahead of festivals like Diwali, Chhath and Gurupurab.

"If the government had planned to ban the crackers, it should have announced its decision earlier so that we didn't have to go through the loss of lakhs of rupees," said a shopkeeper who got his licence for selling firecrackers near Jama Masjid area.

The ban on all types, including green firecrackers that do not cause pollution, is beyond comprehension, Chabra said.

"We are holding a meeting to find a way to save ourselves from the complete financial rot faced by us due to the ban. A delegation is likely to meet the Lt Governor for his help on Friday," he said.

In the wake of the rising pollution and coronavirus cases in Delhi due to the festive season, the Delhi government has decided to put a complete ban on the sale, purchase, and use of firecrackers in the city from November 7 to November 30, the government had said in a statement.

The Supreme Court allowed the green crackers but the Delhi government has chosen to ban it now which will cause huge losses to traders who are already reeling under lockdown and pandemic-induced slowdown, said Vishal, a firecracker trader from Jama Masjid area.

"The government has banned firecrackers but nobody has any solution to Parali burning which is the prime reason for the spike in pollution," he said.

The National Green Tribunal (NGT) has also imposed a complete ban on the sale and use of all kinds of firecrackers in Delhi-NCR.

Former Union Minister Vijay Goel and Delhi Congress president Anil Chaudhary have demanded the AAP government to compensate the firecracker traders for losses caused due to the ban.

Goel, who sat on a dharna demanding compensation to the traders, has said that he will meet the NGT chairman and raise the issue before him.