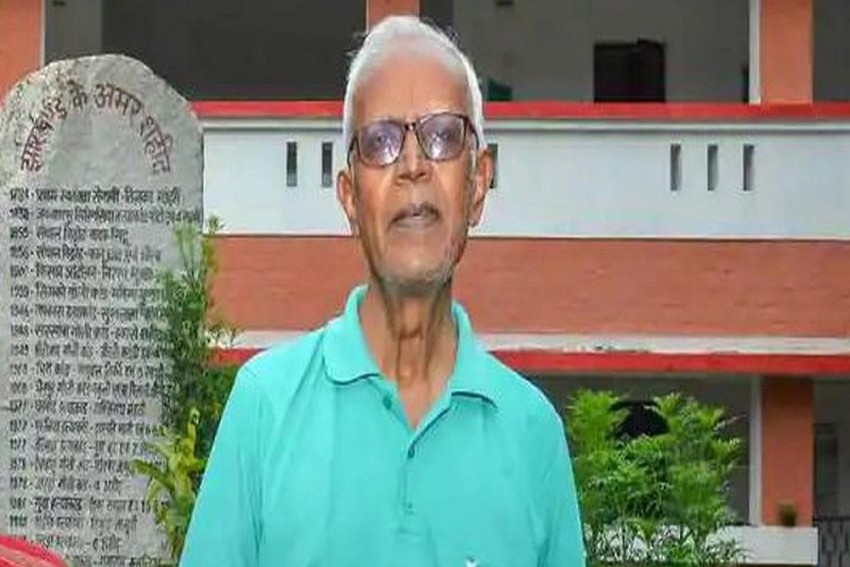 Tribal activist Stan Swamy's painful wait for a sipper cannot be tolerated any longer, said a prominent disability rights organisation that is planning to send the drinking aid to the jailed octogenarian, who is suffering from Parkinson's disease.

The 83-year-old was arrested from his residence in Ranchi on October 8 for his alleged involvement in the Elgar Parishad case and is lodged at the Taloja Jail in Mumbai.

The National Platform for the Rights of the Disabled's reaction came after a special court in Mumbai on Thursday again rejected Swamy's application for a straw and sipper, and sought a response from the National Investigation Agency (NIA) on his request.

NIA Says It Does Not Have Straw, Sipper Sought By Stan Swamy

The court will hear the matter on December 4.

The agency had earlier this month sought 20 days time to respond to the activist's request for a straw and sipper, and had said it did not take these items from Swamy during his arrest, as claimed by the activist.

"The painful wait that Swamy will have to endure for a sipper cannot be tolerated any longer. December 4, when the very same court decides again, is seven days away. Stan cannot be refused fluids for such a long period. The NPRD and its affiliating units have therefore decided to send sippers to the jailor of Taloja Jail, Maharashtra, to be given to Stan Swamy," the NPRD said in a statement.

It also appealed to all disability rights organisations, activists and all those who seek justice for the activist and stand in defence of his rights to join this campaign and send sippers to Swamy.

"It took 20 long days for the NIA to come up with a claim that they did not seize these items from Stan's possession. Even if we accept the NIA's contention, the special court should have taken a humanitarian view and ordered that he be provided with a utensil that would assist him in intaking fluids including water. The refusal to do so is atrocious, to say the least," the NPRD said.

Swamy is a person living with Parkinson's disease, which is a condition recognised as disabling as per the Rights of Persons with Disabilities Act, 2016, it said and expressed outrage at the continued denial of a sipper and straw to the activist.

The NPRD said that "as per various laws and international conventions to which India is a signatory, it is obligatory that Stan Swamy be provided with requisite age and disability appropriate requirements, assistive aids including straws and sippers as also human care assistance".

"Denial of the same constitutes a violation of his basic rights," it said.

Swamy was arrested for his alleged role inciting mob violence in Koregaon Bhima near Pune in Maharashtra on January 1, 2018.