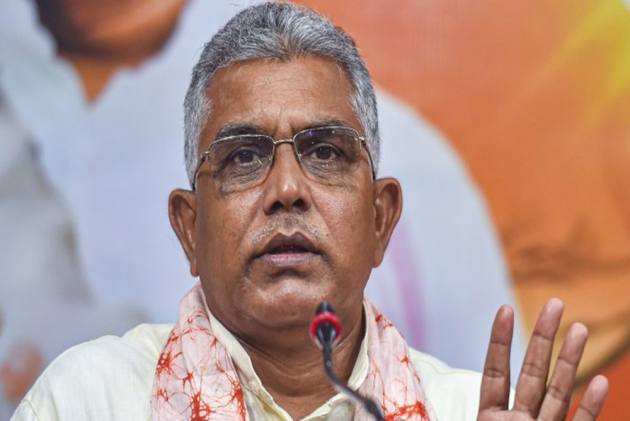 The Election Commission Thursday evening imposed a 24-hour campaign ban on the BJP’s West Bengal president Dilip Ghosh for his “there will be Sitalkuchi in several places” remarks. The order said the Commission “sternly warns” Ghosh and advises him to desist from using such statements while making public utterances during the period when the Model Code of Conduct is in force.

The Trinamool Congress had approached the Commission against Ghosh.

The notice, issued by the poll body on Tuesday, had said that the Commission is of the considered view that Dilip Ghosh has in violation of various clauses of the Model Code of Conduct and provisions of the Representation of the People Act, 1951 and the Indian Penal Code “made statements that are provocative and can seriously incite the emotions”. This could “lead to a breakdown of law and order thereby adversely affecting the election process”, the notice said.

Four people were killed in a firing incident by CISF personnel in the Sitalkuchi Assembly seat during the fourth phase of polls in West Bengal on Saturday. Officials had said the jawans opened fire after they came under attack from locals.

The order said Ghosh made "highly provocative and inciteful remarks which could adversely impact law and order thereby adversely affecting the election process".

The Commission had on Tuesday issued a notice to Ghosh for his alleged remarks after four people were killed when central forces opened fire during polling at Sitalkuchi in Cooch Behar district.

The Trinamool Congress had approached the Commission against Ghosh.

The notice cited Ghosh's alleged remarks that "if someone crosses his limits then you have seen what happened in Sitalkuchi. There will be Sitalkuchi in several places."

In his reply to the notice, Ghosh said "election-related violence witnessed in West Bengal is distinctive".

He alleged in his reply that an environment of fear and intimidation has been created by the leaders of the All India Trinamool Congress jeopardising the conduct of free, fair and peaceful polls.

As the state party president, it was his solemn duty to stand by his party workers and encourage voters to cast the ballot without fear, Ghosh said, adding that it was never his intention to make any statement which would be in contravention of the model code, the electoral laws or the Indian Penal Code.

His statement was only directed at the miscreants and anti-socials who create disturbances and negatively impact the maintenance of law and order, he told the panel.

He also regretted his remarks.

The high-octane assembly election campaign in the state, where the BJP and the Trinamool Congress have unleashed a no-holds-barred attack against each other, has seen the EC clamping down on leaders of both parties for their objectionable utterances.

On Monday, the poll panel barred West Bengal Chief Minister and Trinamool Congress leader Mamata Banerjee from campaigning for 24 hours for her remarks against central forces and a statement that allegedly had religious overtones.

On Tuesday, the EC had barred BJP leader Rahul Sinha from campaigning for 48 hours over his "provocative" remarks on the killing of four people in firing by CISF personnel during the Sitalkuchi poll violence.