People associated with the media are facing atrocities and also being killed, the BSP supremo said, referring to hindi news channel journalist Ratan Singh being shot dead in Ballia district on Monday night. 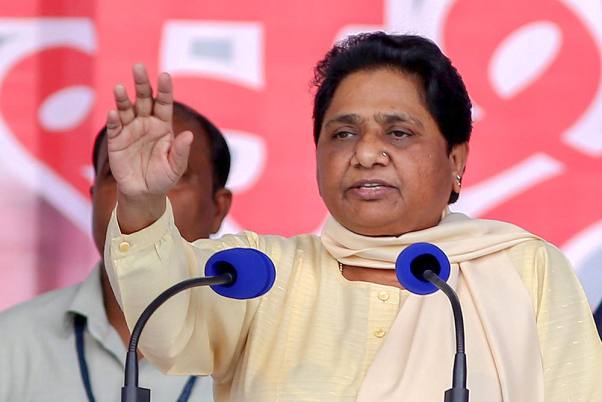 BSP president Mayawati on Tuesday hit out at the BJP government in Uttar Pradesh, accusing it of failing to check criminal activities in the state despite frequently using
stringent laws such as the National Security Act.

She said that it was because of the "wrong use of legislations" that neither there is the rule of law nor the fear of law left in the minds of people.

People associated with the media are facing atrocities and also being killed, the BSP supremo said, referring to hindi news channel journalist Ratan Singh being shot dead in
Ballia district on Monday night.

Police, however, has said that the journalist was involved in a property dispute with his neighbour Dinesh Singh.

"The bad state of affairs in the state is such that despite the frequent use of NSA, sedition and other such stringent laws, there is no check on crime here," Mayawati said.

"There is no stopping crime even in the times of the coronavirus pandemic," she said, adding that members of the fourth estate are also not being spared, and this is most
unfortunate for Uttar Pradesh.

The common people are facing immense hardships and it would be better if the government "brings a change in its working style", the BSP chief said.

On Monday she tweeted, "There is a spurt of crime in the state like the rape of a Dalit minor in Sitapur, the murder of a young man and breaking his son's hand for refusing to
do bonded labour in Chitrakoot, and double-murder in Gorakhpur. Is this the Ram Rajya of the government? Strict action should be taken against culprits, this is the demand of
the BSP."