Shehla Rashid was booked for sedition on a criminal complaint by Supreme Court lawyer Alok Srivastav who had sought her arrest. 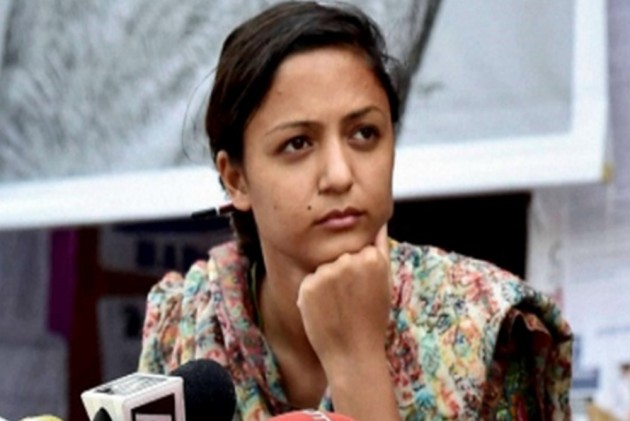 A Delhi court has granted interim protection from arrest to Jawaharlal Nehru University (JNU) student leader and Jammu and Kashmir People's movement leader Shehla Rashid, who has been booked under the sedition law for allegedly tweeting against the Indian Army.

Additional Sessions Judge Pawan Kumar Jain at the Patiala House Court while granting interim bail to Rashid, said: "Considering all the facts, I am of the view that matter requires investigation in detail. Till then accused shall not be arrested, however, she shall join the investigation as and when called by the Investigating Officer (IO)."

The court then posted the matter for hearing on November 5.

During the course of the hearing, Additional Public Prosecutor submitted that the police had not even issued a notice to Shehla Rashid yet.

The counsel for the accused submitted before the court that his client is ready to join the investigation and would cooperate with the police.

The public prosecutor also submitted that the police has not received any complaint from the Army.

He further added that the police needs a substantial time of at least six weeks to probe the matter.

Shehla Rashid was booked on Friday for sedition over her comments about alleged human rights violations in Jammu and Kashmir, police said.

The Delhi Police's Special Cell said that the FIR was registered on September 3 and Rashid, who is also a JNU PhD scholar, was booked for sedition on a criminal complaint by Supreme Court lawyer Alok Srivastav who had sought her arrest.

"An FIR has been registered against her under sections 124-A (sedition), 153A (promoting enmity), 153 (provocation with intent to cause riot), 504 (intentional insult with intent to provoke breach of the peace) and 505 (statements conducing to public mischief) of the Indian Penal Code for allegedly tweeting false information about Army raids in the Kashmir Valley based on a complaint filed by Supreme Court lawyer Alakh Alok Srivastava," a senior police officer said.

In a series of tweets, Rashid had claimed that the Indian Army was indiscriminately picking up men, raiding houses and torturing people in the valley.

She claimed that human rights abuses were being carried out in Kashmir.

The allegations had drawn sharp reactions. Rashid, however, had said that she was ready to give the evidence when the Indian Army constitutes an inquiry.

The Indian Army has officially rejected Rashid's claims and called them "baseless" and "unverified".

After the Army dismissed her claims, many accused Rashid of spreading fake news to disrupt peace in the Valley.