The retired Army officer headed the panel set up by the party and prepared the paper in consultation with a select group of experts. 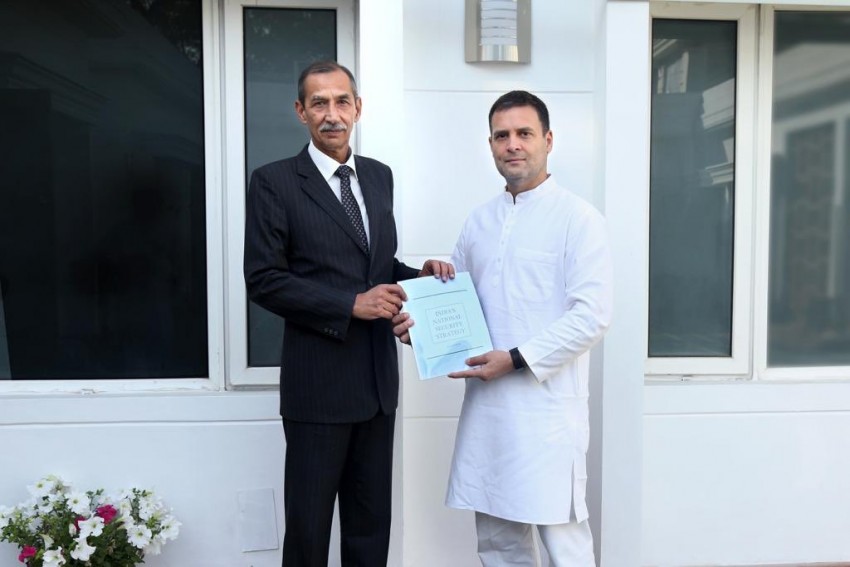 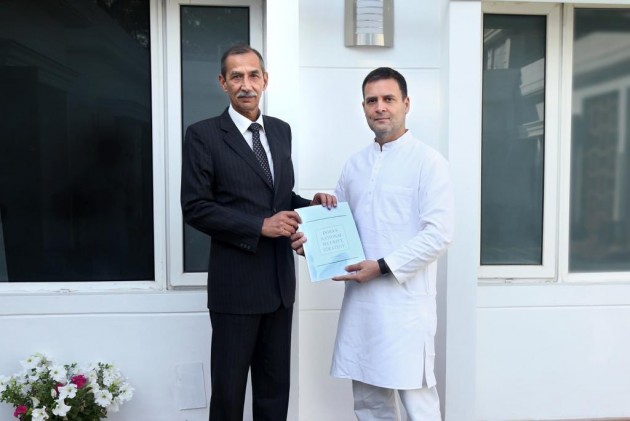 Over a month after Lt Gen (Retd) D S Hooda, the main architect of the 2016 surgical strikes on terror launch pads on PoK, joined the Congress, Sunday submitted a report on national security to Congress chief Rahul Gandhi.

The former northern Army commander was made the head of a 'task force on national security', set up by Gandhi in February to prepare the vision paper for the country.

"Lt General (Retd) D S Hooda & his team have put together a comprehensive report on India's National Security, that he presented to me today. This exhaustive report will at first be discussed & debated within the Congress party," Gandhi tweeted.

The Congress chief thanked Hooda and his team for their effort.

The retired Army officer headed the panel set up by the party and prepared the paper in consultation with a select group of experts.

On September 29, 2016, the Army had carried out the strikes on seven terrorist launch pads across the Line of Control (LoC) in retaliation of an attack on its base in Uri earlier that month.

Last December, responding to a question during a panel discussion at the Military Literature Festival in Chandigarh, Hooda had said that in hindsight, it would have been better had "we done it (surgical strikes) secretly".

He had also said the initial euphoria about the success of the surgical strikes was natural but the constant maintenance of the hype around the military operation was unwarranted.