CPI-M leader Sitaram Yechury alleged that the Modi government has 'unilaterally' imposed a new education policy after 'bypassing' all the objections and opposition recorded by various State governments. 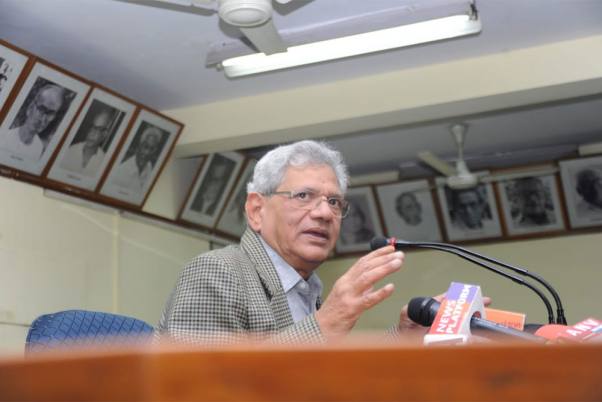 The Communist Party of India-Marxist (CPI-M) on Wednesday protested against the Union Cabinet’s approval to a new education policy, saying it will destroy the Indian education system as it seeks “greater centralisation, communalisation and commercialisation” of education in the country even as a host of higher education institutions welcomed the recommendations made under the National Education Policy 2020.

Delhi university teachers’ association (DUTA) and Left-backed students unions also opposed the new education policy, describing it as “an attack on the education system” of the country, and demanded that the government must roll it back.

He alleged that the Modi government has “unilaterally” imposed a new education policy after “bypassing” all the objections and opposition recorded by various State governments.

“The draft of New Education Policy was put out in the public domain seeking suggestions from all stakeholders, mainly the academia, the teaching community and the students. In addition, many intellectuals had also sent in their observations. None of these have been considered,” the CPI-M leader said.

The polit bureau of the CPI-M also opposed the government’s decision to rename the ministry of human resource development (HRD) as the ministry of education, demanding that “a thorough discussion” in Parliament should be held before implementation of policy recommendations begins.

“A new policy needs to be discussed in the Parliament. This was assured by the government earlier. The draft is, as per norm, placed on the table of the Houses where the MPs can move amendments or give opinions. The Parliament has been completely bypassed.” Yechury said.

The DUTA opposed the NEP recommendation for granting autonomy to higher education institutions and vesting “unfettered powers” in the governing boards of the universities and colleges, calling upon the government to desist from “bulldozing the NEP and harm education.”

“Autonomy has been redefined as the freedom to optimise. The empowerment of the BoG hand in hand with redifined autonomy is in parallel with the neoliberal reforms that deregulated businesses. It amounts to converting / handing over education as a business to corporate houses,” DUTA president Rajib Ray said.

The All India Management Association (AIMA) welcomed the new education policy, describing it as “revolutionary”.

“It will remove unnecessary complexity in delivery and regulation of higher education in the country and level the playing field for all students, irrespective of which college they go to – private or government. The establishment of a single regulator for higher education is an excellent step,” AIMA director general Rekha Sethi said

The new education policy meets many of the long-standing needs of the higher education sector and opens up possibilities of making Indian education comparable with the best in the world, she added.

The AIMA also welcomed the policy recommendation for allowing to top-rated foreign institutes to set up their campuses in India. “Having the top global colleges in India will reverse the brain drain and also raise the standard of the local colleges,” she said.

Director of the Indian Institute of Management (IIM)-Sambalpur Mahadeo Jaiswal said recommendation for changing the pedagogical structure from a 10+2 system to a 5+3+3+4 system was in line with international educational standards.

“Allowing technical institutes to become multi-disciplinary will help IIMs and IITs to start other departments like medical etc, and make their size bigger and allow them to admit more students. This will enable them to compete with the elite institutes of the world and become at par with them in the coming years,” he said.