Coronavirus: Punjab Govt To Give PPE Kits To Police As They Face 'Major Risk' 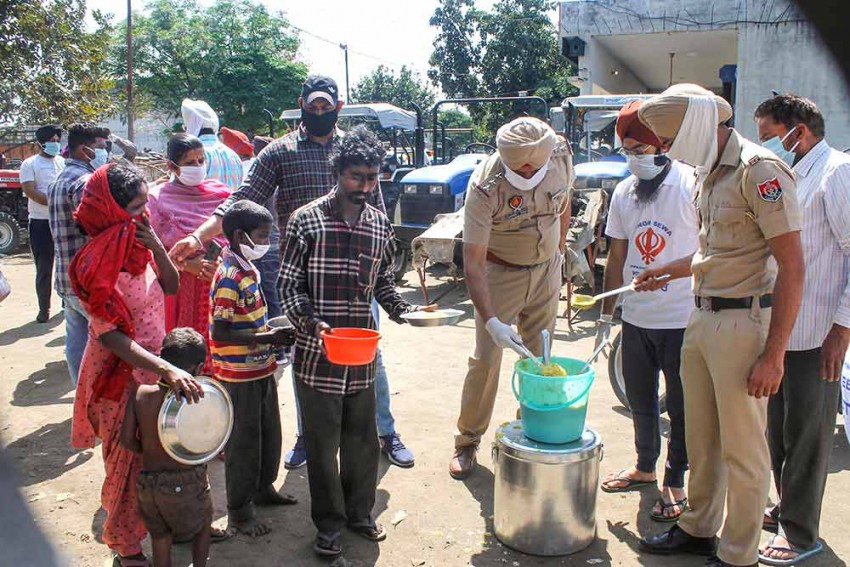 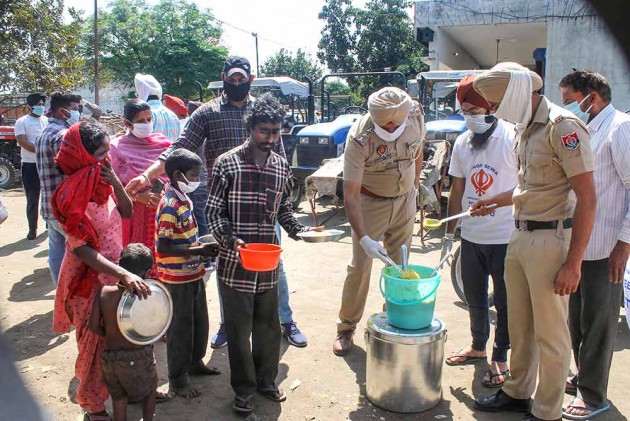 The Punjab government is planning to provide Personal Protection Equipment (PPE) kits to the state's police force engaged in the frontline of the battle against COVID-19, even as health workers face a shortage of protective gear.

Chief Minister Captain Amarinder Singh at a video press conference on Tuesday said the first priority was protecting the health workers, for whom the state has 16,000 PPE kits. The government is also procuring more kits to be given to the police personnel and it will be done after all the doctors, paramedics and sanitation workers in hospitals have been equipped with such kits, he said.

The chief minister underlined that the cops were facing major risks in the current situation.

On the attack on a police team in Patiala, leading to the amputation of an ASI’s hand, the CM said he had told the DGP to take strict action against the perpetrators.

“What do the Nihang think? That they can get away with this?,” he said, adding that his first reaction to the incident was of “extreme anger”. ASI Harjeet Singh was an extremely brave man, he said.

Singh, in response to a question, made it clear that the relief operations being conducted by the police were their own initiative and from their own resources. No police personnel were being asked to do any work over and above their duty of enforcing the curfew and maintaining law and order in the state, he added.

While his government was cognizant of the problems faced by the people amid lockdown, there was no option but to continue with the stringent restrictions given the massive threat of the pandemic spiralling out of control, he said.

However, Singh admitted that the lockdown could not continue till September, which is when experts say the curve is expected to come down in India.

For the moment, however, the curfew/lockdown had to be strictly enforced, he said, adding that the police had instructions not to allow any violation of restrictions, including that of wearing of masks when outside.

Conceding that the number of COVID-19 tests being conducted in the state was not sufficient, Singh said at least 10 lakh Rapid Testing Kits were needed, which the government had ordered from ICMR. So far, only 1000 kits had been received, which had become operational on Tuesday in Mohali and Jalandhar.

On the issue of relaxations to be introduced, as was announced today by Prime Minister Narendra Modi, the CM said the committee formed by his government was already examining ways of doing so without compromising the health of people. He added that the relaxations would have to be staggered and in phases.

While there was no proposal to re-open liquor stores in the state at present a decision would eventually be taken in this regard, he said.

The Chief Minister said his government had sought a special package from the Centre, including Rs 729 for hospital upgradation, Rs 550 crore for setting up an institute for advanced virology, as well as release of the pending GST arrears of Rs 4,400 crore.

"While the Prime Minister had given positive indications, the package was yet to come," he said, adding that his government was giving the Centre time to formulate a collective response to the demands of all the states.

Asked about the revival of industry in the state, Singh said the priority was currently on saving lives, but a high-powered committee was being set up to look into the matter of post lockdown economic and industrial revival. He disclosed that four industrial units in Bathinda had already resumed operations with the migrant labourers they were housing in their premises, following the central government’s approval for such activity.

On the issue of storage in mandis, the Chief Minister said that the lifting of food grains had already started from Punjab as 72 Railway racks had transported wheat. Also, the state had sufficient space in rice shellers to accommodate the new crop, he added.

Singh ruled out any compromise on his government’s manifesto promises due to this unexpected and unprecedented crisis and declared that all promises would be fulfilled.