In Tamil Nadu, where the state government awaits the Centre’s nod to collect plasma, over 450 Tablighi Jamaat volunteers having already registered for donation. 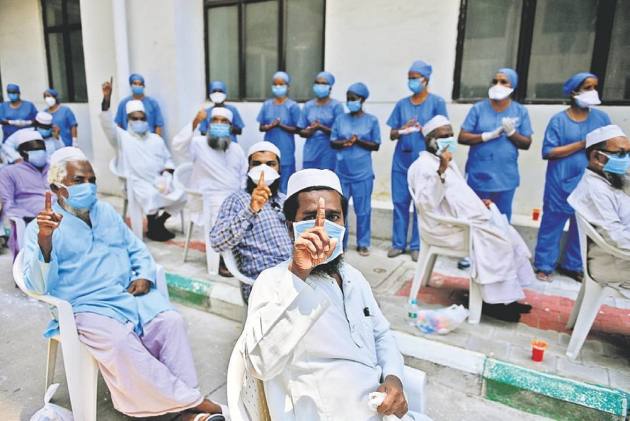 Hundreds of Tablighi Jamaat volunteers who have recovered from Coronavirus are now queuing up in different parts of India to donate plasma for other serious patients undergoing treatment. Many volunteers have already donated blood for plasma in Delhi, Gujarat, Haryana, and other states. In addition, several have registered/committed themselves to donate in the states where the central government has so far not granted permission for collecting plasma.

Over 200 volunteers have pledged to donate plasma in Delhi and the number is likely to go up. To begin with, 10 persons donated plasma on Sunday and there would be more on Monday, when people would come forward after breaking the Ramadan fast at dusk, said Dr Mohmmad Shoaib Ali, who is coordinating in the plasma collection drive on behalf of the Delhi health ministry.

The move comes a day after Delhi Chief Minister Arvind Kejriwal appealed to all Covid-19 patients to donate plasma for the treatment of serious patients. “Come forward and donate plasma. We all want to recover and survive the coronavirus crisis. If tomorrow, a patient is Hindu and is serious, who knows maybe the plasma of a Muslim person can save him or if a Muslim patient is serious, maybe the plasma of a Hindu person can save him,” Kejriwal said on Sunday.

Tablighi Jamaat chief Maulana Muhammad Saad had also appealed to all its Covid-recovered volunteers to donate plasma in large numbers.

In Tamil Nadu, where the state government awaits the Centre’s nod to collect plasma, over 450 Tablighi Jamaat volunteers having already registered for donation. “We have formed a ‘Plasma Tarteeb Jamaat’ (Plasma Coordination Group) in Tamil Nadu and so far, around 450 Tablighi Jamaat volunteers have registered themselves. This number could well go up as and when the state government receives the approval of the central government to collect plasma. This number could have been higher had people not been fasting because in Ramadan a person cannot donate while fasting; but he can do so after breaking the fast at dusk,” Chennai-based Moulana Shamsudeen Qasimi, Executive Member of All India Muslim Personal Law Board who is overseeing the plasma coordination group, told Outlook.

In Delhi, the exercise started on Sunday. “We started taking blood from those Tablighi Jamaat volunteers who are in quarantine centres in Delhi. One quarantine centre is in Sultanpuri and two machines have been installed in Narela. On Sunday, it took some time in setting up of the machines etc., and 10 people donated plasma. And today we will start the process again after Iftar (breaking of fast). At the moment, we are taking patients who are under the age of 50, and only those can donate plasma who don’t have diabetes and hypertension issues,” Dr Ali told Outlook.

For a donor to be eligible to donate plasma, he or she should have been free of symptoms and have tested negative for the virus at least 14 days before the plasma can be used. The blood in Covid-recovered patients develops immunity to fight against this illness, and the plasma is extracted from their blood. About 100ml plasma is taken from the blood and the process takes around 40 minutes.

Dr Ali said when as a trial, four Covid-19 patients in Max Hospital in Saket, Delhi, were treated with blood plasma, “sudden changes” were noticed and their recovery was faster, and they were removed from the ventilator. “But, as of now, no one can say if this is a sure shot treatment. A study on only four patients is not enough for anything. But since a positive response was seen from the four patients, this plasma therapy is being taken forward. Still, this is a trial and that too at an initial stage,” he told Outlook.

“We have formed a group of people who are committed to donate at the quarantine centre in Sector 16 of Dwarka, as per the appeal of Maulana Saad saheb. There are about 190 Tamil Nadu Tablighi Jamaat volunteers in Delhi and everyone is committed to donate blood plasma,” said Dr Mohammad Shafiullah, who was present at the programme at Markaz Nizamuddin last month and had tested negative. He is now coordinating the plasma donation of the Jamaat volunteers.

The ‘first’ plasma donor in Delhi, Tabrez Khan from Jahangirpuri, is so happy that he is now ready to donate plasma for a second time on April 30. Khan’s sister, who also tested positive, had come from Saudi Arabia, and he and their mother got infected. After having tested negative, Khan was discharged and later his sister also recovered.

“On learning that I can donate plasma, my wife and my friend Shahid went to ILBS donate blood plasma. But my wife and Shahid were declared unfit for donation and I donated. The doctor said that five Corona patients would benefit from my donation,” Khan, 36, told Outlook.

“My 65-year-old mother had also tested positive and she has also recovered. Now, she is insisting that she too would donate blood plasma. And for myself I can say that I can offer all parts of my body, if required, to test any vaccines being developed. The beauty of India is that people following all religions live together. And the spread of Coronavirus should not be linked to a particular community. The doctor also told me that two patients of another community have benefitted from my blood plasma. There have been all kinds of [communal] rumours doing the rounds; we should ignore these,” said Khan who manufactures socks in Jahangirpuri.

Tablighi Jamaat, an apolitical, socio-religious movement, which has been in the eye of a storm after scores of its members tested positive for the Coronavirus. Recently, Maulana Saad had appealed to all Tablighi Jamaat volunteers to take part in plasma donation. “It’s my humble request to all Muslims and especially da’wah workers who receive this receive message, to come forward and show this act of kindness to humanity, and help the society and government by donating blood plasma to a sick person only for the sake of Allah’s pleasure,” wrote Maulana Saad in his message to the volunteers.