A political storm had broken out when Railway Minister Piyush Goyal said that West Bengal, Jharkhand and Chhattisgarh were being laggard in approving trains ferrying migrants. 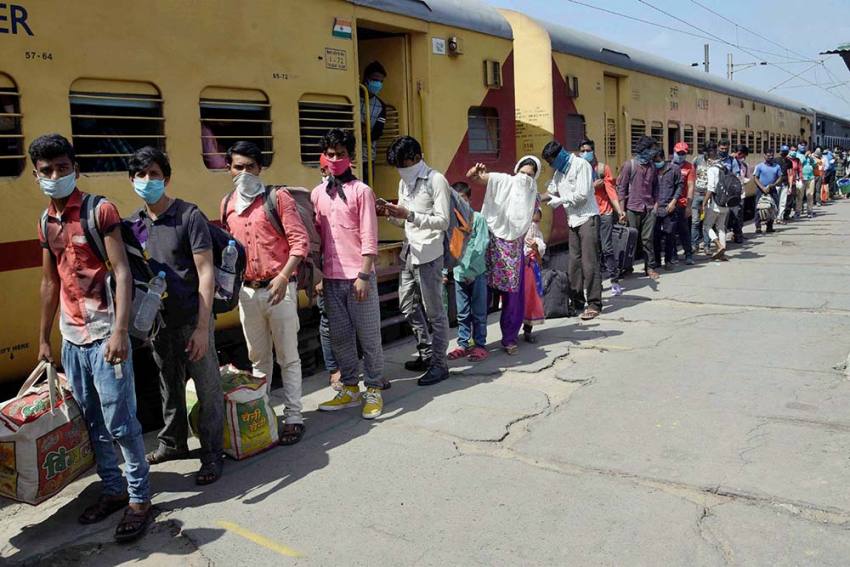 The railways on Tuesday said the consent of the destination states is not required to operate Shramik Special trains. The move comes after Railway Minister Piyush Goyal said that West Bengal, Jharkhand and Chhattisgarh were being laggard in approving these trains.

The decision follows the Home Ministry's revised standard operating procedure (SOP) for the national transporter to run these trains to ferry migrants to their native places.

"After the new SoP, the implication is that no consent of receiving state is mandatory," he said.

Since May 1, the railways has run 1,565 migrant trains and ferried over 20 lakh migrants.

Officials explained that the Railway Ministry will ensure more halts of the special trains for the convenience of migrant workers.

The SOP said the train schedule, protocols for entry and movement of passengers, services to be provided in coaches, and arrangements with states and UTs for booking of tickets shall be publicised by the Railway Ministry.

Sending states and UTs, and the Railway Ministry will ensure that passengers are compulsorily screened, and only asymptomatic passengers are allowed to board the trains, it said.

Movement of migrant workers during the lockdown has become a humanitarian crisis with thousands of them being seen walking on roads and railway tracks ignoring government pleas to stay back at the place where they are.

At least 16 such people were mowed down by a goods train in Maharashtra, while at least 100 others were killed in road accidents in different parts of the country.

The railways have so far run around 1,500 'Shramik' trains since May 1, ferrying over 17 lakh people from various parts of the country to different destinations.