The "EVM hackathon" event was sponsored by the Congress, the minister of Electronics and IT said at a press conference in Delhi. 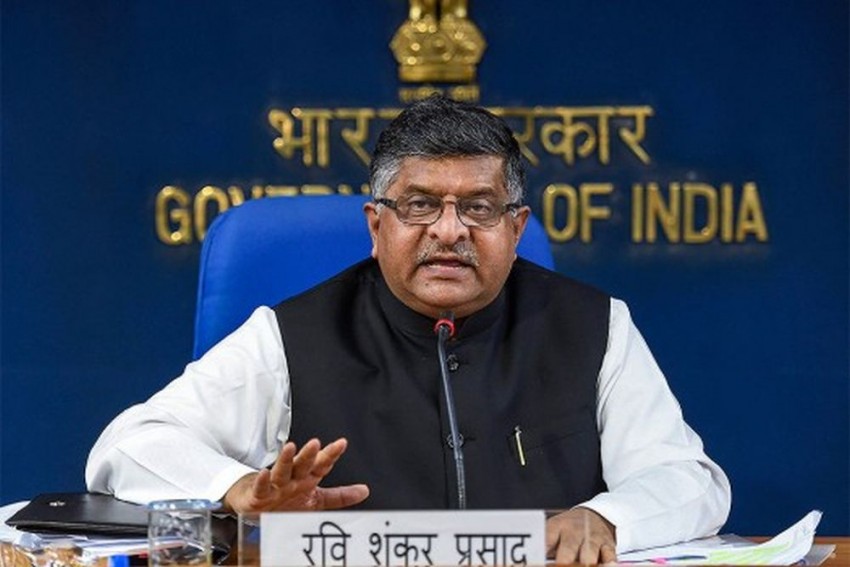 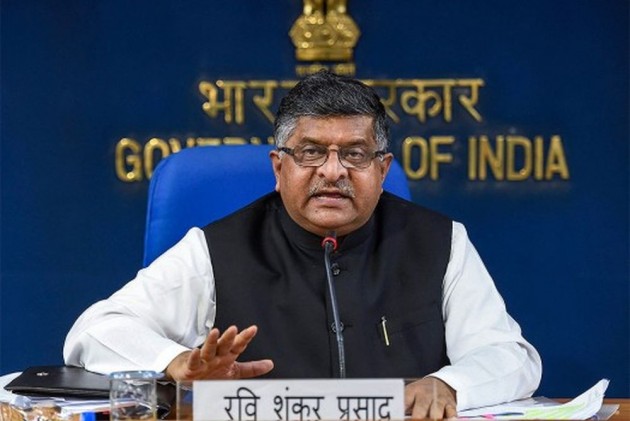 Declaring the allegations of rigging in the 2014 polls, made at a London press conference, a "Congress-sponsored conspiracy", the BJP on Tuesday said the event was designed to "defame" Indian democracy and its Election Commission.

The attack came a day after a self-proclaimed cyber expert alleged at the press event that the BJP had won election by hacking into Electronic Voting Machines (EVMs), the ruling party launched a stinging attack on the Congress and said it has already started looking for an "alibi" for its certain loss in the coming Lok Sabha polls.

Union minister Ravi Shankar Prasad told reporters that the Indian Journalists' Association, which had organised the conference, is headed by Ashis Ray who, he claimed, is a "committed Congressman" and has been singing paeans in support of Congress president Rahul Gandhi.

He contributes to National Herald, a Congress mouthpiece, "campaigns" for the Congress on social media and has often attacked Prime Minister Narendra Modi, Prasad claimed, adding that he had also organised Gandhi's public event in London.

There has been no reaction from Ray to the BJP's comments so far.

Targeting the Congress, Prasad questioned the presence of its leader Kapil Sibal at the event.

"What was Sibal doing there? In what capacity was he present? My charge is that he was there to monitor the event for the Congress. It was a Congress-sponsored conspiracy designed to defame Indian democracy and its Election Commission," Prasad said, also calling it a Congress-scripted exercise.

The BJP leader also dismissed Sibal's claim that he was present in his personal capacity, saying he was intelligent enough to know implications of his being there. He claimed that Sibal went there by deliberate design.

He said the invite for the event had claimed that the hacking of EVMs will be shown but the "gentleman" appeared in the US wearing a mask.

Ridiculing the London event as a circus and political stunt, the BJP leader said he had never heard of Syed Shuja, who claimed to be a cyber expert and made the outlandish and explosive allegations at the press conference, even though he, as Union IT minister, keeps in touch with experts and developments in the field.

"I could not understand this drama. He (Suja) offered no proof and nor did he present himself to questioning by the media. No evidence, no corroboration and no question and such big allegations were levelled," he said.

Prasad alleged it was a Congress-sponsored conspiracy and asked if opposition parties wanted to revert to the use of ballot papers in elections, alleging that West Bengal Chief Minister Mamata Banerjee-led Trinamool Congress had used them to rig local polls in the state last year as the government did not use EVMs.

The Congress is the "biggest culprit" when it comes to weakening institutions while it levels this allegation at our leader, he said, apparently referring to the opposition party's accusation against Prime Minister Narendra Modi of attacking institutions.

He also expressed his party's "deep pain" at the allegation in the London event that Union minister Gopinath Munde was "murdered" in because he was aware of the 2014 poll "rigging" and was set to disclose it. He dismissed it as rubbish.

Munde had died in a road accident in New Delhi weeks after the BJP won the 2014 elections.

Name of a deceased person was used as he could no longer respond, Prasad said, adding that an AIIMS doctor, who was involved in Munde's postmortem, had Monday stated that the reason of his death was neck injury suffered in the accident.

However, Munde’s nephew Dhananjay Munde has sought an investigation on the same either by R&AW or a Supreme Court judge.

Munde, who is the Leader of the Opposition in the Maharashtra Legislative Council, also termed as "shocking" the claims made by the self-proclaimed US-based Indian cyber expert.

Gandhi should answer as to how many more alibies he was going to invent for party's loss in the Lok Sabha polls, Prasad asked.

The London event was also meant to defame the popular mandate in 2014, he said, noting that it was not the BJP but the Congress which was then in power. The BJP had swept to power in 2014.

The Union minister said the EVMs have been in use since 1996 and non-BJP parties have won so many elections since them.

"When the BJP wins, then the EVMs become suspect. What kind of logic is this," he asked, adding that there cannot be a more "shameful" argument which is designed to compromise Indian electoral process.

No political party or expert had taken up the open challenge thrown by the EC in 2017 for hacking the EVMs, he said, adding it's shameful that a political party that had ruled the country for close to six decades is "sponsoring" such shameful attacks on the commission.

The Supreme Court had also dismissed in November last a petition seeking re-introduction of ballot papers in elections.