The efforts are on from both -- the saffron party and the grand old party -- to woo the potential 'kingmaker'. 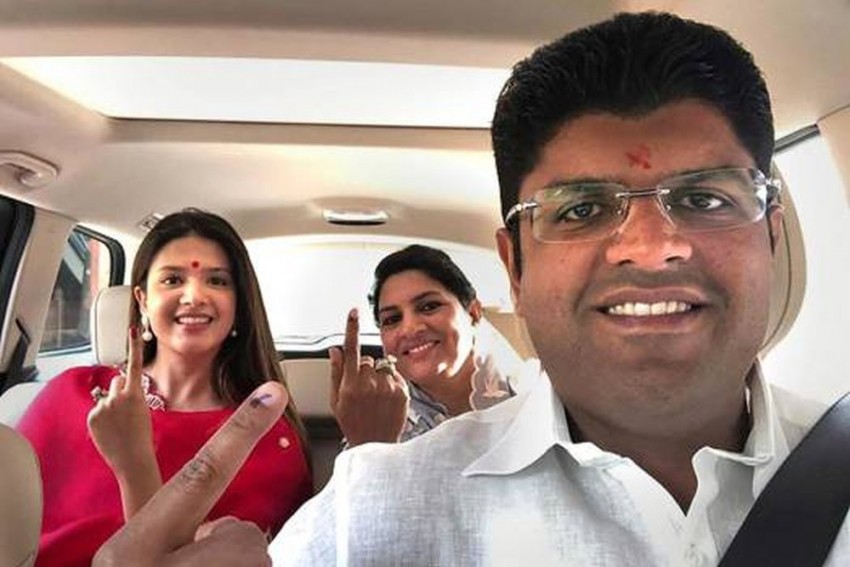 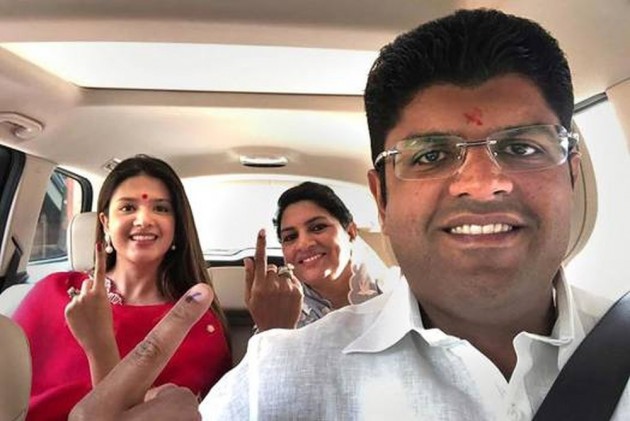 As the afternoon trends showed a neck-and-neck contest between the Bharatiya Janata Party (BJP) and Congress, two principal political parties in Haryana, the nine-month-old Jannayak Janata Party (JJP) could well prove to be what its leaders had been saying, "the kingmaker".

The latest numbers on the Election Commission website showed the BJP and Congress each leading in 35 constituencies, followed by the JJP in 10 seats. Now, the efforts are on from both -- the saffron party and the grand old party -- to woo the potential 'kingmaker'.

While the Congress made the first move, offering Dushyant Chautala's party the chief ministerial post, the BJP, too, lauded the young leader saying the 31-year-old had "emerged as a seasoned leader and he is taking forward Devi Lal's legacy."

BJP's Haryana in-charge and party General Secretary Anil Jain, however, evaded the question of a possible alliance with JJP to form the government in Haryana. "Chaudhary Devi Lal was opposed to the Congress and given this Dushyant Chautala will not go with the Congress," he said.

BJP's Vice President Vinay Prabhakar Sahasrabuddhe also claimed that the party will be able to form governments both in Haryana and Maharashtra.

Speaking to IANS, Sahasrabuddhe said: "Both the states had not been our traditional states. We worked hard and we were able to make a space for ourselves. We will be able to form the government in Haryana. It will take time to end the politics of populism and identity."

Congress, on the other hand, has reportedly offered the chief ministerial post to Chautala but the latter denies holding any such discussion.

As per the official trends reported by the Election Commission, the BJP is leading on 38 seats in Haryana, followed by Congress on 30 and JJP on 11 among others.