Amit Shah said no Indian will lose his or her nationality due to the Citizenship (Amendment) Act, 2019. 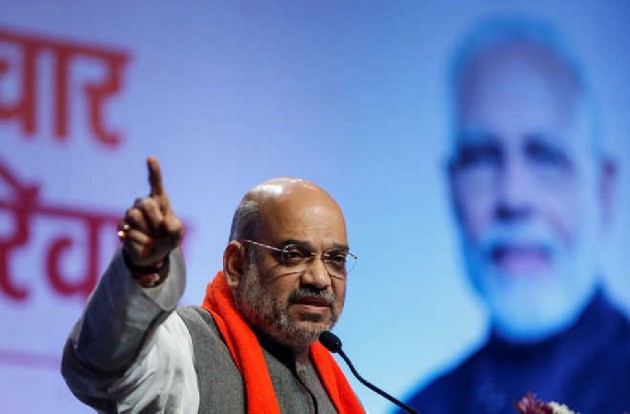 Amid the country-wide protests against the amended Citizenship Act, Union Home Minister Amit Shah on Tuesday asserted the Narendra Modi-led government will ensure that the non-Muslim refugees from Pakistan, Bangladesh and Afghanistan get Indian nationality and live in the country with honour.

Shah also challenged those, who are against the new law, to oppose the legislation as much as they can.

"Come what may, the Modi government is firm that it will ensure these refugees get Indian citizenship and live as Indians with honour," he said at an event in the national capital.

‘I Dare Congress, Its Friends...’: PM Modi Attacks Oppn Amid Row Over CAA

The home minister said no Indian will lose his or her nationality due to the Citizenship (Amendment) Act, 2019 (CAA) and the legislation has been enacted to give citizenship to persecuted minorities of the three neighbouring countries.

Opinion: CAA Another Step Towards Hindu Rashtra Turning Muslims Into Perpetual 'Other'

He asked students who are opposing the legislation to read it properly and understand its meaning.

"I want to tell our Muslim brothers and sisters, you don't need to fear. Those who are living in India, there is no need to fear. No one is going to lose Indian citizenship. Congress is trying to mislead people. The legislation is on the website. Read it. Narendra Modi believes in 'Sabka Saath, Sabka Vikas'. No injustice will be done to anyone," he said.

According to the act, members of Hindu, Sikh, Buddhist, Jain, Parsi and Christian communities, who have come from Pakistan, Bangladesh and Afghanistan till December 31, 2014 and are facing religious persecution there, will not be treated as illegal immigrants but given Indian citizenship.

Also Read: The Unbearable Nothingness Of Being Sri Lankan Hindu

Shah said the only purpose of the act is to give citizenship to those people who have faced persecution in Pakistan, Bangladesh and Afghanistan.

"Where will these people go, the Hindus, Sikhs and others, if not come to India," he asked.

The home minister said that as per the Nehru-Liaqat Pact, these people were to be given protection by Pakistan but they have failed to do so.

Also Read: Noose Around Our Necks

"Now the Modi government is giving citizenship to these lakhs and crores of people. For 70 years, Hindus, Sikhs and others were living a life without job, land, water. I want to tell political parties to go and see their condition, how they are living their life," he said.