This is the second time the space agency deferred the Moon mission launch after it was put off the first time in October for unspecified reasons. 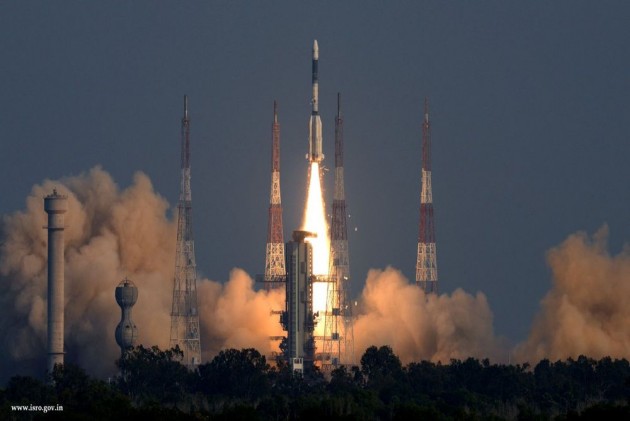 The second Moon mission Chandrayaan-2 that was to be launched by India on Thursday with a lander and rover got delayed again, officials said.

"The next launch date of Chandrayaan-2 has not been confirmed yet," a spokesman of the state-run Indian Space Research Organisation (ISRO) told IANS.

This is the second time the space agency deferred the mission launch after it was put off the first time in October for unspecified reasons.

Though ISRO Chairman K. Sivan told the media here earlier that they planned to launch Chandrayaan-2 on January 3, the reason for the delay has not been made public yet.

"The window to launch the Moon mission for landing on its surface is, however, open till March," Sivan told reporters earlier.

The Rs 800-crore Chandrayaan-2 mission comes a decade after the maiden mission Chandrayaan-1 was launched on October 22, 2008, from the country's only spaceport at Sriharikota in Andhra Pradesh, 90 km northeast of Chennai.

The 3,890-kg Chandrayaan-2 spacecraft, to be launched onboard the Geosynchronous Satellite Launch Vehicle (GSLV) Mk-3, will orbit around the Moon to study its conditions and collect data of its topography, mineralogy and exosphere.

After reaching the 100-km lunar orbit, a lander with rover will separate from the spacecraft and gradually descend to soft land on the Moon at a designated spot. The rover's instruments will observe and study the lunar surface.

The lander has been named "Vikram" as a tribute to the pioneer of India's space programme and former ISRO chairman (1963-71) Vikram Sarabhai.

India will be landing its rover on the Moon for the first time nearly 50 years after American astronaut Neil Armstrong stepped and walked on the eerie lunar surface on July 20, 1969, as part of Apollo-11 mission.

While Chandrayaan-1 reached the lunar orbit on November 8, 2008, its impact probe crashed onto the Moon on November 14, 2008. The 675-kg spacecraft was lost on August 29, 2009, after orbiting at 100 km away from its surface and mapping its chemical, mineralogical and photo-geologic properties for over nine months.

Of the 11 scientific instruments, onboard Chandrayaan-1 from six nations, including India, one of them from the US space agency NASA discovered the presence of water on the Moon for the first time.

Incidentally, while India's second voyage to Moon got delayed, China on early Thursday soft-landed its spacecraft Chang'e-4 on the far side of the lunar surface, which is away from facing earth.

When Chandrayaan-2's rover lands on the Moon, India will be the fourth country in the world to achieve the feat after China in December 2013, the US in 1969 and the then-Soviet Union in 1959.

Meanwhile, Israel, which also plans to launch its lunar mission in February, is in a contest with India to be the fourth nation to land a spacecraft on the Moon.