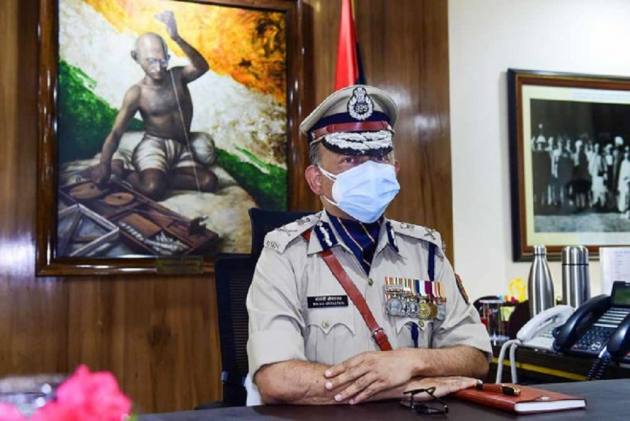 Raising questions about the personnel management policies of the central government, Special Commissioner (Vigilance) Balaji Srivastava was given additional charge of Commissioner of Delhi Police on June 30. This is the second consecutive time that a senior officer has been given additional charge of Delhi Police instead of a permanent appointment.

His predecessor Sachidanand Shrivastava held the post as an additional charge ever since he was handed over the reins in February 2020, in the middle of one of the worst communal riots that the Capital witnessed in recent times. He was regularised as the CP, Delhi, only in May, barely one month before his retirement.

Security experts believe that this policy of keeping the top cop on tenterhooks is not only highly irregular but also undesirable. It generates a sense of insecurity among the officers holding charge of important posts and probably intentional on the part of the government. “It makes it easier for the government to exercise control over the incumbent and the organisation. It keeps him on a tight leash,” says a senior IPS officer, who retired as DG of a state police force.

He cites the notification issued by the Union government while appointing the new head of Delhi Police – “Balaji Srivastava will hold the additional charge of Commissioner of Police, Delhi in addition to his regular charge until the appointment of a regular incumbent or until further orders, whichever is earlier.”

This kind of phrasing of the notification would ensure a sense of temporariness to the job and the fact that he would never be comfortable or secure enough to take tough, long-term decisions for the force. “Even the rank and file of the force would find it difficult to give him his due respect. These new rules of administration that the government is following are not good for the morale of the force in the long run. It tends to drift,” says another police officer.

The Department of Personnel and Training (DoPT) has also quietly tweaked the rules governing the appointment of CBI director. It arbitrarily changed the tenure of the new director, which used to be a minimum of two years, by inserting the words “until further orders”. The note issued by DoPT on May 25 stated that “the Appointments Committee of the Cabinet has, based on the panel recommended by the Committee, approved the appointment of Shri Subodh Kumar Jaiswal, IPS (MH:1985), as Director, Central Bureau of Investigation (CBI) for a period of two years from the date of assumption of charge of the office or until further orders whichever is earlier.”

This is seen as the Centre’s way of keeping the CBI chief in check. This could have been triggered by the controversy involving former CBI director Alok Verma who was divested of his powers well before his tenure was to end and he had then approached the Supreme Court. Probably that is why the Centre wants to keep the option of restricting the tenure of CBI chief open.

There are eight crucial security-related posts that are lying vacant without a permanent chief. These include CISF, NIA, BCAS, Civil Defence and Home Guards, Bureau of Police Research and Development (BPR&D), NCB and Secretary (Security) in the ministry of home affairs. The post of Railway Protection Force DG fell vacant yesterday on June 30. Asthana is due for retirement on July 31 when the post of BSF chief will also be vacant. “How can the government explain this? Transition from one chief to the next in any organisation is supposed to be a smooth one. The successors are generally selected well in advance without any period of uncertainty. But this is not being done,” says the former DGP.

It is also unfair to the officers who have been empanelled to the rank of DG and are awaiting their posting. “Most of them are smarting for promotions as they have little time left before retirement. By the time they are up for promotion to the post of DG, most of them have one or two years left before retirement. Any kind of delay robs them of their due. While they wait for their turn, the government grants extensions to officers helming organisations like Intelligence Bureau (IB) and Research and Analysis Wing (R&AW),” he adds.