CBI Vs Mamata: All Out War Between TMC And BJP

Police sources in Kolkata say that Kumar had been caught in a tussle with the CBI over the last year or so in connection with a probe he headed in the Saradha case. 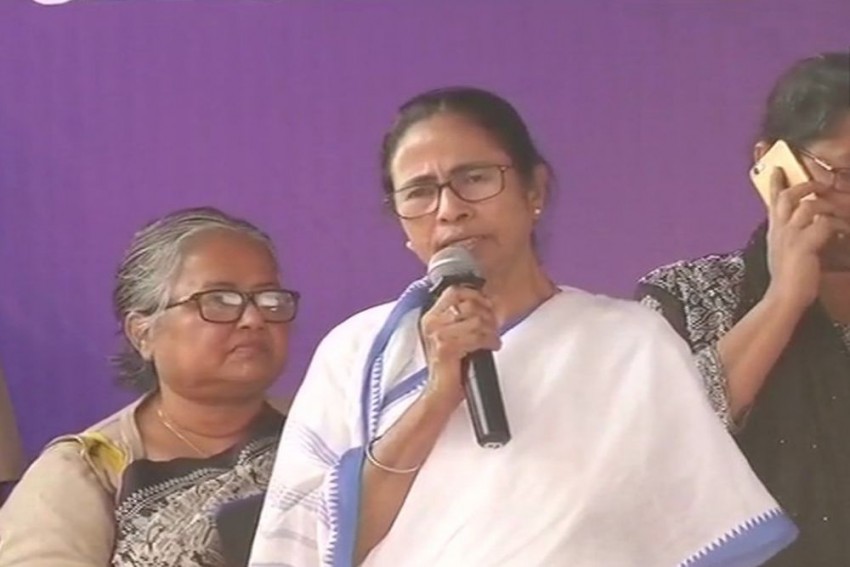 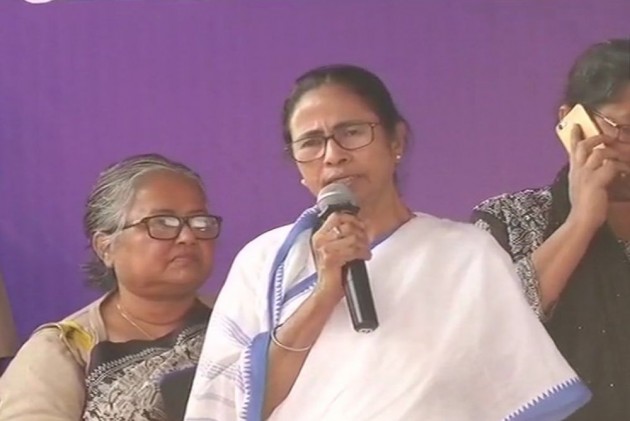 Thirteen year back, maverick Trinamool Congress chief and West Bengal chief minister Mamata Banerjee had sat on a 26-day fast that propelled her to the state power centre at Writers’ Building. She started a similar sit-in on Sunday to take on the Narendra Modi government for what she calls is 'misuse' of central probing agencies to harass political opponents ahead of the 2019 general elections.

The CBI’s late evening move to question the Kolkata police chief Rajeev Kumar in the Saradha and Rose Valley ponzi schemes which have hurt tens of thousands of investors, led to an unprecedented confrontation between Prime Minister Narendra Modi and Banerjee. This has taken the shape of a full-blown war.

While Banerjee accuses the Modi-Amit Shah duo of trying to play out a political coup by using some pretext or other to impose President’s Rule in Bengal, the BJP says her autocratic rule has led to lawlessness in the state.

The ponzi schemes have come to haunt Banerjee and her party ahead of every polls ever since the scam started dominating the Bengal political landscape since 2014 after the probe was handed over to the CBI by the Supreme Court. But this time, by deciding to hold a sit-in, the TMC chief has turned it into a BJP versus Opposition fight, an extension of her “United India” mega rally on January 19. A combative Banerjee said the CBI raid was connected to the mega opposition rally.

BJP has been alleging that Kolkata police commissioner Rajeev Kumar, who headed the special investigation team set up by the state government to probe the ponzi scheme frauds, had destroyed evidence that proved Banerjee’s involvement.

Banerjee, who has been sitting on dharna at the Metro Channel in busy central Calcutta and running the state government from the site and even holding key Cabinet meeting before the state budget was presented, accused Modi and Amit Shah of using the CBI to undermine the Constitution. She said she is deeply anguished, and the manner in which Modi and Shah are trying to take control of Bengal is unprecedented.

The Kolkata police top brass as well as Banerjee have cited a December 8 Calcutta High Court order that they said had restrained the CBI from enforcing the summons it had served on the city police chief Kumar.

They say after Kumar and a number of other police officials complained of receiving CBI summons well after the dates fixed for questioning passed, the bench of Justice Shivakant Prasad in Kolkata High Court posted the matter for hearing on February 13.

Police sources in Kolkata say that Kumar had been caught in a tussle with the CBI over the last year or so in connection with a probe he headed in the Saradha case.

The bitter rivalry between the Bengal government and the Centre has been driven by the political animosity between the Trinamool Congress and the BJP in the state. The BJP hopes to increase its tally in the Lok Sabha elections while Banerjee aspires to head a coalition of Opposition parties to dislodge the saffron party from power at the Centre.

Though the CBI accuses the Trinamool Congress of having a role in the chit fund scam, the party in turn accuses the central probe agency of being a vehicle of partisan politics on behalf of the BJP.