The Deputy Shahi Imam advised that people must wear masks while offering namaz, carry sanitizers, and avoid standing shoulder to shoulder with other namazis. 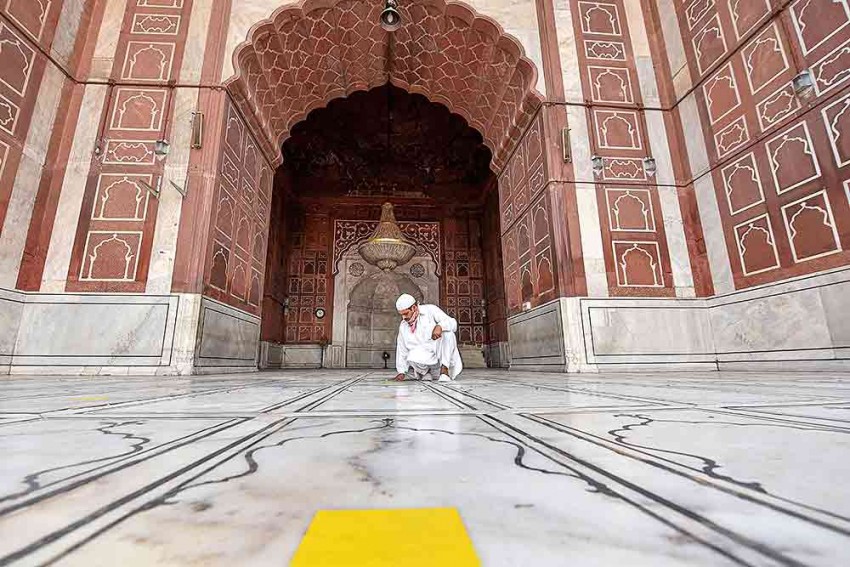 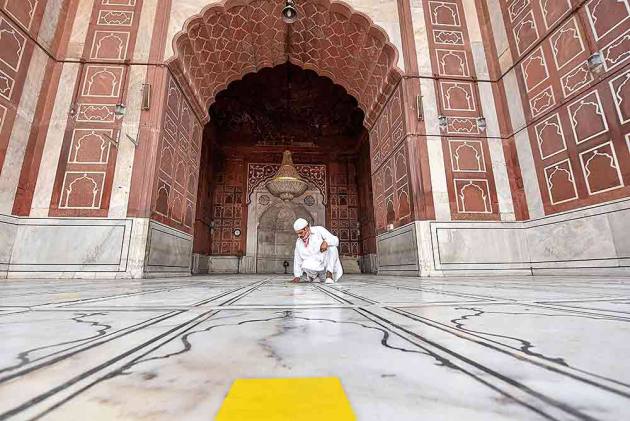 Ahead of religious places re-opening from June 8 as per the Home Ministry's guideline on 'Unlock 1', Syed Shaban Bukhari, the Deputy Shahi Imam of Delhi's Jama Masjid, issued an advisory asking visitors to maintain social distancing and bring their own sanitizer and prayer mats to the mosque.

To ensure the health and safety of people aligned with social distancing norms as mandated by the government, Syed Shaban issued an advisory asking people to maintain social distancing, wear masks and carry sanitizer to the mosque from June 8.

Syed Shaban has also asked people to avoid large gatherings while leaving the mosque. People above 65 years and children below 15 years should take proper precautions before coming to the mosque, the advisory said.

The advisory notified that stickers have been affixed on the floor and verandas of the mosque in order to maintain a minimum of one-arm distance between each person offering namaz.

Delhi: Preparations are underway at Jama Masjid for reopening from June 8, after the Ministry of Home Affairs allowed the opening of places of worship with certain precautionary measures amid #COVID19 outbreak. pic.twitter.com/cMFbK0PTs8

Syed Shaban further advised that people must wear masks while offering namaz, carry sanitizers, and avoid standing shoulder to shoulder with other namazis.

The advisory appealed to people to do compulsory 'wuzu' (ablution before namaz) from home before coming to the mosque as "the Hauz will be temporarily closed to alleviate the threat of viral transmission from spreading further."

Voicing his concern over the health and safety of the people, Syed Shaban said, "We have asked people to carry their own musalla' (mat for offering namaz), as we have decided to discontinue using carpet on which people offer namaz at the mosque." He further adds, “Hauz water for ablution has been dried off, but water taps for ‘wudu’ will be operational, however, congregants should keep social distancing norms in mind while using taps.”