According to Muslims, there is a graveyard known as 'Ganj Shahidan' around the demolished Babri Masjid 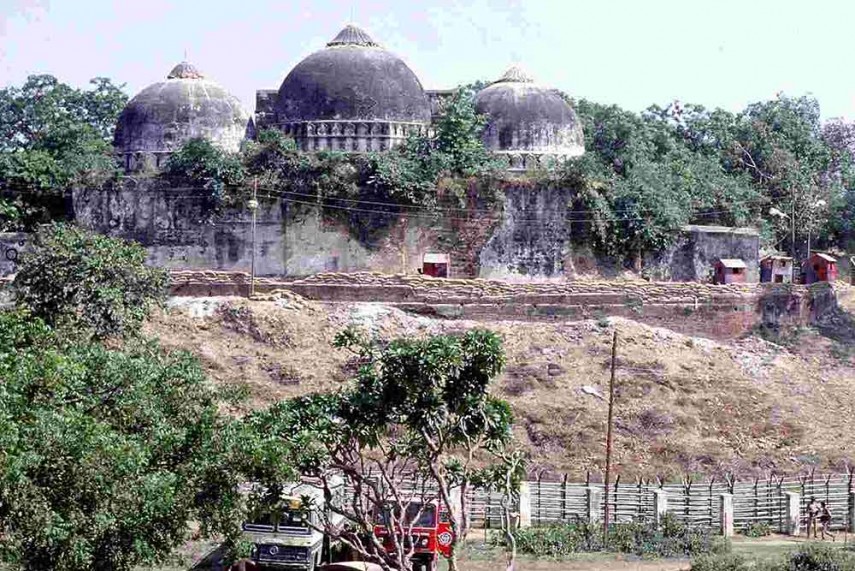 A senior Supreme Court lawyer has written to the Ram temple trust on behalf of a group of Muslims in Ayodhya, asking that five acres of land around the demolished Babri Masjid, where a graveyard is situated, be spared for the sake of 'sanatan dharma'.

The letter, written by advocate M R Shamshad and addressed to all 10 trustees of Shri Ram Janmabhoomi Teertha Kshetra, says, "In view of religious scriptures of 'sanatan dharma', you need to consider whether the temple of Lord Ram can have foundation on the graves of Muslims? This is a decision that the management of the trust has to take."

Shamshad said, according to Muslims, there is a graveyard known as 'Ganj Shahidan' around the demolished Babri Masjid where 75 Muslims who lost their lives in the 1885 riots in Ayodhya were buried.

"There is a mention of this in Faizabad Gazetteer also," he said.

"The central government has not considered the issue not using the graveyard of Muslims for constructing the grand temple of Lord Ram. It has violated 'dharma'," the letter stated.

"With all humility and respect to Lord Ram, I request you, not to use the land of about four to five acres in which the graves of Muslims are there around the demolished mosque," it added.

However, the district administration of Ayodhya, on Tuesday, said that there was no graveyard within the 67 acre of land where the Ram temple is to be built.

The administration responded to a letter sent to the temple trust by Supreme Court lawyer M.R. Shamshad, on behalf of nine Muslim residents, claiming that the land had earlier been used as a graveyard.

District Magistrate, Ayodhya, Anuj Jha told reporters, "At present there is no graveyard within the 67 acre campus of the Ram Janambhoomi areas."

The district magistrate said, "The Supreme Court was apprised of all the facts during hearing of the case (Ayodhya title dispute), including contents of the letter (written by lawyer M.R. Shamshad). This issue also came up during hearing of the case. In the Supreme Court's judgment on November 9, 2019, all these facts were also clearly mentioned."