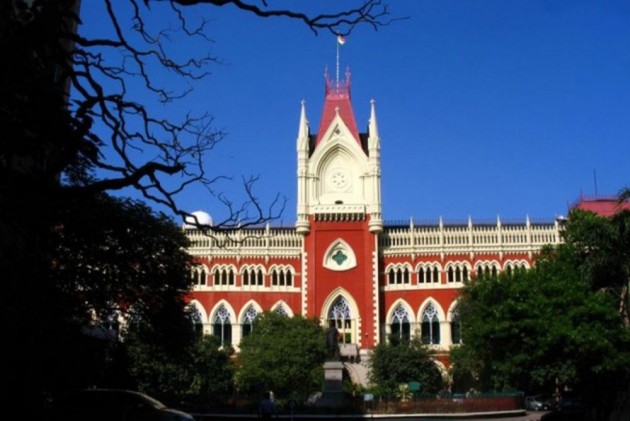 In response, four members of the council have written to the CJI N V Ramana, seeking action against Deb.

Deb, who is also an MLA of the state’s ruling party, the Trinamool Congress, wrote to CJI in a letter marked as “confidential” and dated June 25, the subject of which was “removal of Hon’ble. Justice Rajesh Bindal, acting chief justice of the Hon’ble high court at Calcutta with immediate effect.”

Notably, the letter was first ‘leaked’ in the media by the BJP’s IT cell’s national, head Amit Malviya, on Twitter on June 27.

In it, Deb wrote, “We, the members of the West Bengal Bar Council, are compelled to write this instant letter under urgent and dire circumstances.”

The letter mentions that the lawyers at Jammu and Kashmir high court had boycotted the court of Jindal at in September 2019 after being “fed up of his Lordship’s antics” and that his actions in Calcutta had “given rise to a perception that Hon’ble justice Bindal is an unfair, partial and biased judge.”

The letter said that the way justice Bindal acted in the case regarding the arrest of Bengal ministers Firhad Hakim, Subrata Mukherjee, TMC MLA Madan Mitra and former minister Sovan Chatterjee by the CBI in the Narada cash-for-favours case “sets serious doubts over the conduct and character of Hon’ble justice Bindal.”

Incidentally, the Calcutta high court’s role regarding denial of bail to the arrested four in the Narada case had earlier drawn criticism not only from senior advocate Indira Jaisingh but also from Calcutta high court judge Arindam Sinha, who had written a letter to all HC judges saying, “Our conduct is unbecoming of the majesty the high court commands. We have been reduced to a mockery.”

The arrests happened on June 18 and the leaders got bail for a special CBI court that same evening but the Calcutta high court had stayed the lower court order that same night based on the CBI’s plea and without a response from the lawyers of the accused. The four were put on house arrest on June 21, as the case was referred to a larger bench, and they were granted interim bail on May 28.

Deb’s letter, beside this case, also alleged that the acting chief justice had repeatedly allowed the CBI to file affidavits but disagreed to accept affidavits from chief minister Mamata Banerjee and law minister Malay Ghatak – they were made party to the case for allegedly leading agitation at the CBI’s office and the course premises following the arrests – on the ground that they came late. It was “a clear sign of Justice Bindal’s apparent bias,” the letter said.

The fresh application was filed on Monday.

Deb’s letter also said that “the absurdity and inanity of the acting chief justice’ conduct” was further evident from the way he assigned cases to judges, citing the example of how Banerjee’s case against Nandigram’s election results was allotted to justice Kaushik Chanda, who had in the past some association with the BJP.

Mamata Banerjee herself has written to justice Bindal requesting him to assign the case to another judge citing justice Chanda’s past association with the BJP’s legal cell when he was a lawyer. As no action was taken, one the next day of hearing Banerjee’s lawyers requested justice Chanda to take himself off from the case. Justice Chanda is yet to announce whether he will be hearing the case or recuse himself.

Deb’s letter in the middle of this series of legal battles in the Calcutta high court on a range of issues, including cases on alleged political violence on the workers of the opposition parties perpetrated by TMC workers and supporters – has stirred a controversy, as it also said that “vide various social media posts an impression is sought to be given that Hon’ble justice Bindal is BJP’s man through and through.”

The BJP’s Malviya, while sharing the letter, wrote, “Just because Calcutta High Court is holding the Mamata Banerjee administration to account for the post poll violence, the CM is using Ashok Kumar Deb, TMC MLA from Budge Budge, under the garb of Bar Council to seek removal of acting Chief Justice. Bid to browbeat judiciary?”

A division bench headed by Bindal had rejected the state’s government objection to an investigation by the national human rights commission into the allegations of political violence.

According to a senior advocate practicing in the Calcutta high court, the recent chain of events reflect an increasing political focus on the judiciary and both sides were trying to keep the judiciary under pressure.

Notably, a group of lawyers had staged an agitation in the court premises on the very day the chief minister’s case against the Nandigram election result was listed for mention at justice Chanda’s court, on the grounds that Chanda had an association with the BJP before joining as a judge.

Senior TMC leaders, including the party’s Rajya Sabha leader Derek O’Brien, had shared on social media photo of an event were Chanda was sharing a dais with the BJP’s state unit president, Dilip Ghosh.

“As the BJP looks to depend more on the judiciary to create troubles for the state government, the Calcutta high court looks set to turn into another site of political battle,” said a veteran advocate who did not want to be named.