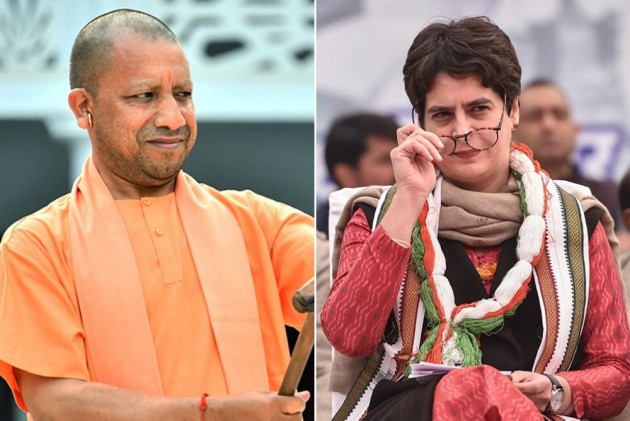 Braving the scorching summer heat, lakhs of migrant workers continue their arduous journey on foot across India’s national and state highways to reach their homes during the ongoing lockdown. Over 100 of them have died in road mishaps. Scores of others could lose their lives to starvation before they reunite with their families.

Yet, in Uttar Pradesh, petty politics, camouflaged by bureaucratic perquisites, stalled relief efforts that could have safely ferried migrants from the state back to their homes. As many as 879 buses from neighbouring Rajasthan and Delhi had lined up along the inter-state border near Agra, awaiting permission from Yogi Adityanath’s government to allow them entry into the state, to transport stranded migrants. Scores of UP natives, who were working as labourers in various parts of Rajasthan, had travelled in some of these buses in the hope of safely reaching their villages instead of being forced to walk all the way. In the absence of permission from the UP government for the buses to enter the state, a majority of these migrants had to de-board near the Agra border and enter the state on foot to start walking back home. These buses had been arranged at the behest of Congress leader Priyanka Gandhi Vadra and paid for by her party.

Can Rahul Gandhi And Priyanka Gandhi's Visible Solidarity With Migrants Propel Congress Back To Glory?

Use BJP Flags On Buses If You Want To, But Let Them Ferry Migrant Workers: Priyanka Gandhi To Yogi Govt

A trail of emails (copies of these are with Outlook) exchanged between Priyanka’s secretary, Sandeep Singh, and Awanish Awasthi, additional chief secretary, UP, illustrates a flagrant disregard for human life to score an upper hand in political jousting.

Priyanka had first written to Adityanath on May 16, seeking permission for her party to operate the buses for ferrying the migrants. The UP CM initially declared that his government had 12,000 buses to rescue the migrants and did not need the services offered by Priyanka. Thus, nearly 500 buses already arranged by the Congress party were sent back to depots in Delhi and Rajasthan on May 17.

However, on May18, Awasthi wrote to Singh informing him that permission had been granted and details of registration numbers of the buses, driver’s names, etc. should be furnished before the authorities concerned for necessary approvals. Singh sent the details to Awasthi the same day by email. At 11.40 PM, Awasthi replied instructing Singh to ensure that all the buses along with relevant documents like their fitness certificates must be lined up for inspection at the office of the district magistrate, Lucknow by 10 AM the following morning (May 19). In his email reply to Awasthi at 2.10 AM (May 19), Singh expressed surprise at the directions and said that the buses had started arriving on the Delhi-Ghaziabad and Delhi-Noida borders and to now send these empty buses all the way to Lucknow within 10 hours would serve no purpose. Singh requested that a nodal authority in Ghaziabad and Noida be authorised to carry out the bureaucratic formalities instead. Thereafter, Awasthi issued a new deadline of 12 noon for May 19, instructing Singh that permissions be taken from the district magistrates of Noida and Ghaziabad.

As several buses were arriving from Rajasthan and Delhi, Singh asked Awasthi to allow time till 5 PM for submission of documents. At 3.15 PM, Singh wrote to Awasthi, again informing him that several buses that were en route from Rajasthan for Ghaziabad and Noida had been stopped by the UP administration at the Uncha Nagla inter-state border check point. With the UP administration not allowing the buses from Rajasthan to enter the state and report for inspection, the deadline given by Awasthi expired. Singh then wrote to the top bureaucrat again, informing him that the buses were stranded at the border check point and will continue to be there till 4 PM on May 20, awaiting the government's permission.

The permission never came. In the meanwhile, the narrative changed from buses offered by the Congress not being allowed entry into UP to how there were discrepancies in the list of vehicles provided by the party to the Adityanath administration. Within no time, a section of TV news channels began airing 'investigative stories' about forgery of vehicle registration numbers. It was pointed out that of the "1000 buses" offered by the Congress; nearly 200 were actually auto-rickshaws, ambulances and other smaller vehicles. The party's UP unit chief, Ajay Kumar 'Lallu', was arrested by the police on charges of forgery and an FIR was filed against Singh.

To embarrass the Congress further, Aditi Singh, the party's Rae Bareli legislator and once a close confidante of the Gandhi family, lashed out at her own party for the "cruel joke" it was playing at the expense of the migrants. She also praised Adityanath for arranging buses that had ferried back home students from the state who were stranded in Rajasthan's Kota and wondered why the Congress hadn't come forward to help the students. Congress spokesperson Supriya Shrinate promptly shot back at Aditi, calling her an opportunist. Shrinate wondered, "even if there were discrepancies in our list, there are still 879 buses available as per the government... why can’t these be allowed to transport migrants".

That registration numbers of smaller vehicles were included in the list of "1000 buses" submitted by the Congress, was undeniably a massive self-goal. It also speaks volumes about the continuing mismanagement of party affairs in UP, even under Priyanka. The Gandhi scion too couldn't gloss over this glaring error when she issued a video statement on May 20 and conceded that the "mistakes will be rectified". In her counter-offensive, Priyanka urged Adityanath to grant permission to the buses offered by the party and said, “put the BJP stickers and banners on the buses if you want; say that you have paid for them but please allow these buses to transport the migrants”.

The claims by the UP administration or Priyanka’s riposte aside, it is obvious that the controversy was needless, robbing thousands of migrants of help they desparately needed.

“As per the record of the RTO, Lucknow, our list includes 879 buses… there is no explanation from the government on why these buses were not granted permission. If the government had accepted our help, we could have still pressed these buses into service and transported over 90,000 migrants safely back to their homes in the past three days. Instead of focusing on helping the people, the government is only bothered about playing politics while our people continue to face hardships and are forced to walk hundreds of kilometers,” says UP Congress legislator Aradhana Misra.

An appraisal of the Congress party’s efforts on helping the migrant workers during the ongoing crisis, and its comparison with the BJP’s refusal to acknowledge the scale of the humanitarian crisis is pertinent. For the past two months now, the Congress party has been repeatedly raising the issue of granting urgent relief to migrant workers by way of direct cash transfers, distribution of free ration and allowing them to travel back home by various means of transport. Last week, Congress leader Rahul Gandhi had made a surprise visit to the Sukhdev Vihar locality in Delhi to interact with migrants walking back from Ambala in Haryana to their homes in Jhansi. Rahul had then directed his colleagues in the Congress Delhi unit to arrange transportation, food and water for these migrants.

That the overtures by the Gandhis to the migrants had left the BJP incensed was evident two days later when Union finance minister Nirmala Sitharaman fumed over the Wayanad MP’s “dramebaazi” and said it would have been better if Rahul “hadn’t wasted the time of the migrants but walked with them instead, carrying their luggage”. Sitharaman’s outburst had instantly become the source of ridicule on social media platforms. The UP administration’s response to Priyanka’s offer of help is, in many ways, similar to Sitharaman’s flare-up. And, much like the economic package that Sitharaman spent her time announcing last week, the UP administration’s decisions against Priyanka’s proposal leave the migrants high and dry.

The moves by Rahul and Priyanka may have been motivated by the hope of political gains – and this certainly can’t be discounted because the Gandhi siblings, after all, are in politics and desperate to revive their party’s fortunes. However, by preventing them from helping the migrants, the BJP is maintaining a safe social distance from lakhs of people who are in need of immediate help. Priyanka has overseen the setting up of 22 community kitchens across UP to help provide food for traveling migrants. Volunteers have also been roped in by her party to help those in need. The Congress data cell is presently busy mapping migrants across the states and collating a national database of this amorphous chunk of the electorate so that their interests feature prominently in the Congress party’s poll talk in the future. The BJP, meanwhile, is not helping its cause.