Air Warriors Get 'Outdated Machines' As Bureaucracy Enjoys 'Corrupt Cheese And Wine': Kin Of Pilot Who Died In Mirage-2000 Crash

Samir and his co-pilot, Squadron Leader Siddharth Negi (31), were killed after their Mirage 2000 crashed during a testing sortie in Bengaluru’s old HAL Airport. 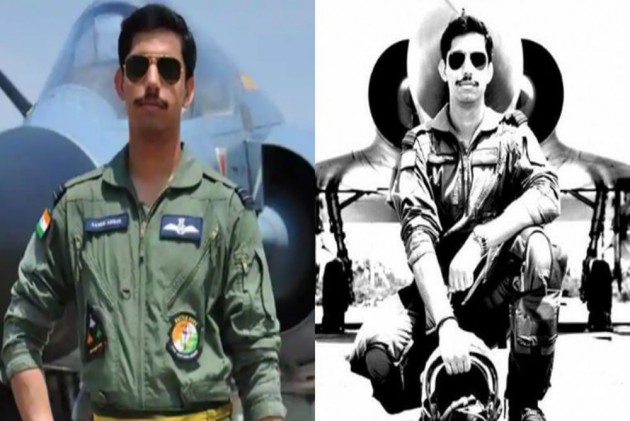 When Indian Air Force (IAF) Squadron Leader Samir Abrol’s family reached Bengaluru, they had one question for the IAF officers who escorted them to Samir’s body: “How did he die?”

Squadron Leader Samir Abrol is one of the two test pilots who died in a Mirage-2000 crash in Bengaluru last week. In the fatal incident, Squadron Leader Siddhartha Negi also lost his life.

The two pilots were conducting an acceptance sortie of the newly upgraded Mirage-2000 trainer jet.

Several reasons — such as mechanical failure in the aircraft — have been cited as possible reasons for the crash and the black box is a vital link to determine the exact cause.

Abrol's lifeless body was cremated with full honours at the Hindon cremation ground in Ghaziabad of Uttar Pradesh on Sunday morning.

An emotional Sameer's father, Sanjeev Abrol, who runs a water purifier business, said his family is not from a defence background but his son had shown an inclination to join the defence forces ever since he was a child.

Speaking about Abrol's love for the Mirage-2000, the father said, “It was the best of the lot which he loved."

"He would hardly be off from work and resumed office midway even as his younger brother’s wedding ceremonies were underway in December, 2017. My last dialogue, a video chat, with him was on the evening of January 30. He told me that he had been concentrating on his work and had no time to visit home. He was so attached to his work that on an earlier occasion, he came to Delhi twice but went without meeting us here in Ghaziabad," Hindustan Times quoted Abrol's father as saying.

Abrol's family also said that the bureaucracy enjoys its "corrupt cheese and wine", the air warriors are given "outdated machines" to fight.

In an emotional post on Facebook, Abrol's brother Sushant penned down a poem for his brother. Sushant stated that "it is an unforgiving job to be a test pilot given the risks it posses."

"While the bureaucracy enjoyed its corrupt cheese and wine. We give our warriors outdated machines to fight, They still deliver it with all their prowess and might," Sushant added.

Samir’s wife Garima, a physiotherapist, recalled how her husband used to drive her to every new posting, speak to every single neighbour, and loved watching the cartoon Dexter’s Laboratory. “He was brilliant. I once asked him what would have happened if he never made it to the NDA, and he replied, ‘IIT was always an option’,” she said.

Following the recent Mirage-2000 crash incident, a petition was filed in the Supreme Court Wednesday over the "alarming increase" in crash of aircraft and helicopters of the Indian Armed Forces, seeking direction to the Centre to take steps to ensure that such accidents do not occur in future.

The public interest litigation (PIL) has been filed after a Mirage-2000 trainer aircraft of the Indian Air Force crashed on February 1 at the Hindustan Aeronautics Limited Airport here killing both the pilots -- Squadron Leader Samir Abrol and Squadron Leader Siddhartha Negi, both from Aircraft and Systems Testing Establishment.

The PIL has sought setting up of a court-monitored committee comprising a retired judge of the apex court and experts from Indian defence services to conduct a thorough enquiry into the Mirage crash.

The PIL, filed by advocate Alakh Alok Srivastava, said the committee should fix responsibilities of erring government officials and others for the lapses leading to such incidents and also to suggest measures to ensure that it does not occur again in future.