The Indian Air Force (IAF) Squadron Leaders Samir Abrol and Siddhartha Negi died of fatal injuries after the aircraft crashed on Friday at a military airport, when it was on an acceptance sortie following its upgrade by the HAL. 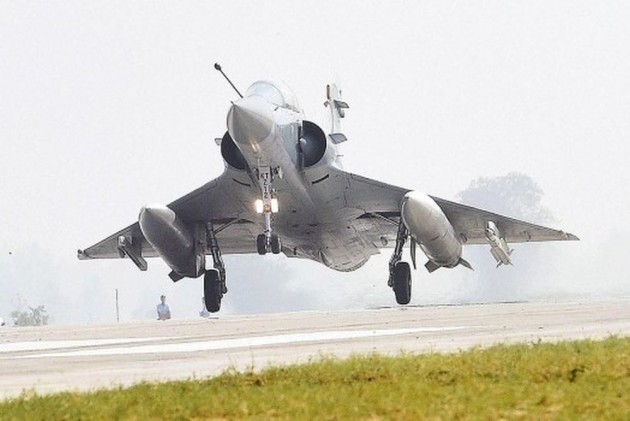 The Indian Air Force (IAF) Squadron Leaders Samir Abrol and Siddhartha Negi died of fatal injuries after the aircraft crashed on Friday at a military airport, when it was on an acceptance sortie following its upgrade by the HAL.

The mortal remains of IAF test pilot Squadron Leader Siddhartha Negi were cremated with military honours in Bengaluru on Saturday, a day after he died in the Mirage-2000 fighter crash on Friday.

"Squadron Leader Negi's body was cremated this morning (Saturday) with full military honours by the air force in the presence of his family, including his widow," an Indian Air Force (IAF) spokesman told IANS.

Details of Negi's last rites were, however, not shared with the media either by the Defence Ministry or the IAF.

Negi's senior colleague Squadron Leader Samir Abrol from Ghaziabad in Uttar Pradesh was the other test pilot who died in the crash of the jet on a test sortie at the military airport in the city's eastern suburb.

"Abrol's body was flown to Ghaziabad earlier in the day for the last rites in his home town with full military honours," the official added.

Negi, whose age has not been officially disclosed, hails from Dehradun in Uttarkhand and was commissioned into the IAF a decade ago.

An ace fighter pilot, Negi was on deputation over six months to the IAF Aircraft and Systems Testing Establishment (ASTE) as a test pilot from his unspecified air base.

Abrol, who was commissioned in 2008, was also on deputation to the ASTE as a test pilot over six months from his air base, not specified.

The Indian Air Force (IAF) and the state-run Hindustan Aeronautics Ltd (HAL) will conduct a joint probe into the crash of an upgraded version of the Mirage-2000 fighter jet, a Defence Ministry official said on Saturday.

"The black box has been recovered from the crashed jet by the HAL and IAF, who will be conducting a joint inquiry into the incident," the official told here.