Water bodies have perennially been central to artist Paresh Maity’s work. An upcoming retrospective of his works titled 'Noise of Many Waters' will try to explore the artist's works with the unusual muse.

More from Trisha Mukherjee
View All

Rivers reflecting fiery orange skies as the sun sets, or scenes of quiet evenings on river banks in sleepy towns, have repeatedly made it to Maity’s canvases.

Capturing the artist's extraordinary relationship with water, and how it’s been critical to his artistic practice both as a medium and a subject, is an upcoming retrospective of his works — “Noise of Many waters” 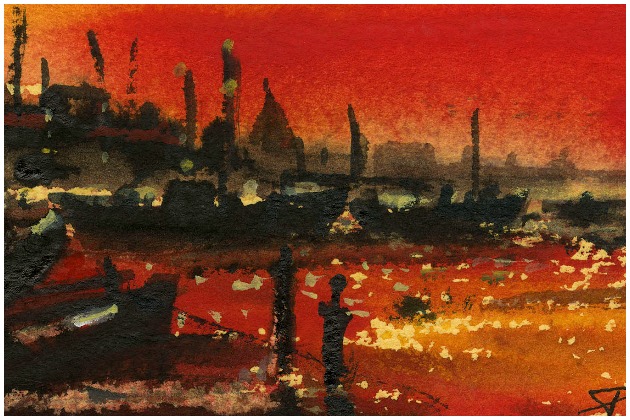 Curated by Rakhi Sarkar, the show will open on November 12 at the CIMA Gallery in Kolkata.

The exhibition that will feature 120 works by the artist created during his four-decade-long career, will take the viewers on a journey of Maity’s artistic life — from his humble beginnings in West Bengal’s Tamluk to making a name as an artist of international acclaim, who has exhibited across the globe, including Hong Kong, Singapore, Australia, London, and the USA.

“Water becomes the central force and metaphor of that incredible journey! His land, river and cityscapes resonate with the spirit, taste and noise of that water,” Sarkar writes in her curatorial note.

Exhibited works will include paintings, drawings, installation, and video art that will highlight the watercolours which are his tour de force. Works will range from miniatures from his student days to gigantic works from recent years.

“This show epitomises the melancholy and the impermanence, the fears and the intense transient nature of life itself. 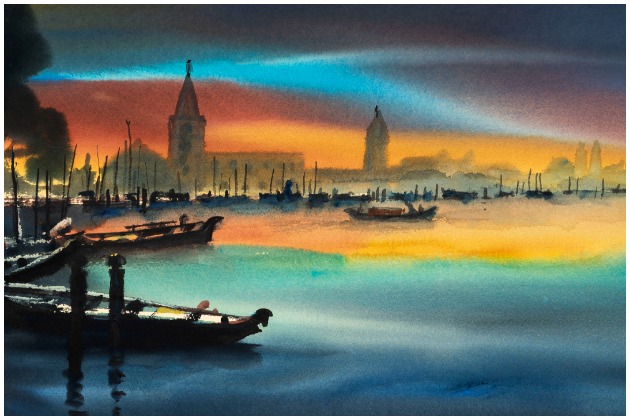 “His works portray the agony and ecstasy of an artist’s eternal journey from reality to the imaginary; his never-ending quest to capture the final magical moment when sweeping water-laden strokes and colours coalesce to create a quintessential Paresh masterpiece. Paresh Maity lives and feels through his watercolours," Sarkar says.

Among his most popular watercolour works are his landscapes of river banks, shores or docks from the ghats of Ganga in Benaras to the Venetian canals.

“The magical quality of Paresh’s water series is the cross-cultural dialogue and the composite world view that emerges through his art.

“The temples on the ghats of river Ganges in Varanasi seem to be in eternal dialogue with the Venetian churches along the canals of Venice, which in turn metamorphose into twists and turns of the placid Li river etching through the layers of strange and mysterious mountains lining the Chinese city of Guilin,” the curators says.

“There is indeed a shift in physical contexts but the eternal spirit and role of the waterways remain unaltered,” she adds.

The show is set to continue till December 11.