Tensions had escalated manifold between India and China after the Galwan Valley clashes in eastern Ladakh on June 15 in which 20 Indian Army personnel were killed. 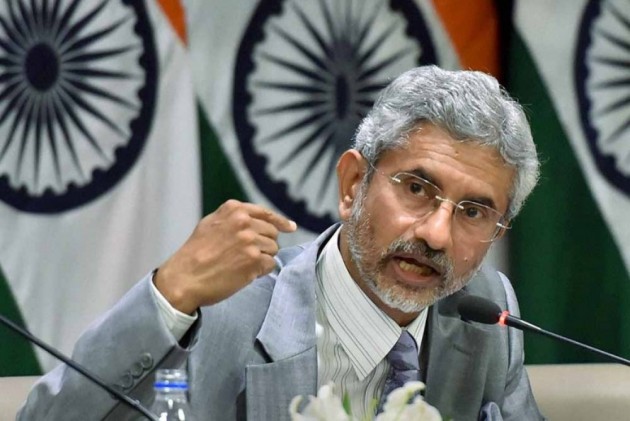 External Affairs Minister S Jaishankar on Friday said the presence of a large number of Chinese troops with weapons at the Line of Actual Control(LAC) in eastern Ladakh posed a "very critical" security challenge to India.

Jaishankar also said the violent clashes at the de facto border in the Ladakh sector in June had a very deep public and political impact and left the relationship between India and China “profoundly disturbed”.

"There are today a very large number of troops(of PLA) with weapons concentrated on that segment of the border and that is obviously a very critical security challenge that we face,” said Jaishankar, speaking at a virtual event hosted by the Asia Society.

Tensions had escalated manifold between India and China after the Galwan Valley clashes in eastern Ladakh on June 15 in which 20 Indian Army personnel were killed. The Chinese People's Liberation Army(PLA) also suffered an unspecified number of casualties.

Jaishankar said India has built a relationship with China over the course of the last 30 years “and a basis for building that relationship has been peace and tranquillity along the Line of Actual Control.”

He said there are multiple agreements, starting from 1993, which created the framework for that peace and tranquillity, which limited the military forces that came to the border areas, how to manage the border, how border troops behave when they approach each other.

“So, from the conceptual level down to the behavioural level, there was an entire sort of framework out there. Now, what we saw this year was a departure from this entire series of agreements. The massing of a large amount of Chinese forces on the border was clearly contrary to all of this.

“And when you had friction points which have a large number of troops at different points very close to each other, then something tragic like what happened on 15th of June happened," he said.

"To underline the enormity of that, it was the first military casualty we had after 1975. So what it has done is, it has obviously had a very deep public impact, very major political impact and it has left the relationship profoundly disturbed."

In response to a question on what did the Chinese actually do on the border and why they did it, Jaishankar said: “I haven’t frankly got any reasonable explanation that I can tell myself from them on this matter."

Jaishankar said that apart from the Wuhan Summit in April 2018, there was a similar summit in Chennai last year and the idea of these parleys was that Prime Minister Narendra Modi and President Xi Jinping spend time, talk to each other directly about their concerns.