The BJP in its manifesto has clearly stated its commitment to pass the Citizenship Amendment Bill once voted back to power. 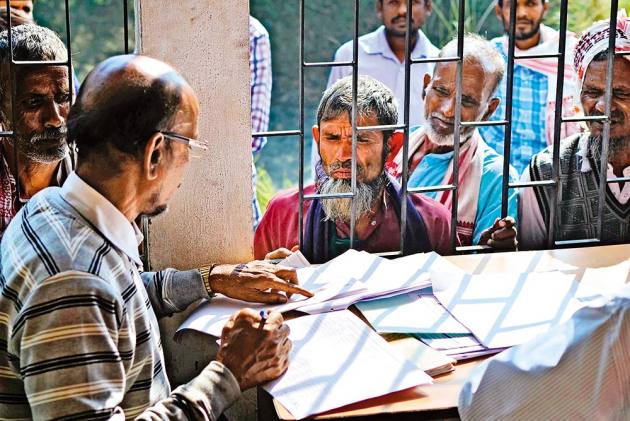 The entire region of the Northeast came together against the proposed Citizenship Amendment Bill. Government after state government in the region passed resolutions to oppose the bill. In Assam too, the Asom Gana Parishad (AGP) left the government when the Bill was passed in the Lok Sabha. Amidst such protests, the government was in a way forced to shelve the Bill and it lapsed. This was acclaimed as a victory of the people of the region and the many organisations which spearheaded the movement against the Bill.

However, the BJP in its manifesto has clearly stated its commitment to pass the Citizenship Amendment Bill once voted back to power. The BJP may have been bolstered to take such a stand against the wishes of the people by two reasons – firstly, by their performance in the last Panchayat elections which showed that the Citizenship Amendment Bill did not impact much, and secondly, by the fact that AGP again entered into an alliance with BJP just before the Lok Sabha elections. It remains to be seen what AGP says on this issue or maintains a categorical silence.

BJP’s manifesto further reiterates the fact that they have zero regard for the angst of the people of the region. This issue saw almost the disintegration of the North-East Democratic Alliance (NEDA). Leaders in the region led by Meghalaya Chief Minister Conrad Sangma spoke against the bill and clearly stated that parties will leave NEDA if this issue is not shelved. Political commentators have further pointed out that this Bill while jeopardising the region is aimed at securing seats in nearby West Bengal.

BJP leaders starting from Amit Shah and Dr Himanta Biswa Sarma have been campaigning with a promise to bring CAB again. The manifesto drives home this fact. While in Panchayat, the swing is always in favour of the ruling government, the Parliamentary elections will not be outside the ambit of the impact of this Bill. If passed, the CAB will not only render the entire process of National Register of Citizens (NRC) redundant but also further complexify the foreigner issue.

While a completed NRC might have been the first step towards solving the problem of illegal immigration, selectively granting citizenship to Bangladeshi Hindus will push the country, and especially the region, back to square one. The Bill’s impact which was seen with rallies and protests in the streets is very likely to translate into anti BJP votes in the ensuing elections.