The auto and taxi services were normal at places like airport, bus stations and railway stations, a union member claimed. 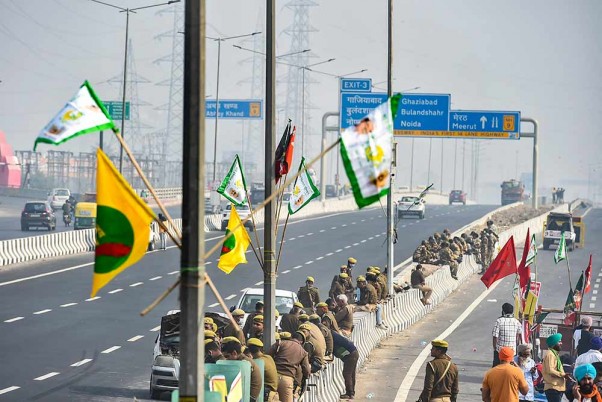 Public transport services in the national capital remained largely unaffected during a ‘Bharat Bandh’ on Tuesday even though some auto and taxi unions kept their vehicles off the roads in support of the shutdown called by farmers protesting against the new agri laws.

Kamaljeet Gill, the President of Sarvodaya Driver Association of Delhi which represents drivers working with app-based cab aggregators, claimed most of its members were on strike.

Roads To Take For Entering, Exiting Delhi-Haryana Ahead Of Farmers' Bharat Bandh Call

"There are around 4 lakh app-based cabs in Delhi-NCR. Most of our members are on strike," he said.

Many users of app-based cab services though said they did not face much difficulty in booking rides.

"The wait time for Ola and Uber was like any other day. I did not have to wait much or face any issues today," said Pradip Dubey, a commuter.

Autorickshaws were also easily available on the roads, said some other commuters.

"Our strike in Support of Bharat Bandh has been successful," claimed Samrat.

The members of striking auto, taxi unions held an ''Akhand Paath'' at Bangla Sahib gurudwara praying for the wellbeing of farmers and drivers, he said.

However, other auto and taxi unions claimed the strike did not have any impact on transport facilities in Delhi.

"All our autos and taxis are running normally and the strike has no impact at all. We support the farmers and their demands, but strike causes problems only to ordinary people," said Rajender Soni, the general secretary of the Delhi Auto Rickshaw Sangh and Delhi Pradesh Taxi Union.

The auto and taxi services were normal at places like airport, bus stations and railway stations, he claimed.

The IGI airport taxi union president Kishanji also said black and yellow taxi services were normal and it was not part of the strike.

Agitating farmer unions have threatened to block national highways and occupy toll plazas across the country during their ''chakka jam'' protest from 11 am to 3 pm as part of their stir.