Reports from states claim farmers have blocked highways at various places, while traders in many small towns and cities have kept the shops closed in support. Rallies planned in many places including in Delhi 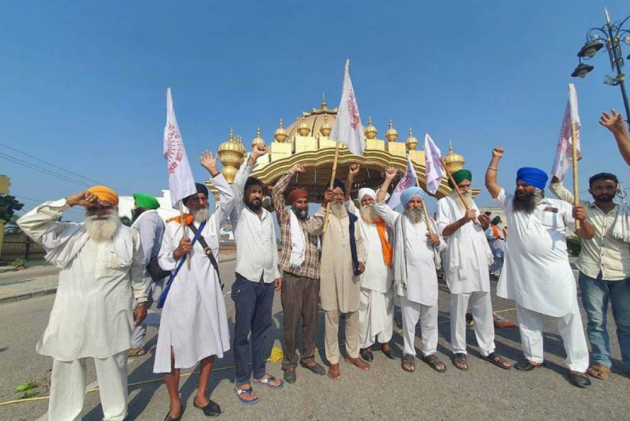 Farmer leaders on Monday expressed satisfaction with the “good start” to their Bharat Bandh call from 6am to 4 pm, marking the anniversary of the day when the three “anti-farm” bills were passed, with reports coming in from all over the countries of their supporters blocking highways at various places, while traders in many small towns and cities have kept the shops closed in support.

“The response is very good from all over the country,” states Krisna Prasad of All India Kisan Sabha, which is leading the protest under the umbrella of the Samyukt Kisan Morcha which has been seeking repeal of the three new farm legislations and enforcement of minimum support price on all buyers of farm produce.

In a statement SKM points out that during the past ten long months of peaceful, determined, hopeful and patient protests by farmers more than 605 farmers have been martyred for joining the agitation. The bandh marks one year since President Shri Ram Nath Kovind “assented to and brought into force the 3 anti-farmer black laws last year,” the SKM statement points out.

With plans to hold protest rallies in the national capital and several other cities and villages, the farmer leaders reiterated that they aim to remain peaceful despite threats and provocative statements from various state authorities and political leaders as in Uttar Pradesh and Haryana.

Marking the birth anniversary of Shaheed Bhagat Singh on 28 September, SKM has invited youth and students supporting the farmers’ movement to join in large numbers at the morchas planned to mark the day.

Meanwhile the Kabaddi tournament organised by SKM is continuing at Singhu Border, with much enthusiasm and active participation of locals.