The Delhi government celebrated on Twitter 106-year-old man's recovery from Coronavirus; the media lined up outside his home to get his photos and quotes. But amid the media attention, no one looked at Mohammad Mukhtar Ahmed's financial woes and the tragic life he has led. 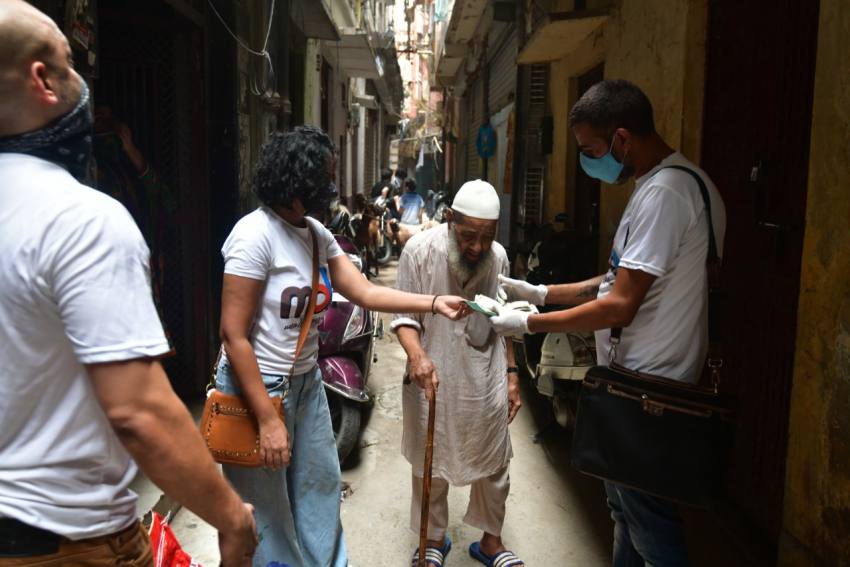 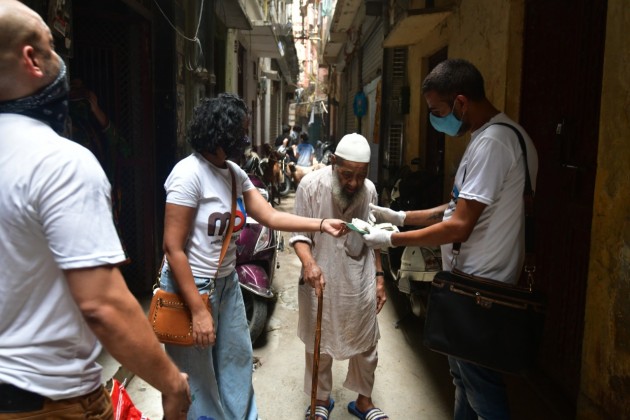 When Delhi's 106-year-old Mohammad Mukhtar Ahmed recovered from Covid-19, the ruling Aam Aadmi Party put up a video of him on its official Twitter handle, saying the oldest person in India had not only defeated the Coronavirus but the Spanish Flu in 1918.

“Meet Mukhtar Ahmed- 106-year-old Delhi resident & possibly the oldest person in India to survive the deadly Coronavirus after being discharged from Delhi Govt's Rajiv Gandhi Super Specialty Hospital. He also witnessed the Spanish Flu that crippled the world in 1918,” the tweet said.

Soon after the tweet, media organisations raced to get the story of the old man. They visited Ahmed's house, asked him to pose in front of the camera. As soon as their job was done, they walked away.

“Media persons came and asked me to pose for cameras and walked away. I did it hoping that the story of my plight might reach the upper echelons of power. But sadly, it didn’t happen,” Ahmed said.

While Arvind Kejirwal government tweeted about his recovery, Ahmed says no one from the administration bothered to find out his financial problems.

A Delhi-based NGO, Meals of Happiness (MoH), has offered him some ration and Rs 10,000 which he says is good enough for him for now.

Ahmed's recovery from the Coronavirus is not the only story of his life. His life has been a constant tragedy.

He lost all his family members decades ago. When Ahmed was working in Mumbai in the film industry, he came to know that his family had drowned in a devastating flood in a village in Osmanabad district in Maharashtra. His elder son, who lived with him, died of a heart attack. He had mental health issues and spent several years in a mental health hospital. He managed to come to Delhi thirteen years ago.

A sweeper in the Indian Railways, Mohammad Saeed’s eldest son spotted him in a pathetic condition in old Delhi. He felt pity for him and provided him shelter in his house. Other family members welcomed him too.

“Since then he has been living with us and we are taking care of him. He doesn’t have any Aadhar Card or government document. There is no financial help from the state government too,” Tayyaba, Saeed’s daughter said.

Considering his age, Ahmed says that the government should provide him with some financial help as Covid-19 has put the family in deep financial stress as other working members have lost source of livelihood.

“At this age, where will I go and work? I owe my life to this family as they have given me love and care for so many years. I don’t want to put them in further financial burden. I demand that the government should give me a monthly pension,” Ahmed said.

When the virus infected the family, almost all the members tested positive but only Ahmed and Saeed were admitted in hospitals considering their age and condition.

Tayyaba said that media persons reported that he (Ahmed) hardly survived but, on the contrary, he showed mild symptoms.

“He was admitted in a hospital because doctors said they want him to keep under medical observation. Else, he remained healthy and didn’t even need oxygen support,” she said.