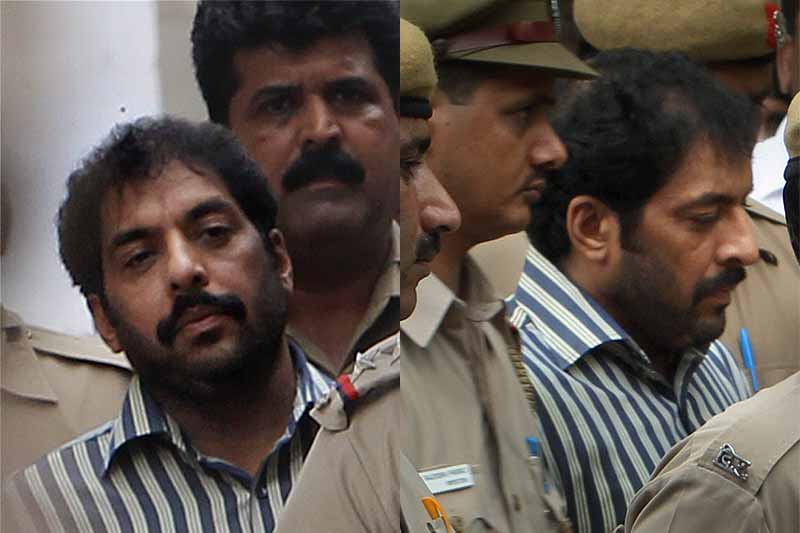 With rape-accused MLA Gopal Kanda extending support to the BJP in Haryana, the Congress on Friday alleged that the "Beti Bachao gang" of the saffron party is "shameless" as it boasts of having a woman finance minister and then accommodates "rapists".

However, BJP general secretary Anil Jain, asked about the row, said the party is aware of the matter and will take a call on it.

Mahila Congress chief Sushmita Dev, in a letter to BJP chief Amit Shah, said aligning with Kanda not only raises questions over the BJP's commitment to women's safety but also its morality.

"The country's daughters are watching what is more important for you -- power or women's safety," she said in the letter posted on her Twitter handle.

"Mahila Congress strongly condemns the alliance of the BJP and Kanda. The BJP indulges in doublespeak by talking about 'Beti Bachao' and there is a difference in its words and actions," Dev alleged referring to the Centre's scheme of 'Beti Bachao, Beti Padhao'.

"The party, which dupes in the name 'Beti Bachao', has crossed all limits of insensitivity by extending its hand of the alliance towards Kanda," she alleged.

Women will not stay quiet and an example of this has been seen in the assembly elections of Haryana and Maharashtra, Dev said.

In a tweet, she said: "Beti Bachao Gang of BJP is basically spineless and shameless. They boast about having a woman defence minister and finance minister and then accommodate rapists in their party."

Earlier, Congress' chief spokesperson Randeep Surjewala, when asked about Kanda's support to the BJP, said, "I think you should look at the statements made by Narendra Modi and Amit Shah at the time when Gopal Kanda was a minister in the (Congress) government in Haryana when we forced him to resign after registration of a case and also removed him from ministership."

Kanda’s support was also slammed by BJP Vice President Uma Bharti, who recalled the row in which the politician was involved when as a minister in Haryana’s Congress government in 2012.

In a tweet, the former Union minister cautioned her party that this could hurt the clean image enjoyed by Prime Minister Narendra Modi and Chief Minister Manohar Lal Khattar.

CPI(M) general secretary Sitaram Yechury hit out at the ruling BJP on Friday for taking the help of rape accused MLA Gopal Kanda to form the government in Haryana, saying the saffron party only wanted to "grab power".

"They (BJP) will go with criminals, with those who have cases registered against them over very serious offences. Even such people will be taken by them to somehow grab power. They only want to grab power and utilise the spoils of office to help their own cronies," Yechury told reporters here.

Police, during its investigation, accused him of raping her and also charged him with abetment to her suicide. Her mother also later ended her life. Kanda was booked for abetting her suicide too. The matter is in court now.

The charge of rape and unnatural sex against Kanda was later dropped.