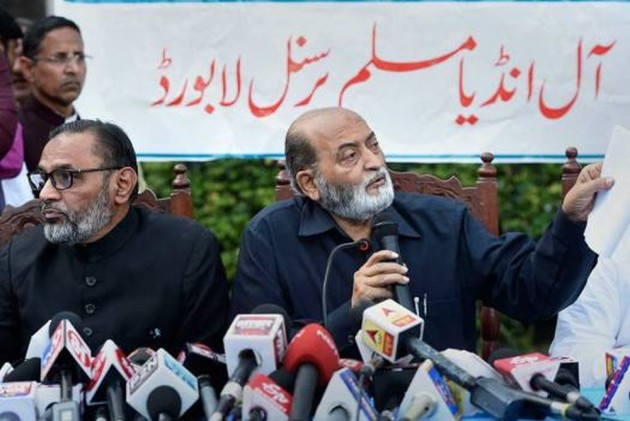 The All India Muslim Personal Law Board (AIMPLB) said on Wednesday that it will file a review petition against the Supreme Court's verdict on Ayodhya title suit before December 9.

"The board is firm on its decision to file a review petition in the Supreme Court and we have time till December 9 for doing so," AIMPLB secretary Zafaryab Jilani told PTI.

"The date for filing the review petition cannot be announced as of now as it is yet to be decided on whose behalf it will be filed," Jilani said while alleging that prospective Muslim parties, who can file the review petition, are being harassed by the Ayodhya police.

Police are warning Muslim litigants that they will be framed and put behind bars if they file a review petition. This behaviour of police can also be mentioned in the petition that will be moved before the apex court, the AIMPLB secretary said.

In a unanimous verdict on November 9, apex court paved the way for the construction of a Ram Temple at the disputed site in Ayodhya. It also directed the Centre to allot a five-acre plot to the Sunni Waqf Board for building a mosque.

The Sunni Central Waqf Board decided on Tuesday that it would not file a review petition against the Supreme Court verdict in the Ayodhya case, but was yet to take a call on whether to accept a five-acre alternative plot for a mosque.

Stressing that the decision of the Sunni Central Waqf Board, one of the main litigants, will have no effect on the AIMPLB decision, Jilani said the board has already taken a final decision in this regard in its meeting here on November 17.

"Exercising our constitutional right, we are going to file a review petition in the Babri Masjid case during the first week of December. Sunni Waqf Board's decision not to pursue the case won't legally affect us. All Muslim organizations are on the same page," Zafaryab Jilani was quoted as saying in a tweet by the AIMPLB.