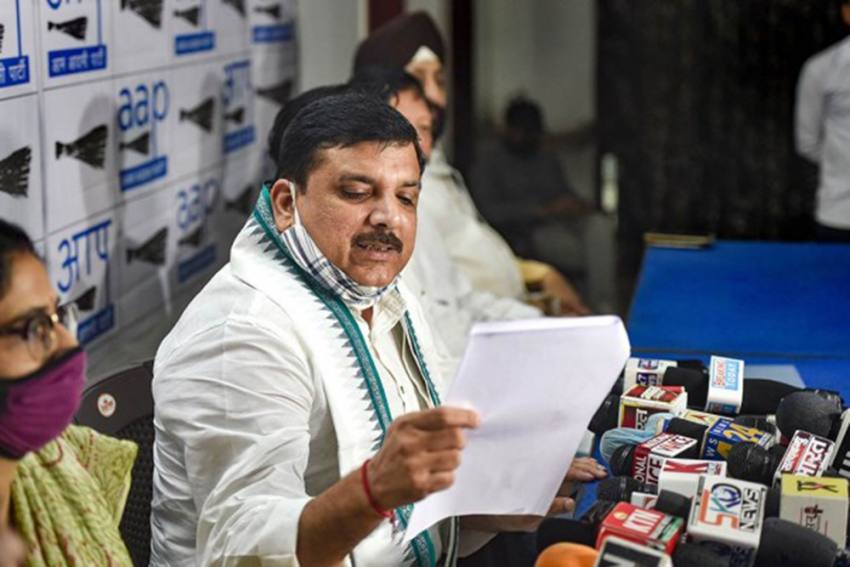 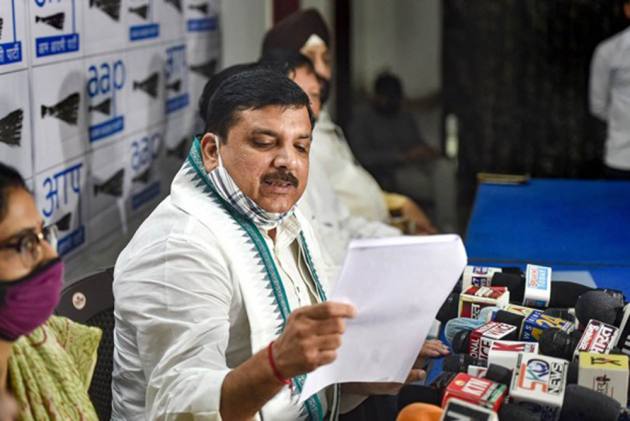 Aam Aadmi Party (AAP) MP Sanjay Singh on Tuesday claimed his house was attacked by BJP supporters as revenge since he had highlighted alleged corruption in the purchase of a piece of land in Ayodhya by the Ram temple trust.

AAP sources told PTI that the nameplate of Singh's house in Delhi’s North Avenue locality, was blackened by two people who also tried to forcibly enter the premises. The incident reportedly occurred on Tuesday.

The Samajwadi Party and the AAP had earlier accused Shriram Janmabhoomi Teerth Kshetra Trust general secretary Champat Rai of buying a piece of land worth Rs 2 crore at an inflated price of Rs 18.5 crore for the Ram temple premises with help from Trust's member Anil Mishra.

Earlier, Singh had sought a probe into the matter by the Central Bureau of Investigation and the Enforcement Directorate.

The members of the Trust have denied the Opposition parties’ allegations.

Amid these developments, Singh on Tuesday tweeted, “My house has been attacked. Listen carefully BJP supporters, no matter how much hooliganism you indulge in, I will not allow the funds collected for constructing the Ram temple to be stolen even if I am killed."

Reacting to the incident, Delhi BJP spokesperson Praveen Shankar Kapoor in a tweet called it a "scripted drama".

Kapoor said, "Yesterday, he tried to malign Ram Mandir construction, today he claimed attack on house, everything is a scripted drama".

Meanwhile, Deputy Commissioner of Police (New Delhi) Deepak Yadav said two people have been detained in connection with the attack on Singh’s house.

"An attempt was made to deface the nameplate at the residence of Sanjay Singh, MP. Two people have been detained in this regard. No physical injury has been caused to anyone. Further investigation is on," he tweeted.

Meanwhile, the Ram temple trust, according to sources, sent its explanation over the land deal controversy to the Union government on Sunday night, saying it did not pay more than the going rate.