ATS Launches Massive Crackdown On ISI Funded Terrorists In UP

When Prime Minister Narendra Modi was in Aligarh on Tuesday, the ATS, in collaboration with other investigative agencies, was tearing up the nails of terrorists in many cities of the state. 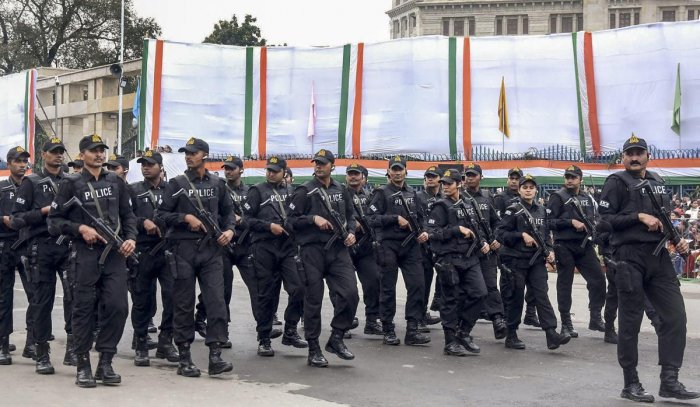 The continuous arrest of terrorists in Uttar Pradesh has increased the challenges of security agencies. Anti-Terrorist Squad (ATS) revealed the deep conspiracy of terrorists associated with ISI funded module from Lucknow, Prayagraj, Rae Bareli, Bahraich. The repeated visits of the President and the Prime Minister have intensified such activities and scrutiny. Now that PM Modi's arrival in Ayodhya is proposed for Diwali. Earlier, ATS under its supervision increased its activity by thwarting blasts in big cities.

When Prime Minister Narendra Modi was in Aligarh on Tuesday, the ATS, in collaboration with other investigative agencies, was tearing up the nails of terrorists in many cities of the state. After leaving, the ATS has started interrogation by taking three of his associates into custody. In such a situation, once again the layers of deep conspiracy of blasts are being revealed in the big cities of the state from Ayodhya, Kashi and Mathura. In the past, the arrival of Prime Minister Narendra Modi in Ayodhya was also proposed during the visit of the President.

The manner in which the activation of different modules of terrorist organizations are coming to the fore, it has increased the challenges of security agencies manifold. ADG Law and Order Prashant Kumar said that some inputs were received after which the ATS raided different places in Lucknow, Prayagraj, Rae Bareli's Unchahar and Pratapgarh.

Among them, Moolchand from Unchahar, Mohammad Amir Javed from Alambagh in Lucknow and Zeeshan Qamar, a resident of Kareli in Prayagraj were caught. After this, three of his other accomplices were also being interrogated in custody. Among them, one youth was present from from Prayagraj and another from Lucknow Alambagh.

In the initial interrogation, from Ayodhya to many big cities of the state, it has come to the fore that the terrorist organization is a direct target. The increasing terrorist activities in Lucknow sounded a big alarm bell.

On July 11, ATS had also recovered cooker bombs from Lucknow by arresting the terrorists of Gajwatul Hind module, Minhaj and Masiruddin as supported by the dreaded terrorist organization Al Qaeda.

Later, his three other accomplices Shakeel, Mohammad Mustakim and Mohammad Moin were arrested from Lucknow itself. During interrogation, deep connections of terrorists spread in many cities from Kanpur to many cities of western Uttar Pradesh had come to the fore.

Investigation of the matter is still in progress. Now the mutual connections of Minhaj and his associates with the terrorists of the ISI module will also be investigated.

Earlier, ATS arrested Popular Front of India (PFI) commander Ansad Badruddin and trainer Firoz Khan with explosives from Lucknow. Then the police had claimed to have revealed a deep conspiracy that terrified the big cities in the interrogation of both.

After the bomb was recovered from Prayagraj, the security agencies of Uttar Pradesh have made direct contact with the NSG. On the previous day, a bomb kept hidden in a front room located in the industrial area in Prayagraj was recovered. Police officials say that if the bomb is recovered behind the tin, it has also been contacted to defuse it and keep an eye on the possible activities there. There will also be a forensic examination of the recovered ID, although it is not yet clear from where the recovered bomb was to be detonated.

The activities of Muhammad Abu Bakr, a resident of Kaiserganj town of Bahraich, who was caught by the Special Cell of Delhi Police, have been suspicious amid the activation of security agencies. According to the local police officer, the accused is a resident of Pyaarepur village of Kaiserganj and has recently constructed a luxurious house and shop at Sunari intersection. The accused had gone to Pakistan for terrorist training. Security agencies fear that the links of terrorists are also related to the infamous Dawood Ibrahim. Dawood's brother Anees was given the responsibility of providing arms and ammunition to the terrorists in India.